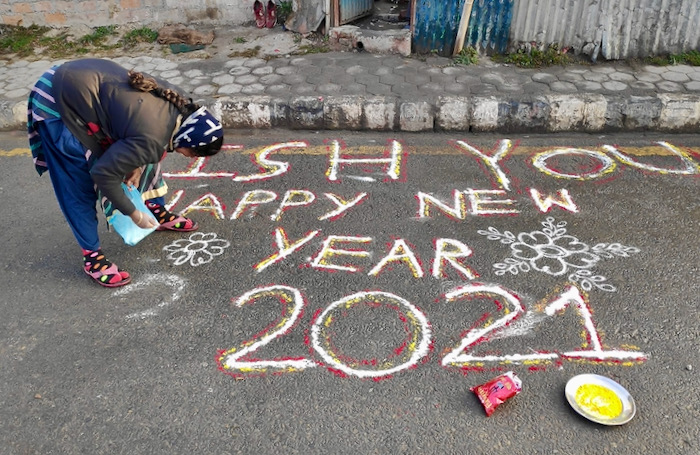 A festive New Year’s greeting from the streets of Kathmandu in Nepal.

A Global Source for More than a Decade

Holidays & Festivals expert Stephanie Fenton is internationally known for her reporting on major holidays, festivals and milestones that shape community life around the world. There are many other calendars that claim to provide this information at the click of a link or an app, but Stephanie is the leading journalist focused on actively reporting about these milestones. That’s important, because dates and times and even the names of these observances vary—as well as the meaning of these observances in various countries and cultures. In her columns, Stephanie explains the fascinating stories behind these events, advises readers on newsy updates—and always provides an array of links to learn more about everything from the history of the holiday to DIY holiday-related crafts and tasty traditional recipes.

NOTE: It’s simple to find these columns. Just go to the master year-long calendar via InterfaithHolidays.com

In 2021, we are adding even more value to this calendar. Front Edge Publishing’s Susan Stitt, who regularly works with our many authors and contributing writers around the world, always keeps an eye out for connections between Holidays & Festivals—and the books we publish. This year, we have invited Susan to collaborate with Stephanie on this calendar listing by adding some natural pairings with our books. To keep this coverage clear for readers, we are marking Susan’s book suggestions in blue.

Interested in a particular observance? We may have a book for that!

JANUARY is named for Janus, the Roman god associated with beginnings and transitions. The many month-long observances in various parts of the world include a special focus on Alzheimer’s disease (Canada) and on combatting human trafficking and slavery (U.S.). Over the past two decades in the U.S., January also has been designated National Mentoring Month. We’ve got related books. This year also is the 20th anniversary of the terrorist attacks on 9/11/2001, so our first new book in January will be Bill Tammeus’s Love, Loss and Endurance. 6—Epiphany (Christian) (Note: Observed in some denominations on nearest Sunday, January 3, in 2021)

10—Baptism of the Lord (Christian)

16—Religious Freedom Day We’ve got a book for that: Check out all the volumes of our Bias Busters series exploring religious and cultural diversity.

18—Martin Luther King, Jr. Day (U.S.) We’ve got a book for that: Blessed Are the Peacemakers.

FEBRUARY is another echo of ancient Rome, where februum meant “purification.” This year, the moveable season of Lent begins in February for the majority of Christians around the world. Lent begins in March in 2021 for those Orthodox Christians who follow different customs with their calendars. Among February’s month-long observances are Library Lovers Month and Black History Month in Canada and the U.S. (October in the UK). We’ve got many books for that. Look for our coverage in February of books including 100 Questions and Answers About African Americans and The Black Knight and Not Just Black and White. FOR LENT—Our Lent: Things We Carry and The Flavors of Faith and Jesus Christ Movie Star. Also, check out Susan Stitt’s column on her picks for 7 Best Books for 40 Days of Lent. This U.S. postage stamp was issued in honor of the Four Immortal Chaplains in 1948.

2—Candlemas (Presentation of Christ in the Temple) (Christian)

11—Our Lady of Lourdes (Catholic Christian) 19—National Caregivers Day (A unified national observance honoring caregivers has not yet been established, so there are various observances. The third Friday in February is one date and other groups mark the entire month of November.) We’ve got books for that: A Guide for Caregivers. In early 2021, we also will be publishing Now what? A Guide to the Gifts of Challenges of Aging.

MARCH‘s name recalls Mars, yet another Roman deity. Among March’s month-long observances are National Social Work Month and Women’s History Month, which includes International Women’s Day. We’ve got many books for that. Look for our coverage as we get closer to March. 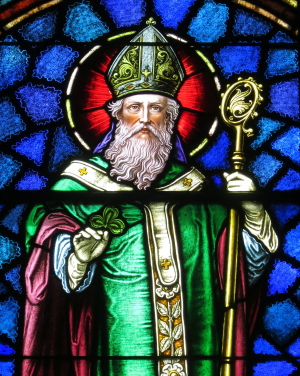 A stained-glass representation of St. Patrick.

5—Day of Unplugging We’ve got a book for that: Sadie Sees Trouble

8—International Women’s Day We’ve got many books for that, especially Friendship and Faith.

12—Girl Scout Day We’ve got a book for that: Reuniting the Children of Abraham

25—Feast of the Annunciation (Christian)

27—Fast of the Firstborn (Jewish)

27—Sundown, Pesach (Passover) begins (Jewish) We’ve got many books for that, including: Finding God in Unexpected Places: Wisdom for Everyone from the Jewish Tradition, The Flavors of Faith and This Jewish Life. As with many of these observances, look for our coverage of related books closer to Passover.

29—Vietnam War Veterans Day We’ve got books for that: 100 Questions & Answers about Veterans and The Black Knight.

APRIL‘s origin is debated by scholars but its name may reflect aperire, which means “to open.” Among April’s month-long observances are Arab American Heritage Month and Sexual Assault Awareness Month. We’ve got many books for that, but we especially want to highlight Light Shines in the Darkness: My Healing Journey through Sexual Abuse and Depression. We also will highlight 100 Questions and Answers about Arab Americans. 6—National Student Athlete Day We’ll have a book for that. In Spring 2021, we are publishing 30 Days with America’s High School Coaches, inspiring stories of real-life experiences with young athletes. 12—Sundown, Ramadan begins (Islam) We’ve got books for that, including: The Beauty of Ramadan and Our Muslim Neighbors. Look for more coverage of related books closer to the season of Ramadan.

21—Rama Navami (Hindu) (Note: Some Hindus begin reading the Ramayana nine days prior to the start of Rama Navami)

22—Earth Day We’ve got books for that, including God Is Just Love: Building Spiritual Resilience and Sustainable Communities for the Sake of Our Children and Creation.

Holidays and Festivals May 2021

MAY‘s name also comes from an ancient deity, in this case associated with fertility. Among May’s month-long observances are special devotions to Mary in Catholic communities, Asian Pacific American Heritage Month, Jewish American Heritage Month and Military Appreciation Month. We’ve got many books for that, so please look for coverage of related books closer to May. 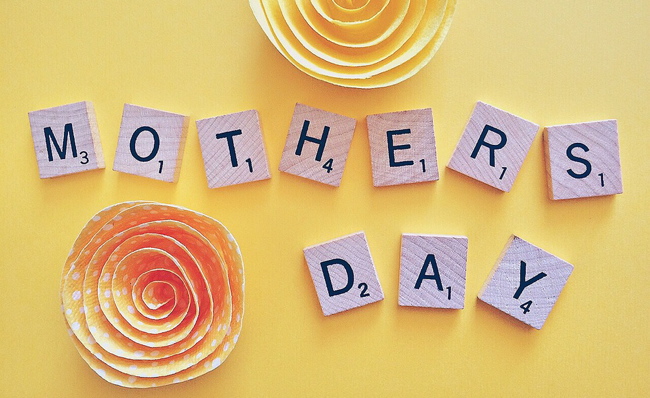 1—Free Comic Book Day We’ve got a book for that: Bullying Is No Laughing Matter.

5—Cinco de Mayo We’ve got a book for that: True Border, 100 Questions and Answers about the U.S.-Mexico Frontera

6—National Day of Prayer (U.S.) We’ve got a book for that: The Tree of World Religions

9—Mother’s Day (U.S.) We’ve got many great books for mothers. Look for coverage of those gift ideas closer to Mother’s Day.

22—Sundown, Declaration of the Bab (Baha’i)

31—Memorial Day (U.S.) We’ve got books for that: 100 Questions & Answers about Veterans and The Black Knight and Guide for Grief.

JUNE brings a wide range of festivals and summer-themed observances in communities around the Northern Hemisphere. In the U.S., Pride Month commemorates the Stonewall Riots in June 1969 and the birth of the gay-rights movement. We’ve got many books about diversity, including: 100 Questions and Answers About Gender Identity and 100 Questions and Answers About Sexual Orientation and Bullying Is No Laughing Matter and Embracing Love and Changing Our Mind. 6—National Cancer Survivors Day We’ve got books for that, including the upcoming Shining Brightly, plus Struck by Hope, GodSigns, and A Cute Leukemia.

14—Birthday of the U.S. Army We’ve got books for that: 100 Questions & Answers about Veterans and The Black Knight.

20—Father’s Day (U.S.) We’ve got lots of books to recommend for Fathers. Look for coverage closer to this date.

27—The Sunday of All Saints (Orthodox Christian)

JULY‘s name honors Julius Caesar, who was born in this month. More summer-time festivals are sprinkled around the Northern Hemisphere, including National Hog Dog Month and National Ice Cream Month in the U.S. That’s appropriate since this is the month of American Independence Day. 4—Independence Day (U.S.) We have a book for that: American History Made Easy.

8—Sundown, Martyrdom of the Bab (Baha’i)

17—Sundown, Hajj begins (Islam) We’ve got a book for that: Our Muslim Neighbors.

24—Pioneer Day (Mormon) We’ve got a book for that: 100 Questions & Answers about the Church of Jesus Christ of Latter-day Saints.

AUGUST was named after another Roman emperor, Augustus. Among the month-long observances are Happiness Happens (no kidding!) and National Immunization Awareness Month, which is promoted by the CDC in the U.S. Lughnasadh and Lammas have long been a first harvest festival, giving thanks for grains and baking with the freshly-sown crops. Photo courtesy of Wikimedia Commons

6—Feast of the Transfiguration, Transfiguration of Our Lord (Catholic Christian, Anglican Christian, Orthodox Christian) (Note: In some liturgical calendars (ex: Lutheran and United Methodist), the last Sunday in the Epiphany season—February 14, this year—is also devoted to this event)

15—Dormition of the Theotokos (Orthodox Christian)

SEPTEMBER‘s name is a remnant of the fact that Romans once had 10 months and this was the seventh, hence “sept.” A whole series of cancer-awareness observances have been clustered in September, including special efforts to highlight childhood cancers, gynecologic cancers, leukemia, lymphoma, ovarian cancer and thyroid cancer. We have lots of books about coping with cancer and caregiving. 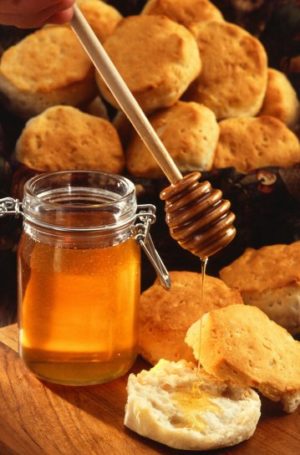 Honey is eaten with various foods on Rosh Hashanah. Photo courtesy of Pixnio

4—Paryushan Parvarambha begins (for some Jains)

8—Nativity of the Virgin Mary/Theotokos (Christian)

11—Patriot Day (U.S.) This is the 20th anniversary of the terrorist attacks on 9/11/2001. We have a number of books that include this important historical milestone, which changed interfaith and cross-cultural relationships. In 2021, our newest book on this theme is Bill Tammeus’s Love, Loss and Endurance: A 9/11 Story of Resilience and Hope in an Age of Anxiety.

11—Paryushan Parva (for some Jains)

29—Michael and All Angels (Christian)

OCTOBER retains its old reference to this being the eighth month in the old Roman system, thus “oct.” One of the biggest cancer-awareness campaigns—Breast Cancer Awareness Month—takes place each October. This also is National Bullying Prevention Month. We’ve got books for both of these observances. By October, we will remind readers about helpful books for families coping with cancer and caregiving. Among our resources to combat bullying, we’ve got Bullying Is No Laughing Matter and The New Bullying. 11—Indigenous Peoples Day We’ve got a book for that: Dancing My Dream.

11—Columbus Day (U.S.) We have a book for that: American History Made Easy.

NOVEMBER was named for novem or “ninth,” continuing the ancient Roman custom of numbering months. This is Native American History Month, We’ve got books: Dancing My Dream as well as The Flavors of Faith, among others. November also is National Family Caregivers Month and National Hospice Month—so we will highlight various books as we approach this month. 24—Sundown, Day of the Covenant (Baha’i)

DECEMBER, with dec for “ten,” wraps up the old Roman system of numbering months. Sinterklaas arrives in the Netherlands.

12—Feast of Our Lady of Guadalupe (Hispanic Catholic Christian)

25—Feast of the Nativity (Orthodox Christian)

We continue to update this list, month by month. As you read the list, you may discover we have missed a fascinating observance or detail. If so, please email us at [email protected].