For several years, Burton and I spent winters in a congenial golf course community in Sarasota. I often ventured into town to stay a tad culturally connected. So  I was recently surprised to learn a significant social/humanitarian event had occurred almost under my nose and I’d known nothing about it. 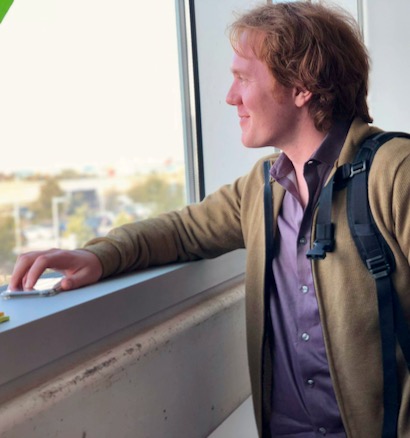 As a youth, he started his own website for “proud white children.”  His dad, Don Black, founded the internet’s largest hate site, Stormfront.org.  His godfather was David Duke, a former KKK Grand Wizard.  Derek joined his dad on a radio program and organized his own White Supremacist conference.  He was deemed “the crown prince” of the movement.

In his 20s, Derek recanted his beliefs.  He now espouses diversity and inclusion. 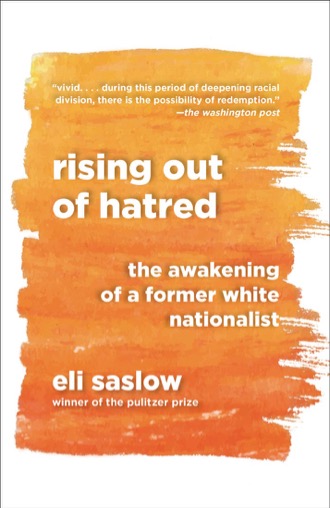 This bright, mild mannered young man wowed a mostly liberal audience of about 500.   I was so taken with him that I bought the book Rising Out of Hatred, by Washington Post journalist Eli Saslow.  It tells the story of Derek’s struggle and is a page turner. (Amazon currently sells the hardcover, but the paperback will be released by September.)

A good student from Palm Beach County on Florida’s east coast, Derek chose to attend Sarasota’s New College, Florida’s honors college, attended by 800 mostly liberal students.  His first friend on campus was Juan, a Puerto Rican.  His second was Matthew, a Jewish student who hosted Friday night Shabbat dinners in his dorm room.  His girlfriend, for a while, was Rose, also Jewish.

These relationships posed conflict for Derek.  Saslow writes that white nationalists were trying to save whites from “inevitable genocide by mass immigration and forced assimilation.”  In Derek’s words, before his change of heart: “We are Europeans.  We have a right to exist.  We will not be replaced in our own country.’”

At New College, Derek initially revealed none of his beliefs.  Among student friends, he’d excuse himself for a few minutes at a time to join his father on the radio.   Saslow describes Derek’s bifurcated life: “breakfast at New College with Rose and one of her transgender friends and then Thanksgiving dinner with Don, Chloe, and a few former skinheads in West Palm Beach.”

Eventually, a New College grad student, Tom McKay was writing his senior thesis on U.S. paramilitary groups.  He came across Derek on the Internet and posted his findings on the school’s inter-student forum.   Word spread.  Most students ostracized Derek.  Matthew, the only Orthodox Jew on campus, thought his friend might someday change his mind.  He continued hosting Derek at Shabbat dinners.  His roommate, Allison, was so incensed she kept her door closed when Derek was around.

In time, Allison opened her door.  She and Derek began enjoying adventures together, kayaking in Sarasota Bay or strolling St. Armand’s Key.  They both avoided discussing Derek’s philosophy.  As they grew fonder of each other, Allison began asking him about, and later arguing against, his beliefs.

When Derek finally recognized the harm his opinions could cause people he cared about, he wrote a powerful apology.  He sent it to the Southern Poverty Law Center, an organization  critical of his former ideology.  He asked them to publish his apology in full.

Saslow writes of the anguish Derek felt in betraying his parents’ beliefs.  The author spent hours talking to Don Black.  Though impaired from a stroke, Derek’s dad has resumed a relationship with his son.  Derek’s mother and step sisters are less forgiving.

Interviewer Canty said there are at least 1000 identified hate groups in the US and that Michigan has the 4th highest number of hate crimes.  In light of recent attacks on synagogues, I was intrigued by Derek’s response to a question about anti-Semitism.  In 2008, Derek had written on Stormfront, “Jews are the cause of all the world’s strife and misery.”

Derek no longer sees Jews as behind a “conspiracy theory,” or what Saslow calls a “plot to weaken the white race by promoting multiculturalism.”

Derek is currently working toward a PhD in the history of the Middle Ages at the University of Chicago.  He received his master’s at Western Michigan University.

I can’t imagine how hard this young man’s journey has been.  The shame he’s felt; the courage he’s shown.  Thanks, Derek, for sharing your story.  And for blazing a trail of forgiveness.

One thought on “Derek Black changes his mind about white nationalism”