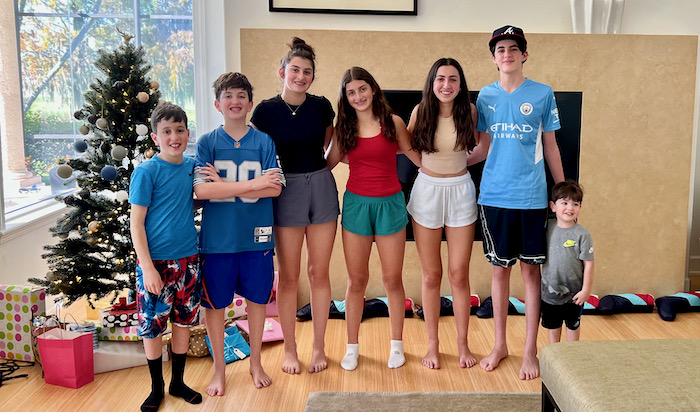 At heart, I’m a romantic.  I write about people going through tough times and coming out if not on top, at least older and wiser.  Most of my columns have happy or happier endings.

This one: who knows?

A flock of white pelicans landed in the lake behind our home in Florida. Seeing them, I felt a jolt of much needed joy.  The pelicans brought to mind a poem about a different bird.  The best poems capture and synthesize universal experiences.  Coleridge’s The Rime of the Ancient Mariner, written more than 200 years ago, is especially relevant today.  The poem, which many of us studied in high school and fumed over its interminable length, seems to symbolize what we mortals have been through the past two years.

The poem’s about a crusty old sailor who tells the story of a voyage that was long, lonely and harrowing—much as these pandemic days have been.  The sailor’s ship was stuck on an ice jam when an albatross appeared.  Believed to be good luck, the bird was fed and appreciated by the ship’s crew.  Nevertheless, the mariner shot the bird.  Anger from his crew, draught and bad weather ensued.  The poem contains the verse most of us know—whether or not we remember its origin.

The poem seems apt these seemingly endless days of worldwide isolation. Days of suspicion—is he sick?  Is she vaccinated?  Days of alienation and lack of simple human connection from wearing masks and following arrows down supermarket aisles.  Heaven forbid you forget the roasted almonds and proceed the wrong way to grab them. Days and months on end of flights canceled and the inability to see no less hug friends and loved ones in person.

We were delighted to have the whole family together at Christmas.  Because we’re Jewish, we haven’t had a Christmas tree.  Son David made the independent decision to change that.  He procured a fake tree and gold and silver balls and set up the decoration in our family room.  Blasphemous though it might have been, we all loved it.  The whole family showed up for Christmas morning, exchanged gifts and had great fun. We were overjoyed to be together again.

We were going to take a family photo that evening, after we’d had a chance to primp.  I’d purchased big letters spelling out 2022.  I’m incapable of prevarication, however.  I returned to the party store and purchased blow up letters that spelled out: ALMOST.  The store was completely out of the letter S, but some number 8s kind of resembled an S, so I bought an 8 instead.  Problem solved.

Or so I thought.

The afternoon of Christmas, David felt tired and achy.  He and brother Andy drove to Walgreens for test kits. Result: positive. Twice.  Andy and Amy and the girls tore out of the house to return to Illinois.  Nadine and the boys raced away and fled back to Michigan.  David went to bed in our beach apartment and remained there for the next few days.

So much for the best laid plans.

Writing about a crisis—be it a marital or a health problem—somehow brings me solace, gives meaning to the suffering.  So here I find myself reflecting again.  A house that’s way too quiet.  A Christmas tree that needs breaking down.  And spirits that need propping up.

Rainer Maria Rilke was an Austrian poet and novelist known for his contributions to German literature.  For a while he was secretary to the sculptor Rodin.  Traumatized by his service in WWI, beset by health and marriage troubles, Rilke produced some searing writings.  One of his poems, from the Book of Hours, is especially meaningful during these prolonged pandemic days.  In Go to the Limits of Your Longing, Rilke writes of God’s urging him to keep on keepin’ on, no matter what:

“…Let everything happen to you: beauty and terror.  Just keep going.  No feeling is final.”

A true artist can create a poem or a painting (think: Munch’s “The Scream,”) a book or film that captures the zeitgeist.  A flock of white pelicans may not seem like anything to get excited about.  But, hey, these days I’ll take what I can get.

Just keep going.  And, God willing, have a happier and healthier New Year!

Need Your Own Jolt of Joy?

Here’s Suzy’s photo of the pelicans— 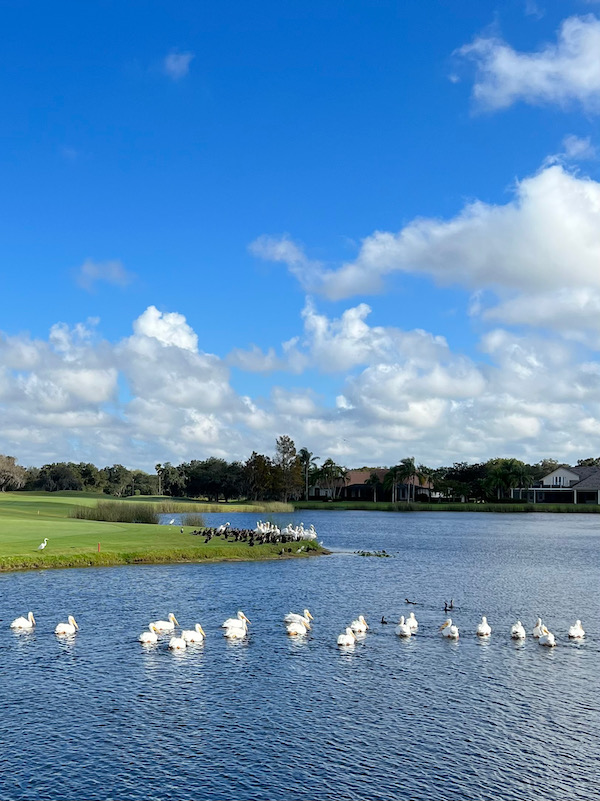