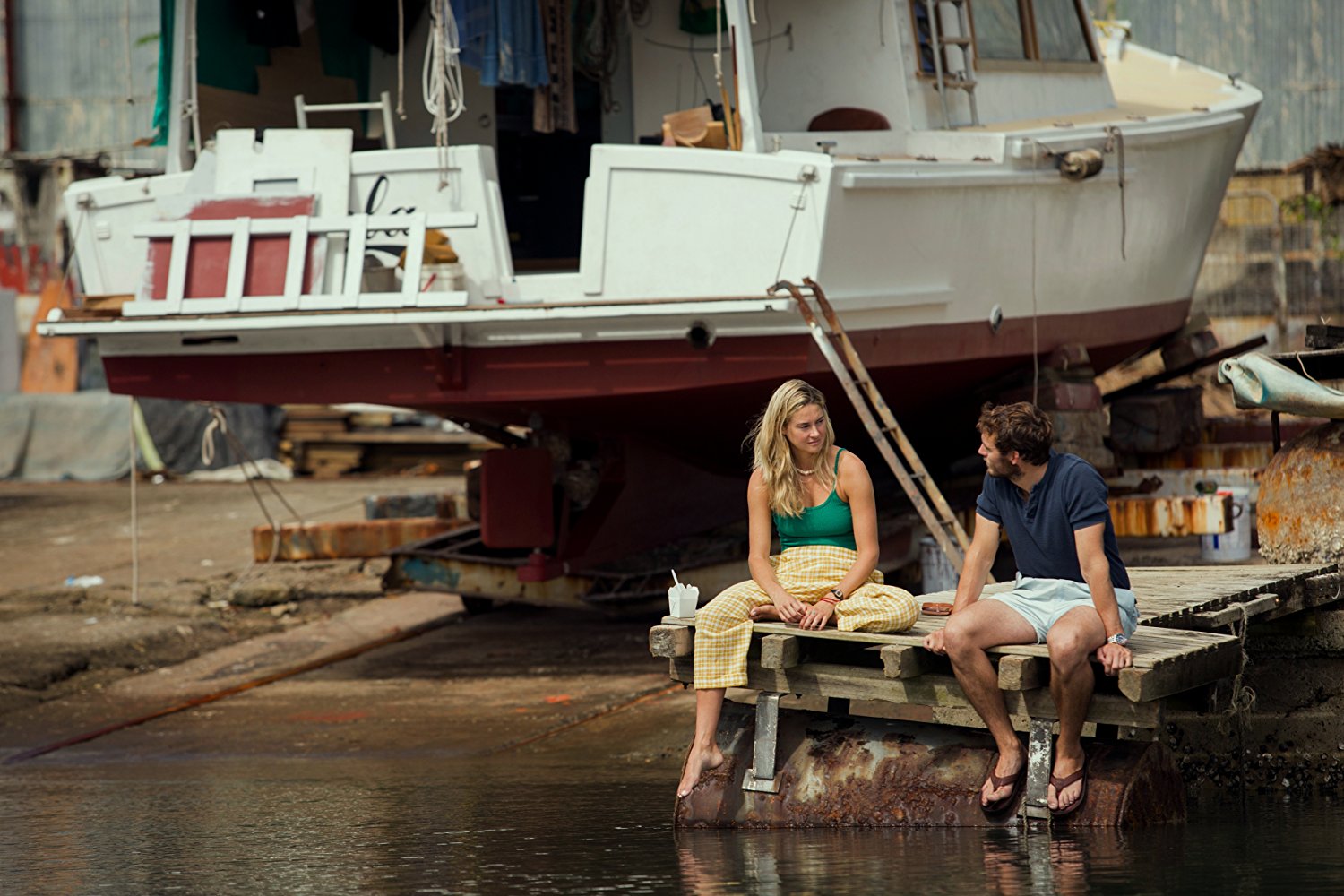 Save me, O God,
for the waters have come up to my neck.

Icelandic director Baltasar Kormákur’s film makes a worthy addition to the list of “lost at sea” films such as Life of Pi, Castaway, and All Is Lost. Based on Tami Oldham Ashcraft’s memoir Red Sky in Mourning: A True Story of Love, Loss, and Survival at Sea, it tells the story of a 41-day ordeal by the author, who is convincingly portrayed by Shailene Woodley. Though not as stark as All is Lost, the film, a love as well as a survival story, will hold your attention and contain a twist that might have you saying, What…?”

Beginning with the unconscious Tami waking up to find the yacht’s cabin filling up with water, the film moves back and forth between the present and the events leading up to it. On Tahiti the globe wandering Tami is financing her nomadic life style by scraping paint from a boat. We learn that she is from California but has no intention of returning anytime soon. She first sights Britisher Richard Sharp (Sam Clafli) arriving on his boat for some R&R. Soon the two are a pair, and Tami’s seamanship becomes evident during their many forays away from the island on his yacht. The hitherto bachelor proposes, and she accepts.

They are joined by an older couple who had known Richard back in England. They are planning to return to England and need someone to sail their yacht on to Hawaii, so Richard accepts—he and Tami see the $10 K the couple are offering as the means for financing their intended plan to sail around the world together.

All goes well until the worst storm of the year, with its 40-foot waves, looms ahead, and they are unable to get out of its way. Richard is swept overboard, but when Tami regains consciousness she spots him clinging to the yacht’s dingy, so she frantically sets out to rescue him. What follows is a nightmare extending for over 40 days. It is even more frustrating because the crew of a merchant ship fails to see the signal flares that Tami shoots into the sky. Fortunately, there is some potable water aboard and a small amount of canned food. The latter is fortunate because Tami is a vegetarian, at first averse to killing fish, though when the food supply is exhausted, she forces herself to overcome her qualms.

The film is another testimony to the resiliency of the human spirit, as well as to the power of the human mind to produce convincing fantasies—perhaps strengthening her chance of survival?

In this lost at sea film a young woman fights the elements to keep herself & her finance alive after he is swept overboard and their boat disabled during a storm.
Editor Rating ★★★★★4 out of 5
More Details