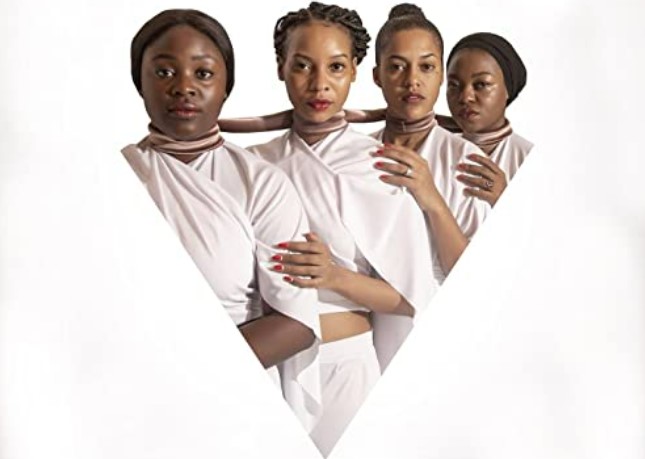 A good woman is hard to find,
and worth far more than diamonds.
Her husband trusts her without reserve,
and never has reason to regret it.


Save me, O God,
for the waters have come up to my neck.
I sink in deep mire,
where there is no foothold;
I have come into deep waters,
and the flood sweeps over me.


When he came to Nazareth, where he had been brought up, he went to the synagogue on the sabbath day, as was his custom. He stood up to read, and the scroll of the prophet Isaiah was given to him. He unrolled the scroll and found the place where it was written:

“The Spirit of the Lord is upon me,
because he has anointed me
to bring good news to the poor.
He has sent me to proclaim release to the captives
and recovery of sight to the blind,
to let the oppressed go free,
to proclaim the year of the Lord’s favor.”

Tanzanian director and writer Seko Shamte, with fellow writer Angela Ruhinda, decries the plight of four women whose stories are loosely connected by their gender that leaves them almost powerless in a male-dominated society. The title means “young woman” in Swahili. Their stories might take place in the far off  metropolis of Dar es Salaam, but similar stories are also unfolding in Manhattan and St. Louis and San Francisco. Through our brief encounters with Tumaini (Bertha Robert), Angel (Magdalena Munisi), Stella (Helen Hartmann), and Rose (Godliver Gordian) we can feel the dilemma and despair felt by millions of women around the world.

Tumaini owns a small convenience store where outside lurk goons sent by a loan shark to collect the large loan taken out by her father who has abandoned her and her mother. She seeks to borrow funds, but is unsuccessful, the only man willing to come up with the money attaching sexual conditions to the loan. She even persuades her mother to let her sell the latter’s wedding ring in a vain attempt to come up with the impossible amount of cash. While pondering what to do, she encounters a schoolmate who used to own a shop next to hers, Angel.

Angel, designer and owner of a bridal salon, wants to marry the handsome man her mother senses is not right for her because he is subject to fits of jealousy-fueled anger. The latter warns her, “He almost broke your arm the last time. He’ll take your life next. We’ve survived without men for all these years. We don’t need them to live.” The warning becomes a prophecy when the man, believing she is paying too much attention to another man, posts a nasty Instagram attacking her. He eventually sets her shop afire. As she breaks away from her abuser and starts to rebuild her shop, a customer named Stella encourages her.

Stella is married and eager to produce a baby. The IVF treatments she and her husband are unsuccessful, so their doctor suggests they break it off for a few months and see if nature can take its course. Their new regimen results in her becoming pregnant, but their relief and joy is cut short when she suffers a miscarriage. She sinks into a despondency which her husband is unable to dispel. A woman named Rose who has gone to the same medical clinic greets her when she is at the beach.

Rose is a working mother with two children, a daughter and a young son.  At home it is Rose who assumes most of the chores of cooking, housekeeping, and tending to the children. Their small son cries all the time. She worries about the boy but her husband says that he will grow out of the phase. The boy doesn’t, and when the daycare tells her she must remove the child, Rose discusses with her husband the possibility of sending him to a school serving special needs children. It is too expensive even with their combined salaries, so she suggests that one of them should quit their job and stay home until the boy grows older. The husband makes less than she does, but will not even consider giving up his job. Out of desperation Rose sends the child away to her mother in a far off village so that he can receive the attention he needs.

The film ends with a long Swahili poem recited rapidly—indeed, so rapidly that you will be glad you are watching this on Netflix so that you can go back and catch the words. It basically says what Angel’s mother had told her daughter, that a woman does not need a man to survive or find meaning. The film’s tag line, “It’s hard being imperfect,” reminded me of the opening lines of the last chapter of the Book of Proverbs wherein the author, no doubt a male, describes the perfect woman or wife in a long series of descriptions of her chores or services (all domestic!) the woman performs—for her husband! Thus it has been, even in supposedly Christian circles wherein Christ is seen as the liberator of the oppressed (see Luke 4:16-19)—we men, Ms. Shamte says, just don’t get it. Nor will a church where men dominate.

The film does not offer solutions, instead leaving it to the audience to wrestle more with the problems faced by the women. In this respect she is like the great Italian film director Federico Fellini who in an interview said that he does not like to end his films with a “solution” to the moral problem of his protagonists, that he wants to leave the audience with the responsibility for seeing a solution (if there is one), otherwise, they are getting off too easily. What Seko Shamte leaves us with is the opportunity to wrestle with the concerns of three modern women. She does intimate through their brief encounters, and even more so when Rose reluctantly sends her son to live with her mother whom she knows will nurture him, the importance of communal relations—the old African proverb springs to mind, “It takes a village to raise a child.” This is enough—let the film viewer take up the story and share them with peers. I am grateful to Netflix for bringing this fine example of world cinema to us in North America. Let’s hope we will see more of Ms. Shamte in the future.

This review will be in the February r issue of  VP along with a set of questions for reflection and/or discussion. If you have found reviews on this site helpful, please consider purchasing a subscription or individual issue in The Store.

Through the stories of 4 modern Tanzanian women the unequal struggle of women against patriarchy is explored.
Editor Rating ★★★★★5 out of 5
More Details