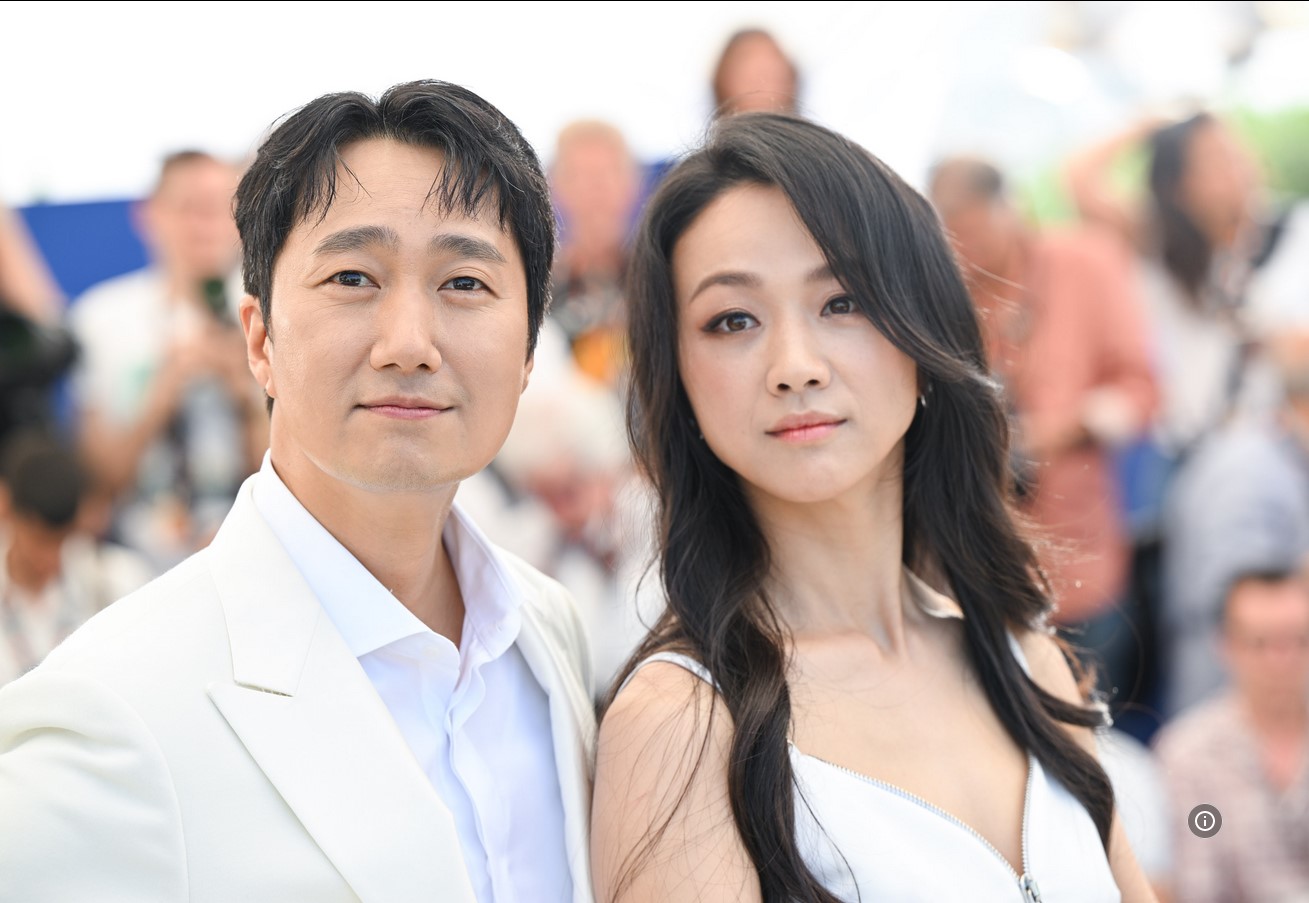 My joy is gone; grief is upon me; my heart is sick.

Korean director Park Chan-wook’s suspenseful thriller will leave you with an aching heart, but one that is glad for the opportunity to become involved with its star-crossed lovers. If you enjoy Hollywood’s classic film noir, you are bound to be mesmerized by this plunge into mayhem, murder, and love.

The setting is the Korean city of Busan where Detective Hae-Joon (Park Hae-il) is struggling with an unsolved case. Hae-Joon is married to Jung-an (Lee Jung-hyun), but there is a distance between them because her work often takes her to another city. He would like to smoke his cigarettes, but Jung-an forbids this. An insomniac, he thus volunteers for surveillance stake-outs. His suit has extra pockets, in one of which he keeps the eye drops which he frequently needs.

When a Korean man, an avid climber, falls to his death from a mountain, it at first seems like another climbing accident. However,  the unemotional reaction of the man’s Chinese wife, Seo-rae (Tang Wei), to the death of her much older husband arouses the detective’s suspicion. He learns of the husband’s abusive treatment and notices while watching her interrogation on  a TV monitor a trace of a smile. Also her return to her work, caring for elderly people who seem to love her, seems too quick. She states,“Living old people come before dead husbands.”

Hae-Joon is soon moved by the widow’s personal story: she had come to Korea illegally because her grandfather had been a soldier in the nation’s defense against the Japanese invaders in the 1930s. She worked hard to win his decoration for his service to the nation. The detective observes her closely during from his surveillance post at night. During interrogations his feelings for her grow, and she reciprocates. They begin keeping company in the apartment he rents for the many times he has to be away from his home. It is more than clear that his lackluster marriage is over.  Seo-rae has a strong alibi. And yet there is compelling circumstantial evidence against her, The hitherto meticulous sleuth is pulled between his sense of duty and the consummation of his love.

Just as it seems the decision to absolve her of any crime by ruling the husband died a suicide, the plot takes one of several twists—the viewer is almost always caught off balance throughout this unusual film. It is filled with unique camera shots and sequences in which the sea and the coast are prominent. The suspense of the beach sequence at the climax of the film, as we see what Seo-rae is about to do, with the camera cutting away to Hae-Joon racing in his car to find her, is almost unbearable. The score by Yeong-wook Jo joins with the masterful cinematography of KIM Ji-yong and the impressive acting of the two stars to make this a powerful film experience. It is not just Hollywood filmmakers who know how to create a film noir that leaves us with a melancholic sense of “it might have been.”

A Korean cop falls for the widow whom he suspects killed her husband, with unexpected consequences for his wife, himself, & the woman.
Editor Rating ★★★★★4 out of 5
More Details