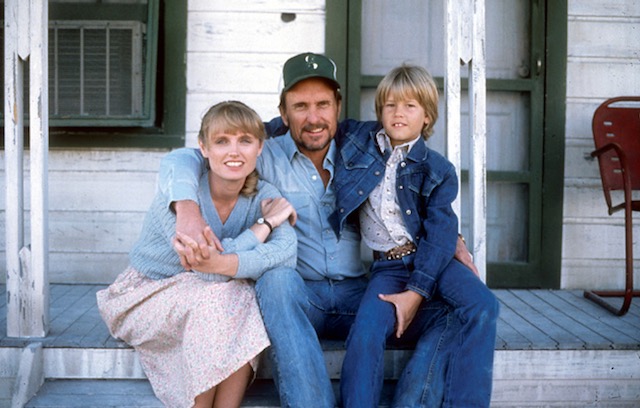 EDITOR’S NOTE: For more than 2 billion Christians around the world, Lent is the season of prayer and reflection that prepares people’s minds and hearts for Easter. This is a time for self-examination, trying to follow Jesus’s example and to recommit to service for another year. Each week, Ed McNulty will be posting reflections based on scripture passages and films that may help to enliven your Lenten journey. Ed’s series follows the Western cycle of Lent. We also welcome any Eastern Christians who could easily adapt these 40 readings to their calendar by starting on Clean Monday.

You are invited to respond with your own observations, and possibly with a film that you think will add to our faith conversation. This will make the series more than a monologue and benefit us all in our walk with Christ toward the Cross and Resurrection. Those of you leading other believers will thus find a rich trove of film and Scriptures to share in your teaching and preaching. 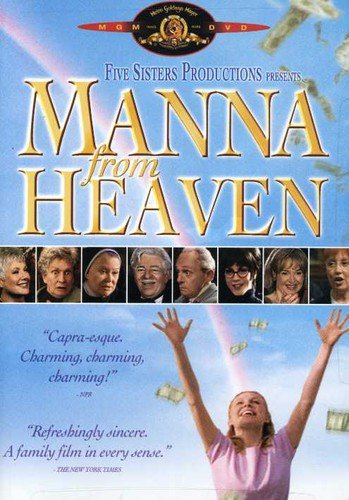 We begin this solemn season on a light note with this comedy created by five Catholic sisters (blood-sisters, not members of an order). In Buffalo NY the back door of a bank truck flies open and thousands of dollars are wafted into the air and then fall upon a street below. When members of a Catholic family eagerly scoop it up the pious young Theresa tells her family that they can keep the money they find as a gift from heaven (none of them learn that the money fell out of a bank truck), but years later when she is grown and has become a nun Theresa says she now realize it was a loan, so they must return it. The action of the film begins on Ash Wednesday and runs through Easter Sunday, hence the reason I thought this would serve as a good beginning for our series of reflections.

The humor of the satirical film is in the various ways that the family members, who have long since spent most of the money, either try to follow the dictates of Sister Theresa or try to evade her diction. A scam artist uncle and his wife even plot to steal the purse when everyone has returned their portion. Clearly the family members have shown by their acts where their treasure and their hearts are.

During this tax season and this era when many are bothered by the growing gap between the wealthy and the shrinking middle class and growing number of poor, we would do well to think about Jesus’ challenging words, “For where your treasure is, there your heart will be also.” When we respond in the Eucharistic liturgy to “Lift up your hearts,” do we really mean, “We lift them up to the Lord”? And does this involve making any changes? 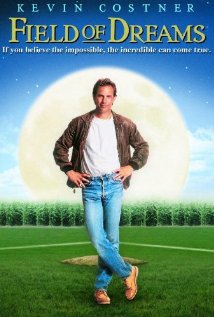 Now the Lord said to Abram, “Go from your country and your kindred and your father’s house to the land that I will show you. I will make of you a great nation, and I will bless you, and make your name great, so that you will be a blessing.

For I am not ashamed of the gospel; it is the power of God for salvation to everyone who has faith, to the Jew first and also to the Greek.  For in it the righteousness of God is revealed through faith for faith; as it is written, “The one who is righteous will live by faith.”

Millions have felt their hearts touched by this father-son film enshrouded in a mystical call. Unlike the patriarch Abram, Iowa farmer Ray Kinsella does not know who or what is calling him “to build it,” or “who will come.” But the voice is so compelling that he lays aside his skepticism when he has a vision of what he is to build, as foolish as it seems to his neighbors, he plows under part of his corn field to build a base ball field. And from that crazy act flows a series of events that sets him off onto Joseph Campbell’s Hero’s Journey, culminating in as blessed an outcome as God had promised to Abraham.

This wonderful movie always brings to my mind the musing of United Nations Secretary Dag Hammarskjöld in his journal, Markings: “I don’t know Who — or what — put the question, I don’t know when it was put. I don’t even remember answering. But at some moment I did answer Yes to Someone — or Something — and from that hour I was certain that existence is meaningful and that, therefore, my life, in self-surrender, had a goal.”

On this second day of our Lenten journey, may you reflect back upon your call, mysterious or mundane, and think where it has led you and what blessings you have experienced along the way. Also, did this film touch you in some particular way? It did me, but I won’t share until some of you respond. 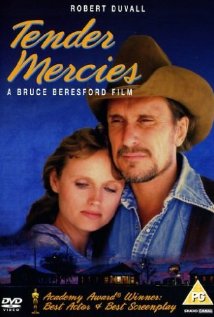 The Lord is gracious, and full of compassion; slow to anger, and of great mercy.
The Lord is good to all: and his tender mercies are over all his works.

In this gentle tale of redemption Mack Sledge’s call to a new life begins on the floor of a motel room, its floor littered with empty liquor bottles. Once a famous C-W singer/writer, Mack since his divorce, has drowned his sorrows in a bottle, but on this day as he wakes up in an alcoholic buzz, he acts differently. Informing the widowed owner Rosa Lee that he is broke but is willing to stay and work off his bill, his offer is accepted. After a period of pumping gas and making much-needed repairs, he offers to stay on, and the  two agree on a salary. Almost before we know it, Rosa Lee has accepted his marriage proposal, with the approval of her young son Sonny. So much of Mack’s story transpires off camera!

Rosa Lee is a devout Christian. It is from her words to Mack, about praying for him and Sonny every night and thanking God for “his tender mercies,” that the film derives its title. Rosa Lee sings in the church choir, and when she introduces Mack to the pastor and they talk about Sonny’s upcoming baptism, the minister asks Mack if he has been baptized. He replies, “No,” and the clergyman says, “We’ll have to work on that.” He apparently does, for come the Sunday that Sonny is submerged in the water and raised to the Trinitarian formula, the baptistry curtains close. The camera closes on Rosa Lee’s beaming face. The curtains part, and there is Mack, solemn, but pleased looking. So is Rosa Lee. Again, something spiritually significant has transpired off camera, the faithful pastor obviously having presented the call to follow Christ to his new parishioner.

Theologically, baptism marks the beginning of our discipleship. In a conversation on the way home from the service Mack answers Sonny’s questions about change and looking different because of their baptism by replying, “Not yet.” I think he has an intuitive understanding that both of them are going through a spiritual process. There will be for him a lot of pain, and even some confusion about his faith when tragedy strikes, but upheld by the persistent love of Rosa Lee and the tender mercies of God, we know that Mack will grow in strength of spirit, along with Sonny.

This is a good time to reflect upon the meaning of your baptism. When and how did it take place? How has it made a difference in your life?

A guide for this film is in the March 1998 VP and in my book Faith & Film: A Guidebook for Leaders. 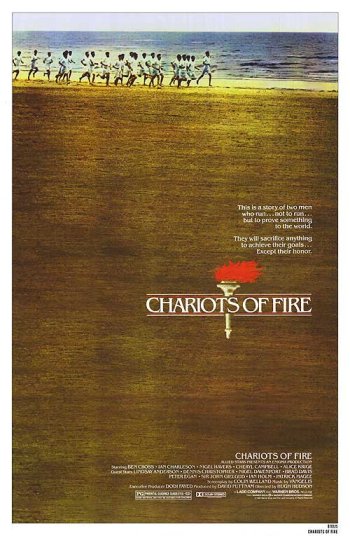 They shall mount up with wings like eagles/They shall run and not be weary/ They shall walk and not faint.

Do not be conformed to this world, but be transformed by the renewal of your minds…

This 1981 film follows the exploits of two runners at the 1924 Olympics. Though both are important, it is Eric Liddell’s Standing by his principles that concerns us here. Dubbed “The Flying Scotsman” because of his many wins on the track field, he tells his critical sister who is fearful that sports will derail his plans to become a missionary to China that God gave him the gift of speed and that it pleases God when he runs fast. However, on the way to the Paris Olympics, when Eric learns his race is scheduled for a Sunday, he informs his coach that he will not run. Pressure is put on him, especially by news reporters, and even the Prince of Wales joins a group appealing to his patriotism to change his mind. He stands fast, agreeing to run only when another athlete nobly offers to change events with him.

On the Sunday when he was to run Eric leads in a chapel service the words of Isaiah, and the camera cuts to the runners, the action beautifully matched to the prophet’s words. Eric does run, and wins, but the film makes clear that the victory really worth celebrating is that of his not giving in to the pressures to surrender a deeply held value.

What pressures are you under—at work, or at leisure, or at home—to violate something you hold dear? Have you been as strong as Eric, or have you given in? And if the latter, what enabled you again “walk and not faint”?