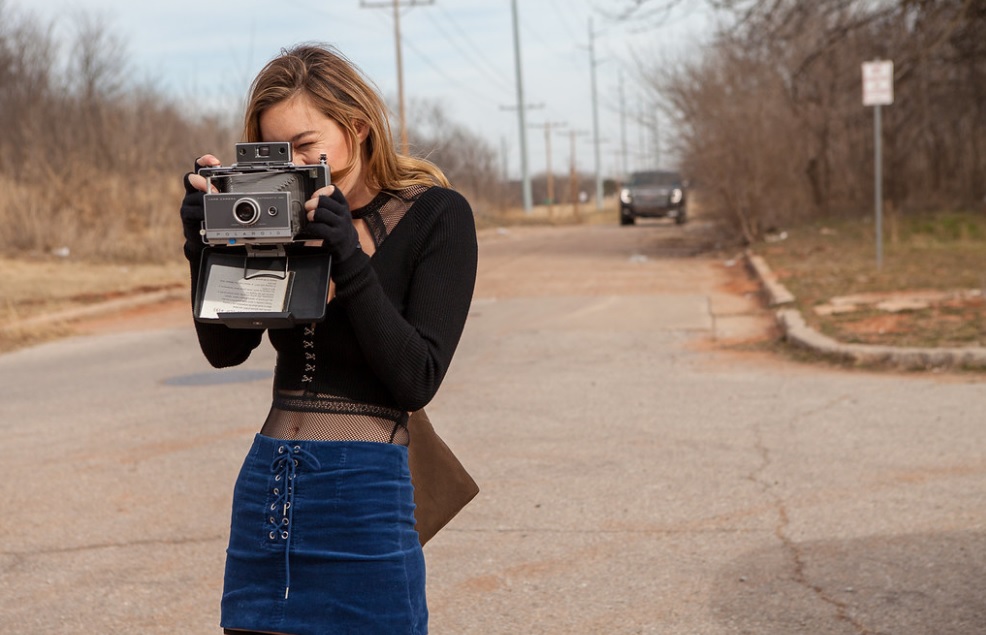 When the Lord first spoke through Hosea, the Lord said to Hosea, “Go, take for yourself a wife of whoredom and have children of whoredom, for the land commits great whoredom by forsaking the Lord.” So, he went and took Gomer daughter of Diblaim, and she conceived and bore him a son.


But law came in, with the result that the trespass multiplied; but where sin increased, grace abounded all the more…

Director/writer Ryan Daniel Dobson was inspired by the ancient prophet when he wrote and directed this love story that unfolds in the darkness of human lust and depravity. However, instead of the story focusing on the prophet and his mission to a fallen nation,  Dobson centers his film on the former prostitute turned wife in present day Oklahoma City. Unlike the Biblical prophet, we are given the back story of how Gomer—here renamed Cate—became a prostitute.

The film begins when Cate (Margaret Fall) and Henry (Aiden Singh) are adolescents in Oklahoma City. We never see her parents, but as she walks by her house, we can hear them arguing. Her passing it by to join her friend Henry no doubt is from her reluctance to face the domestic turmoil that afflicts both child and parents. Though young, she and India-American Henry are in love. She is delighted when he presents her with a gift, a film pack for her Polaroid camera. Judging by her rundown house, she does not have much money for her hobby. She immediately loads the camera and takes a picture of Henry.

Henry then blurts out the sad news that his family is moving away. He assures her that he will write and return some day, but she is so upset by his news that she does not stay for further talk. Henry pursues her, but she is such a fast runner that he cannot catch up to her. A little later she expects a ride from her father, but a man named Balthazar shows up instead, explaining that her dad asked him to pick her up. In his car he looks at her in an inappropriate way that makes the viewer very uncomfortable.

Jump ahead twenty years. Cate (Camille Rowe) is dressed in a microskirt and thigh high stockings and a halter. She looks like the paid sex server that she is. She lives with Donovan (Josh Pence), her pimp, and another young woman of the evening. Cate services a man and brings home to Donovan the payment. We have been led to believe that her downfall started as a result of that scene of in the car of lust that is only hinted at twenty years earlier. She is into drugs and during fits of depression cuts herself in the locked bathroom.

One of Cate’s trysts in an automobile with a john named Andrew (Patrick Cavanaugh) is interrupted when the police spot his car parked in an unusual place. He makes her hide on the floor They do not get out of their patrol car, so he is able to talk his way out of the situation. They drive on, and he order rudely orders her to get out, even though they are in an isolated place. It is as if he regards her as a piece of dirt befouling his car, so no wonder why she is disgusted with herself.

We also learn that Cate has higher aspirations than being a plaything for men. At an art museum she has somehow connected with a staff member named Bruce (Timothy Fall). She has been bringing him the photographs that she enjoys taking. Yes, it is with that same Polaroid camera she had as a child. Bruce offers comments on her composition, encouraging her to do more than take snapshots. Tell a story. There could be a show in the results, he tells her. Maybe she can aspire to something higher than her present estate.

In a bar where a client has just rejected her, Cate spots Henry (Avi Nash) in a booth having dinner with three others. She slips out without greeting him. Still, with the help of the bar tender, he manages to track her down, telling her he had been looking for her ever since coming back to town. She is upset that so much time has passed, but he convinces her that he still loves her.

Henry is now an architect working with a partner to transform an old church building into a hotel or set of apartments. She leaves Donovan and seems to be on the road back when she discovers that Henry’s’ partner is the client who had ordered her from his car. Scorned by him, it’s back to Donovan again with her sex for sale, and her overpowering urge of self-cutting—of a more serious nature this time. What future does she have? Is she beyond the reach of redemptive love in a world where men like Andrew can be accepted as respectable leaders?

Ryan Daniel Dobson is a committed Christian who studied to be a minister, but he does not see his film as a “Christian film,” at least not in the sense of those who make “faith based” films. He does not preach. He wants to tell a compelling story that will leave the viewers with “space” in their minds to think about the story and its implications for their own lives. (See my interview with him for more in the October VP.)

I don’t know of any faith-based film that is as nuanced as this one. The story of Hosea is an X-rated story that secular filmmakers would have made into an R-rated production, filled with shots of naked bodies intertwined in their illicit pleasuring. But in that car scene twenty years earlier, by cutting away after just a hint of what Balthazar had on his mind when he picked up young Cate, Dobson makes this a PG film in respect to sex. (I had to go back to that brief scene with young Cate and the ghoul in the car to make sure that my assumption at what transpires off camera was correct.)

This is one of those films in which a good amount of meaningful action takes place out of sight of the viewer. The scenes of the grown Cate engaging clients propel it into R-rated territory, but none of those scenes are filmed as provocative as in other such films dealing with the sex trade or adultery. I suspect that Cate’s drug use and cutting convinced the rating board to give it an R-rating more than any of the brief sex scenes, but this is a film that could be shown with youth as well as adults because of the discreteness of the filmmaker.

The film, of course, is not about sex or drugs, but rather about grace, as is it also is in the Biblical book. Grace as unmerited favor; of acceptance in spite of; of personal redemption when all means of self-help have been destroyed; of salvation by a, in George Matheson’s glorious words, “O Love that will not let me go.” Or maybe you prefer the more popular hymn “Amazing Graze.” Cate will make as fine a wife and possibly a mother as was that former slave ship captain John Newton, transformed from a sordid past into a pastor and hymnwriter!

Those who have been nourished by the writings of Paul Tillich will especially appreciate this film’s sensitively written script. I am especially thinking of the theologian’s famous sermon based on Romans 5:20 “You Are Accepted,” in which he proclaimed, “You are accepted. You are accepted, accepted by that which is greater than you, and the name of which you do not know. Do not ask for the name now; perhaps you will find it later. Do not try to do anything now; perhaps later you will do much. Do not seek for anything; do not perform anything; do not intend anything. Simply accept the fact that you are accepted! If that happens to us, we experience grace.” If these great words do not apply to Cate, then to whom could they ever apply?

This review will be in the October issue of VP along with a set of questions for reflection and/or discussion. If you have found reviews on this site helpful, please consider purchasing a subscription or individual issue in The Store. You will discover that your $39 pays for not just 12 issues of a journal that includes the discussion questions for the films, but a large archive of over 2200 films and even more reviews and special articles in all  past issues of Visual Journals dating to 2012.

The Biblical HOSEA transformed into a modern love story centered this time on the prostitute and her background but still focused on grace.
Editor Rating ★★★★★5 out of 5
More Details