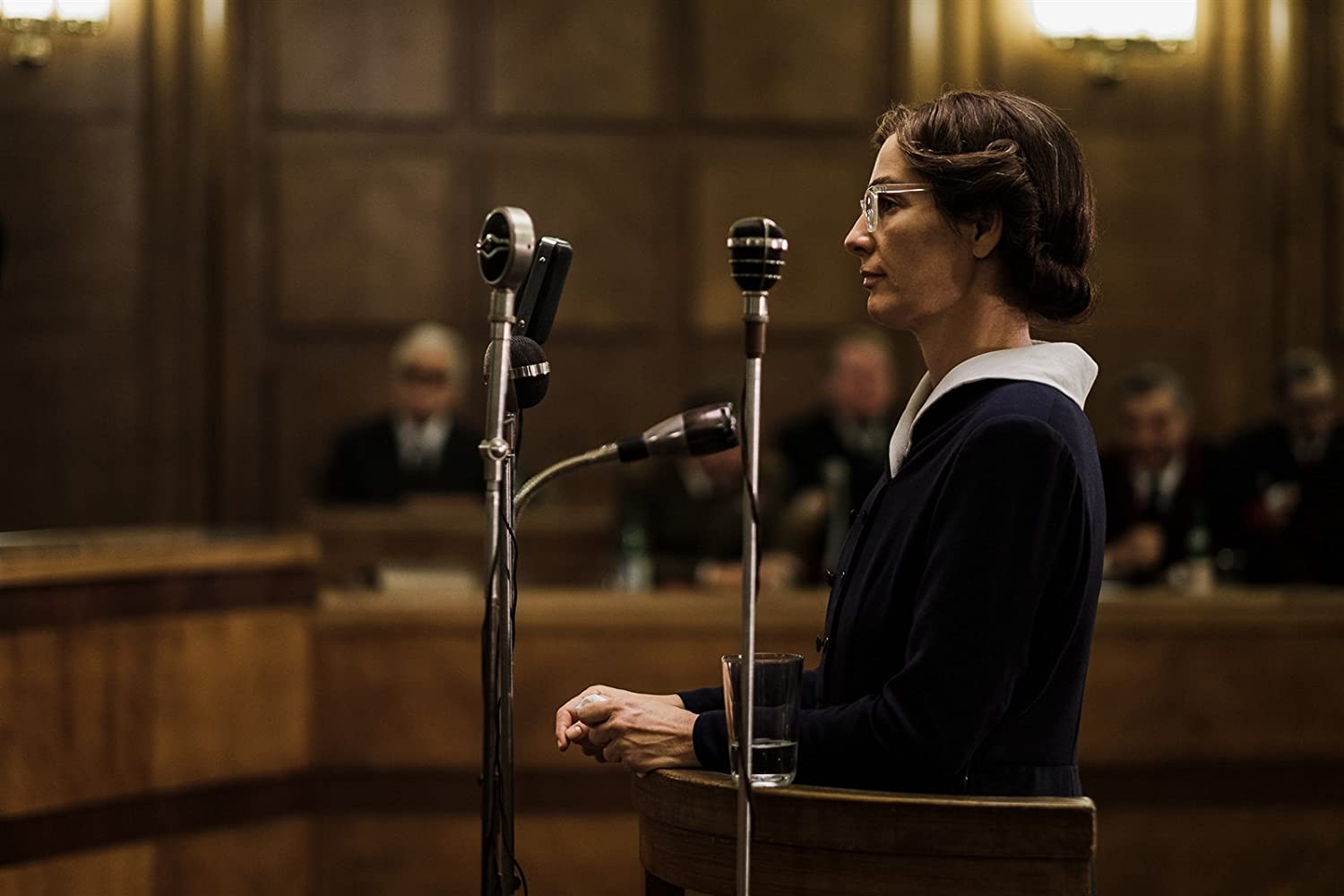 I have said this to you, so that in me you may have peace. In the world you face persecution. But take courage; I have conquered the world!”

We should all be grateful to Netflix for bringing us Czech director David Mrnka’ s English language film about a social justice advocate most of us know nothing about. Milada Horáková, born in 1901, became a lawyer when few women were able to rise to this status. She championed labor and women’s issues and in the late 1930s tried unsuccessfully to warn the English of Hitler’s true intentions, returning to he native land to take part with her husband  Bohuslav Horák in the resistance to the Nazis, imprisonment, and after the war, to her resistance to and arrest by the Communists, who tortured and executed her.

It is appropriate that Netflix released the 2017 movie this year, as it marks the 70th anniversary of this martyr’s death (June 27, 1950). That day is now celebrated by Czechs as Remembrance Day in honor of all the victims of the communist regime, the date picked to especially honor Milada Horáková. The few English language reviewers I have been able to find have largely panned the film, but I found that the film is well worth watching, despite its flaws.

Milada is book-ended by the martyr’s daughter Jana returning from the USA to Prague to receive her mother’s letters and honors. Insisting that she read one of the letters before meeting with the committee and the press, she unfolds and reads a letter aloud, her voice soon changing to that of her mother’s. In a series of flashbacks, and flash-backs within flashbacks, the story of the courageous woman unfolds like a secular passion play.

Reminded of Carl Theodor Dreyer’s The Passion of Joan of Arc, I believe this film could have been named The Passion of Milada of Prague. She, her husband Bohuslav Horák and little daughter live with her sister, husband, and their father. It quickly becomes obvious that the sister has misgivings about what she regards as her sister’s neglect of Jana because of her immersion in politics and resistance to tyranny. The sister is upset during the Nazi era that Milada had slipped the list of resistance members she was carrying into the basket of her daughter when the family was stopped and searched by the Gestapo. During the almost 5 years of Milada and Bohuslav’s imprisonment by the Nazis, she and her husband had cared for the girl, and they repeat that role when the Communists come to power and arrest Milada. In one scene Milada confronts her sister with the complaint she had made to her daughter about her neglect, bringing their rift into the open.

These details of the politician’s personal life deepen our appreciation of her as a human being undergoing great personal sacrifices. (In a tender scene the two sisters do reach reconciliation.) Milada had answered her party’s bid to run for Parliament, but when the phony election brings the Communist Party to power, she decides to resign in protest. However, this is not the end of her resistance, she using her government position to help dissidents acquire the means to clandestinely flee the country for the West. Her sister and others urge Milada and Bohuslav to do the same, but the couple keep putting off the inevitable until it is too late. Bohuslav manages to go into hiding and then flee to West Germany, but the more public Milada is taken into custody. (Bohuslav reunites with Jana in the USA in 1968, after a long struggle to get her admitted into the country.)

Milada’s interrogation is brutal and relentless, consisting of sleep deprivation and beatings (fortunately we are shown more of their aftermath than their infliction)—all which will end her thuggish tormentors tell her if she will sign the confession typed out for her. The show trial, which Premier Gomulka attends, does not turn out to be the perfect theater piece patterned after the infamous Moscow trials, thanks to her courage. Appeals for clemency from the imposed death sentence poured in from all over the world—from Eleanor Roosevelt, Albert Einstein, Winston Churchill, Jean-Paul Sartre, and the World Council of Churches. Sadly, Premier Klement Gottwald (Jiří Vyorálek) was a puppet of Stalin. No amount of appeals could move the cold heart of the man who had murdered millions of his own countrymen. Unlike when she was captive to the Germans, she is not allowed a family visit—until 20 minutes before her execution when her daughter, sister, and brother-in-law are allowed to see, but not touch her. The filmmakers had the cooperation of Jana, who somehow learned of her mother’s courageous last words from the scaffold. This may be an imperfect film in cinematic terms, but it still is effective in telling the story of a strong woman who fought two of the greatest repressive systems of the last century, Nazism and Communism. Her voice was silenced, but her example of concern and courage live on.

The story of Czech martyr Milada Horáková, from her pre-WW 2 attempt to warn the British of Hitler's intentions, through her imprisonment by Nazis & Communists, including the impact on her family.
Editor Rating ★★★★★4 out of 5
More Details