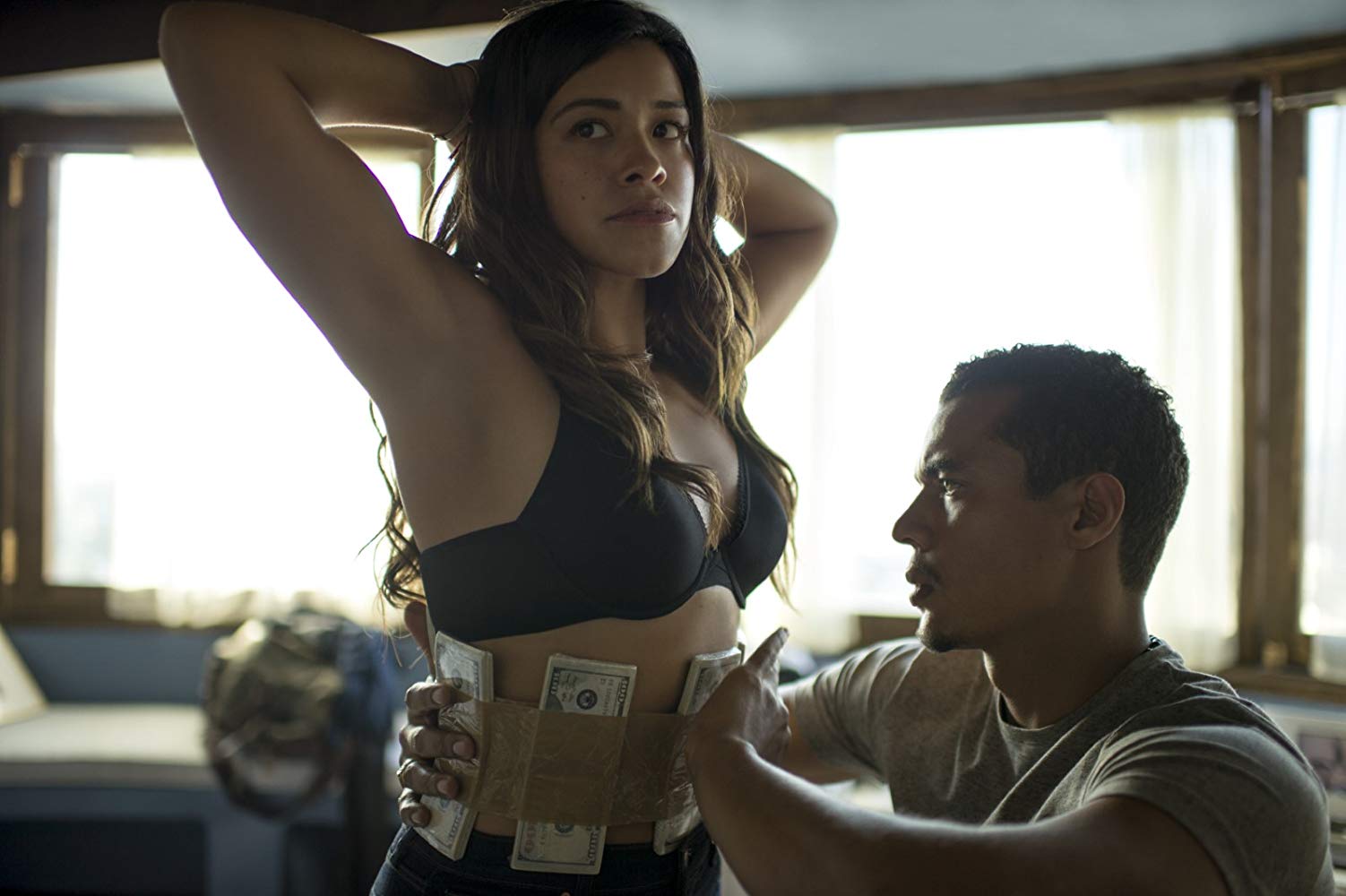 Director Catherine Hardwicke and screenwriter Gareth Dunnet-Alcocer have adapted a Mexican thriller and moved the female victim at its center from Mexico to Los Angeles. Gloria (Gina Rodriguez) works in show business as a make-up artist, and when her friend Suzu (Rodlo) back in her hometown of Juarez enters the Miss Baja California beauty pageant, she returns to lend her talents to her preparation. The night before registration the two friends decide to go out on the town together, which is when the trouble begins.

Thugs out to assassinate a local corrupt politician walk into the crowded club and start shooting. In the ensuing pandemonium the two friends are separated. Afterward Gloria is not sure what has happened to Suzu. The next morning when she tells a cop she had seen close-up some of the killers, he tells her that he will take her to the police station to report the incident. Instead, he transports her to the lair of Lino (Cordova), head of the local drug gang that had instigated the shooting. He refuses to tell her about Suzu other than to assure that she is alive. He uses Gloria as a mule and also as an unaware agent that leads to the deaths of several American DEA agents who have been spying on the gang.

When Gloria is picked up and grilled by DEA agents, they assume that because she had been driving the car that blew up and killed their colleagues, she must be a part of the gang. Thus, she is caught between the two groups, with both her and the disappeared Suzu’s life in grave danger.

As Gloria becomes entangled with Lino, she learns more about his troubled background and witnesses his brutal nature. He also forces her to enter the Miss Baja California beauty pageant. This part, with her never participating in any kind of talent or swimsuit competition, nor undergoing interviews with the judges, seems as unbelievable as the inevitable shootouts. One has to set such matters aside as “It’s only a movie.”

This will not be a film you might not remember this time next year, but it does provide a female character—Latina at that—who emerges from a mundane life to become a strong rebel against the men who would misuse her. Never underestimate the ability of a woman to discover hidden resolve and to develop new lifesaving (and life-taking) skills.