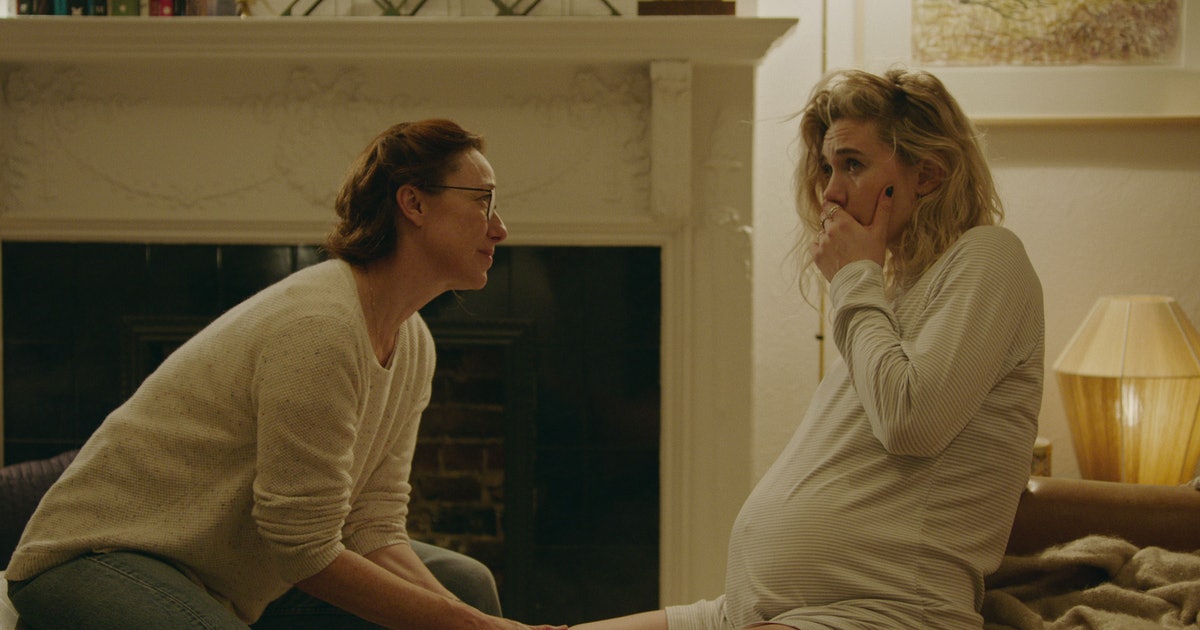 …Weeping may linger for the night, but joy comes with the morning.


A truthful witness saves lives, but one who utters lies is a betrayer.

Hungarian director Kornél Mundruczó’s first English-language feature is for those who prefer a study of marital and in-law relationships to endless cycles of chases and things blowing up. Every couple eagerly anticipate their first child, but if things go wrong, the results can drive apart rather than bring together the young couple, especially if a displeased mother-in-law is hovering near by. Such is the case of Bostonians Martha (Vanessa Kirby) and Sean (Shia LaBeouf), a couple who have bonded across class lines. Martha is from a rich family, whereas Sean is a blue collar worker who builds bridges.

The heavily pregnant Martha leaves her office for her maternity leave amidst merry congratulations from her colleagues. She meets her husband and her mother Elizabeth (Ellen Burstyn) at her brother-in-law Chris’s auto dealership where the wealthy Elizabeth presents them with a minivan. Sean is not happy about this, it being evident that his disapproving mother-in-law is doing this as much to show him up as to help the pair.

That night Martha’s water breaks. Sean calls their midwife because they intend this to be a home birth. Barbara is busy with another birth, so she sends Eva (Molly Parker) instead. Eva competently takes charge, and as Martha undergoes nausea, anxiety, and pain during labor, Eva calms and encourages her. Eva tells Sean that the baby’s heart rate seems dangerously low and advises that they go to the hospital, but when he tells Martha, she refuses. At last the infant, a girl, arrives, but is the wrong color, and Eva cannot prevent her going into cardiac arrest. All of this is captured in one tour de force shot by the roving camera!

During the ensuing months Martha and Sean struggle with their grief. The couple meet with the coroner, who tells them they cannot establish an exact cause of death. There are differences over what to do with the infant’s body, as well as with the room and the baby items they had accumulated. Without consulting Martha, her mother has initiated proceedings against Eva, everyone considering the midwife to be at fault, including the press who see a story in the upcoming trial.

Martha and Sean have pulled so far apart that their attempt to engage in sex drives them further apart. A recovered addict, Sean reverts to cocaine again and even enters into an affair with their female lawyer, who is Martha’s cousin. The cruel Elizabeth, instead of helping the couple to heal sees her chance to break the couple up by offering Sean a large sum of money if he will leave town. Will love or money win out?

At the trial everything is set up to put Eva in a bad light, despite the fact that she had compassionately dealt with Martha and suggested that she go to a hospital. The outcome will depend on Martha’s testimony the following day.

The film’s ending is quite symbolic, first consisting of Martha scattering their daughter’s ashes from a bridge, and then, apparently years later, a little girl climbing an apple tree. We take it that the tree is from one of the seedlings from an apple that Martha had stored in her refrigerator and nurtured in an earlier scene. Martha comes to the girl, and the mother and daughter go into their house.

When Martha's infant dies during home birth, she & her husband drift apart because of the different ways they deal with grief.
Editor Rating ★★★★★4 out of 5
More Details