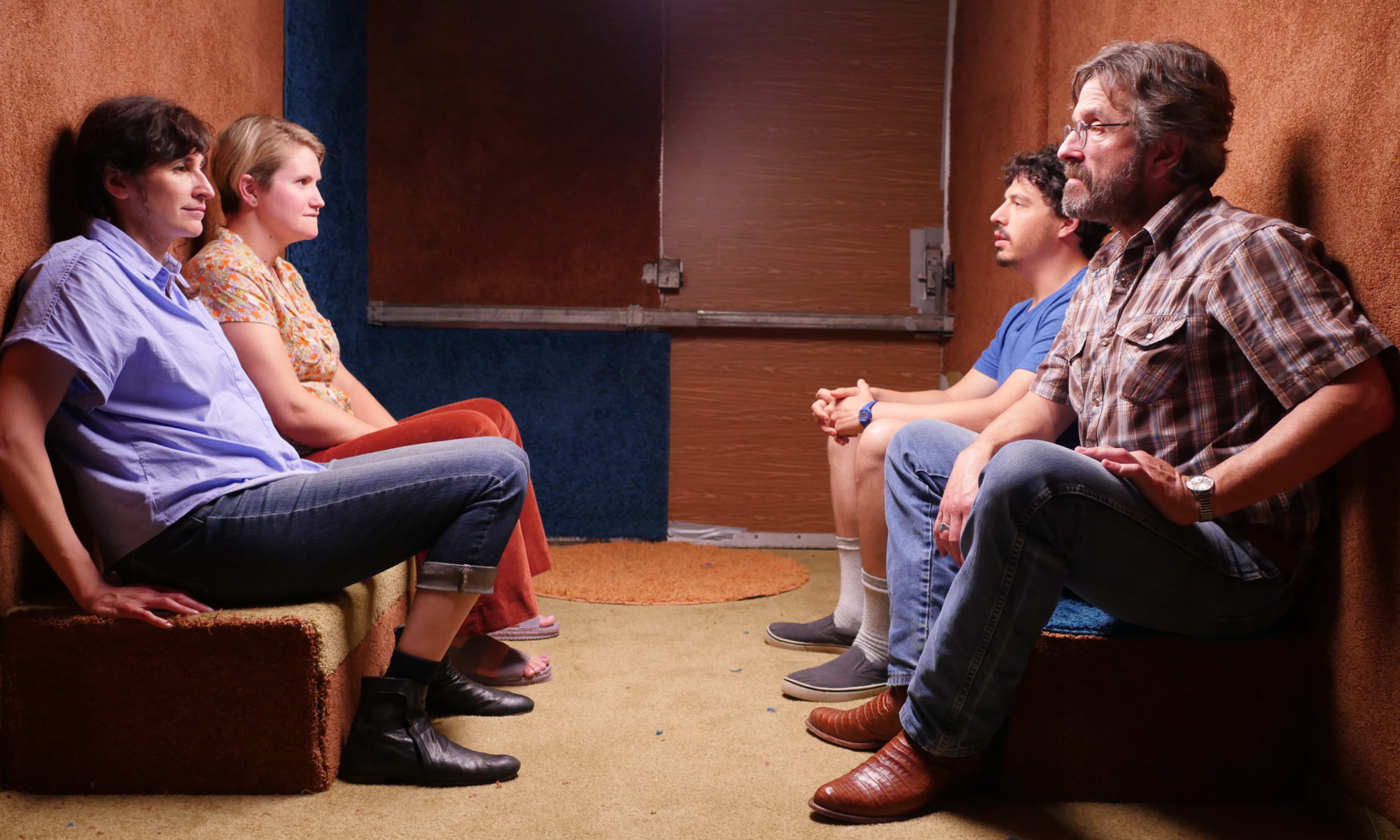 Lynn Shelton’s film featuring a lesbian couple trying to sell a sword they inherited to a Birmingham Alabama pawnshop owner is a delightful satire of human greed and proneness to illusion. Ms. Shelton also is co-writer, with Michael Patrick O’Brien, of the script.

Cynthia (Jillian Bell) and her wife, Mary (Michaela Watkins), have come to the Southern city because Cynthia’s grandfather has included her in his will. However, instead of receiving his valuable house, she is given an old sword that had been in the family since the Civil War. He had borrowed too much on the house, so now the bank owns it. When the two bring the sword to the pawn shop owned by Mel (Marc Maron), he examines it, declares it is indeed a Union Civil War sword, and offers her $400. According to the supporting papers with it, including a letter written by Granddaddy, the sword had belonged to belonged to General Sherman, or Sheridan—the old man had been demented when he wrote the letter–and had been given over to an ancestor when the North surrendered to the Confederates at the end of “The War of Northern Aggression.”

Cynthia turns the offer down, and it would seem that is the end of their relationship. However, Mel’s dopey assistant Nathaniel (Jon Bass) does some quick Googling and discovers there are a lot of Southerners known as The Invictucians who believe that there is a huge conspiracy to hide the truth that the South actually won the Civil War. They will pay big money to purchase artifacts that will back up their belief. Mel is on the phone again, and soon he and the couple are dickering over terms and such.

There follows a bizarre string of events: an attempt by robbers to steal the sword; contact with a wealthy Southern kook who sends a goofy but angry minion called Hog Jaws (Toby Huss) to transport the women and Mel and his partner to an unknown destination to sell the sword; a debate over the flat earth theory; and more.

The film offers an amusing escape at the expense of conspiracy theorists, who in real life have gained a lot of credence—I wonder if that detective in Honolulu who was sent by you know who is still turning up “amazing” facts about Obama’s African birth?

For a brief moment, in the back of the windowless truck in which our four protagonists are being transported to the secret home of the potential buyer (played by Dan Bakkedahl), the four exchange information about one another, much of this being improvised, I have read. Mel opens his heart concerning his relationship with his drug-addicted wife Deirdre, whom earlier we had seen coming to him begging for help. (She had been played by the director.) For a moment we see beneath his gruff cynicism a man hurting badly from the remorseless blows of life. This little film didn’t stay around long, but if you like wild tales filled with quirky characters, this is worth the effort to find it.

No questions for this funny but probably hard to come by movie. I searched for an appropriate Scripture, but even a word search for “fool/foolish” didn’t turn up anything suitable.

Lesbian owners of a Union Civil War sword & a pawnshop owner & his assistant travel to the home of an unknown wealthy Southerner who believes it will prove the South won.
Editor Rating ★★★★★4 out of 5
More Details