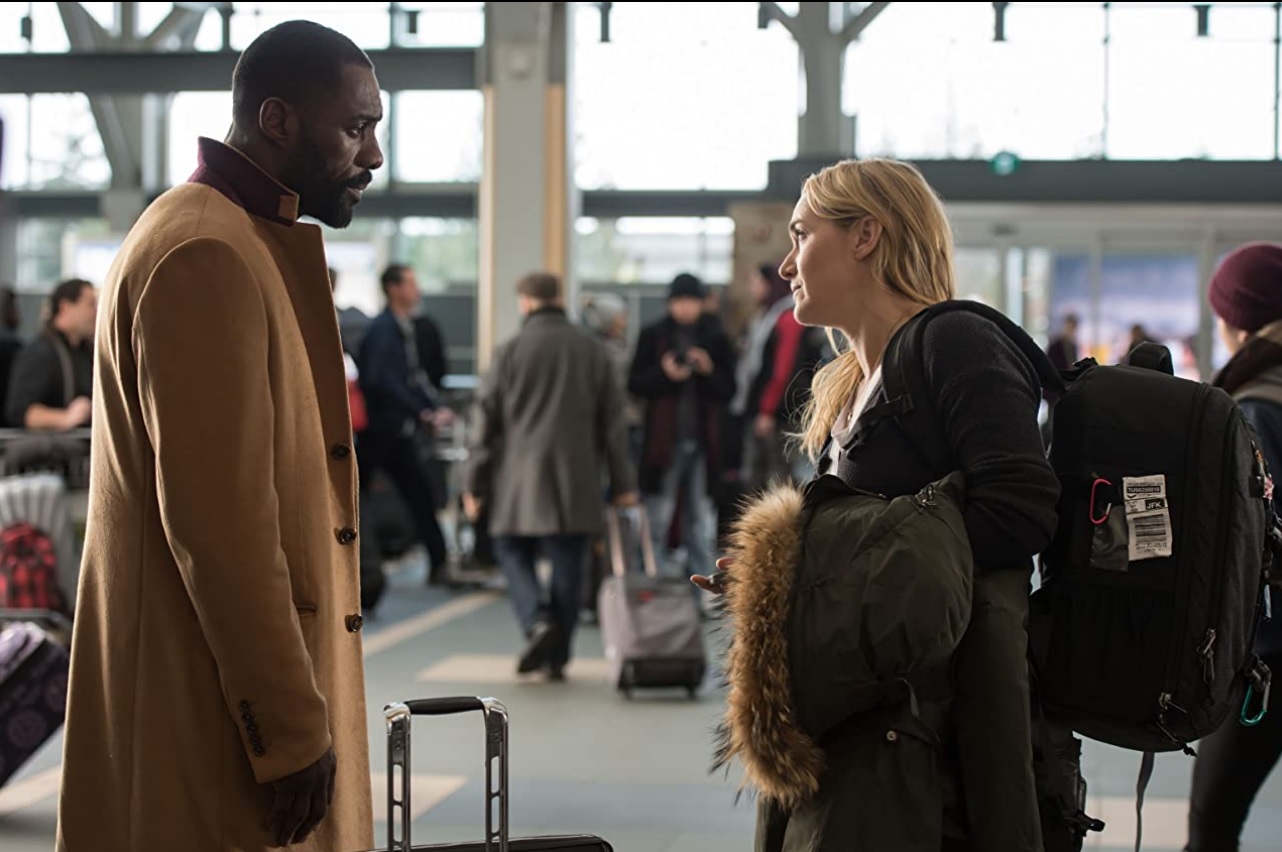 Again I saw that under the sun the race is not to the swift, nor the battle to the strong, nor bread to the wise, nor riches to the intelligent, nor favor to the skillful; but time and chance happen to them all. 12 For no one can anticipate the time of disaster. Like fish taken in a cruel net, and like birds caught in a snare, so mortals are snared at a time of calamity, when it suddenly falls upon them.

Palestinian director Hany Abu-Assad, whose Paradise Now obliquely dealt with Middle Eastern politics and terrorism, eschews all politics in this tale of survival and romance in the mountains. There is enough adventure and romance, along with convincing performances by the two stars, that viewers can accept or overlook the predictable plot.

Kate Winslet stars as Alex Martin and Idris Elba as Ben Bass. She is a daring-do photographer willing to take risks, whereas he is an overly cautious neurosurgeon, so their different temperaments will fuel the conflict when the story kicks into high gear.

They come together at a Salt Lake City airport when their flights are cancelled. Both cannot wait for the next commercial flight because she is going to her own wedding, and he is to speak at an important conference. They agree to charter together a private plane to a connecting city. Apparently, the pilot Walter, played by Beau Bridges, is both reckless and in ill health, because he fails to file a flight plan and then, aloft, he decides to fly toward a storm. Shortly afterwards he suffers a heart attack. Down goes their plane atop a snow-covered ridge in the middle of the Rockies.

Walter is killed, but his pet dog and passengers survive. Alex suffers a broken leg, which our surgeon is able to fix. But what to do, given they are off the beaten path and unable to communicate by radio? There follows a series of events that bring them close, physically, emotionally, and, of course, romantically. They have for food just a few packets of almonds, but inadvertently a cougar meets this need. There are other dangers as well, a new one arising as soon as the current one is surmounted.

Unlike the director’s earlier film, this one did not appear on any Oscar list, but the same human touches that led us to root for the two would-be terrorists of Paradise Now make us care for and root for this pair. They might go their separate ways at the end, but we know better than they do, that their paths will converge again. Watching this film is a pleasant way to spend a couple of hours, and for the person of faith, a reminder that we live in a world of unpredictable events that might call upon us to exercise every fiber of our being to survive.

No questions for this light-weight film.

2 strangers become romantically entangled when their small chartered plane crashes in the Rockies & they must reach the outside world on their own.
Editor Rating ★★★★★3.5 out of 5
More Details