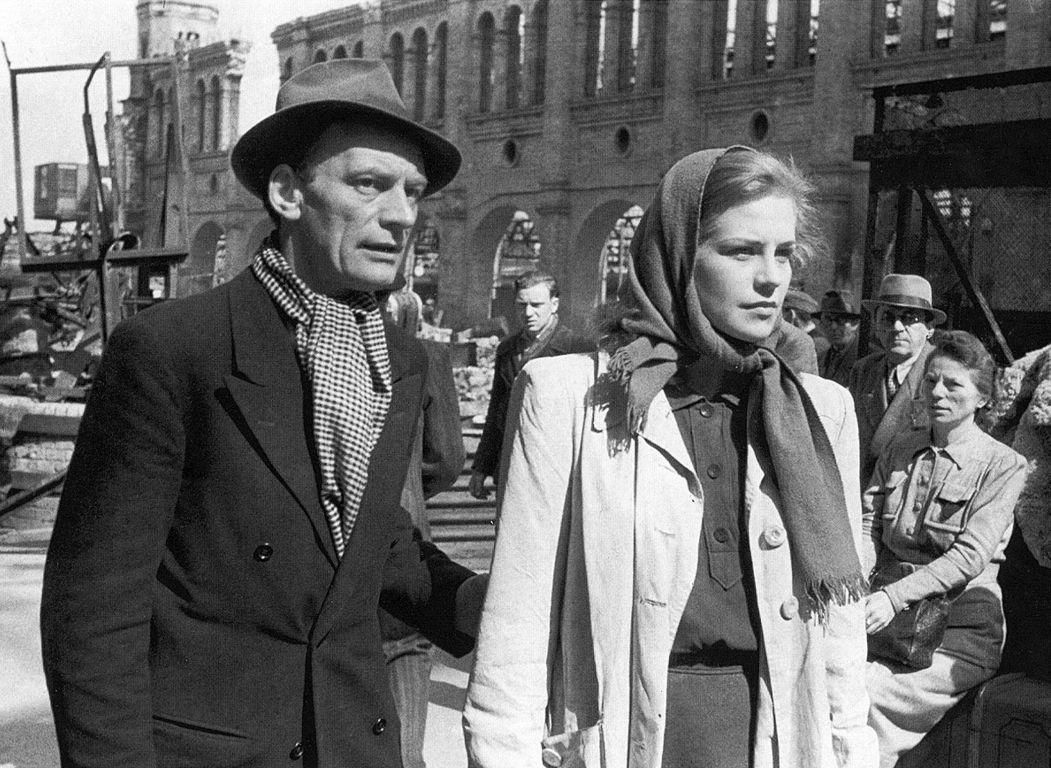 The following film is available on Kanopy. For those who want to expand their cinematic horizons Kanopy is a dream come true.  Kanopy is a gateway to over 30,000 films—Hollywood and foreign feature films, Indies, and documentaries.

All I had to do to sign up for free films is to enter my library card number and pin number, and I was off to the movies. And what a wonderful variety, old classics such as the Charlie Chaplin comedies and recent releases, such as the great documentary I Am Not Your Negro. The only stipulation is that you are limited to a monthly quota of films, which varies from city to city—10 in New York City, and 12 in Cincinnati.

O Lord, do not rebuke me in your anger,
or discipline me in your wrath.For your arrows have sunk into me,
and your hand has come down on me.There is no soundness in my flesh
because of your indignation;there is no  health  in my bones
because of my sin.  For my iniquities have gone over my head;
they weigh like a burden too heavy for me.

Written and directed by Wolfgang Staudte, this is an important film in the history of German cinema because it was the first film to be produced in Germany following WW 2. Set amidst the destruction of Berlin, the filmmakers did not need to build any sets of ruins—much of the city was still a pile of rubble during the filming. Appropriately, Mr. Staudte’s story deals with guilt and punishment over war crimes, perhaps out of a desire to show the world that not all Germans went along with the Nazi slaughters. Artists of all stripes were subject to the Allies’ denazification program, and Staudte had participated in a famous Nazi propaganda film promoting the persecution of Jews.

When the Jewish Susanne Wallner (Hildegard Knef) returns from a concentration camp to her old apartment, she discovers that a man is living there, although her clothes and possessions are still in place. Hans Mertens (Wilhelm Borchert) is a doctor drowning himself in alcohol. He refuses to vacate the premises, so Susanne agrees to share the premises. He had served in the German army and seems hauntd by some horrors of the past. When he returns to the hospital where he had once worked, the screams of a woman lead to flashbacks, and he is immobilized.

Merten prefers drinking to talking, but as the days go by, he opens up a little, and their cold relationship warms up a little. Susanne’s discovery of a letter among Mertens’ possessions leads him to reconnect with the writer, whom he thought had died in Poland. The writer is Ferdinand Brückner (Arno Paulsen), once a captain under whom Mertens had served, and now a successful manufacturer of pots made from old army helmets. Brückner is happy to see Mertens, inviting him to stay for supper with his wife. He returns to his guest the pistol that Merten had given him at their last parting in Poland. Merten returns home drunk.

Taking the pistol with the intent to kill Brückner, he lures him from his office supposedly so that they can hook up with women at a notorious bar. As Mertens is about to carry out his plan a woman emerges from a ruined building yelling that she needs a doctor because her daughter has stopped breathing. Reluctantly leaving Brückner, Merten accompanies the woman and performs a tracheotomy  on the girl. His success has a transforming effect on the doctor. He feels alive again, rediscovering his sense of purpose purpose. At the apartment he declares his love for Susanne.

Jump ahead to Christmas Eve. Mertens and Susanne are living together, and he has returned to his position of hospital surgen. He tells his lover he has to go out to finish something. With his gun in his pocket, he arrives at thesmall factory where Brückner is giving a pep talk to his assembled employees. Standing at the rear of the crowd, Mertens has a flashback to the Eastern Front in Ploand where Brückner is ordering the execution of over a hundred men, women and children. Mertens pleads with his superior not to execute his order, but the Captain refuses. After the massacre, the unit is retreating when Brückner is wounded. Before leaving him, Mertens gives him his pistol to use lest he be taken prisoner. The suspense builds up as Susanne, discovering her lover’s purpose, rushes out into the night to try to stop him.
The story plays out well against the Christmas season, Merten’s intent being far from that of “peace on earth and good will to men.” It can be seen as a delightful irony that it is a Jew who intercepts the Christian bent on murder. As a story of vengeance set aside, this is a fine visual parable.

An ex-German soldier & a Jewish girl home from a concentration camp each struggle in Berlin with horrific WW 2 experiences .
Editor Rating ★★★★★5 out of 5