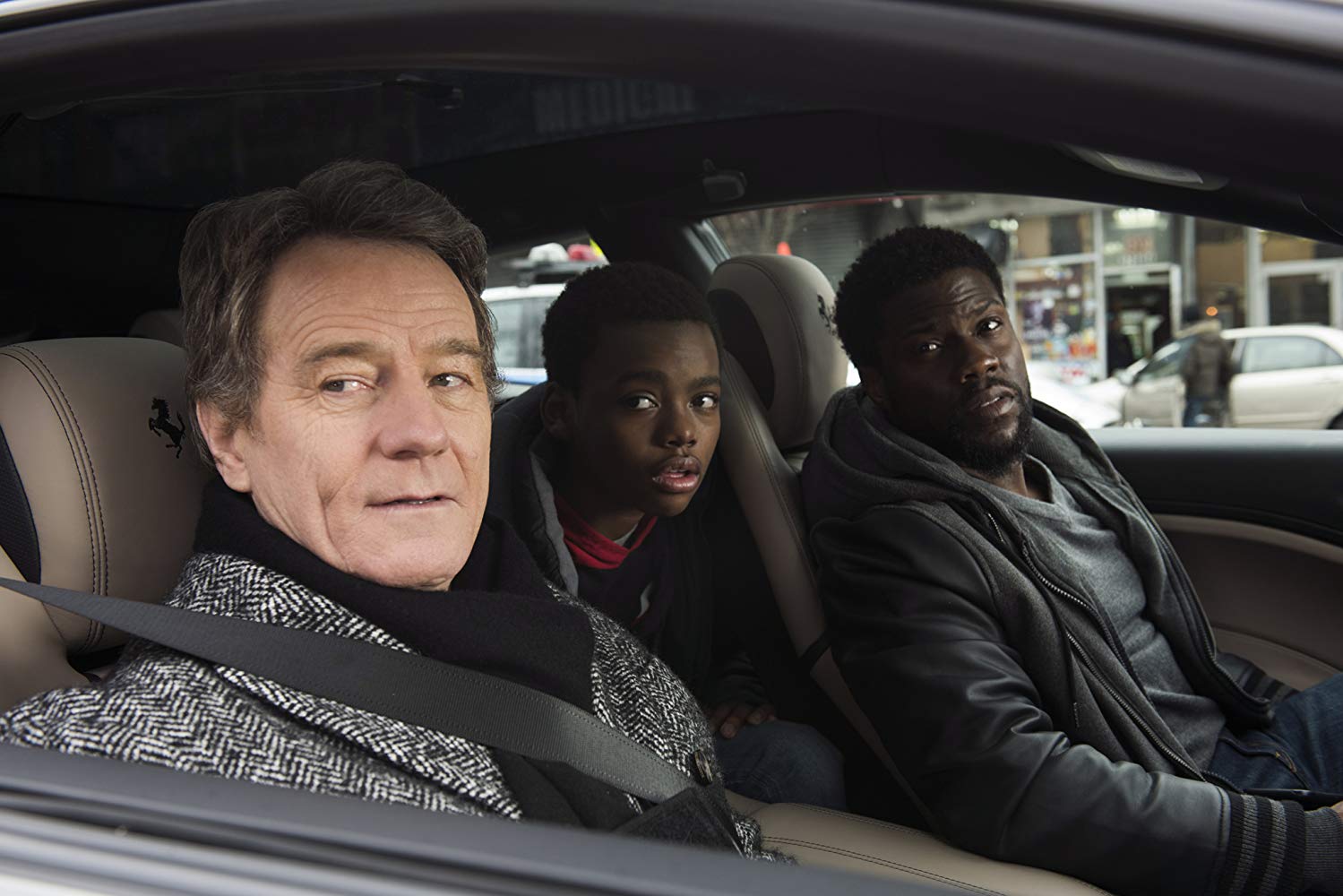 I have forgotten what health and peace and happiness are.
I do not have much longer to live; my hope in the Lord is gone.

Neil Burger Americanizes the 2011 French film Intouchables in his remake, the story of a caregiver and a paraplegic  moved from Paris to Manhattan and the Bronx. The film has been criticized by many for its script for pandering to white liberals who think Driving Miss Daisy is a great film. I can imagine James Baldwin attacking it as a film similar to The Defiant Ones which he denounced in several essays as intending to relief the guilt of white liberals who do little to get at the roots of racism. I have to confess that I was moved by certain scenes in the film, but will have to explore how the film makers manipulated my emotions.

Virtually everyone, however, agrees that the film provides us with the opportunity to see the gravitas of the man most of us had known as a comedian. Kevin Hart shows he can both make us laugh and make us care deeply for his character, Dell Scott, a parolee who has done prison time and whose estranged wife Latrice (Aja Naomi King) wants no further part of him. He answers employment ads only to obtain the three signatures required to keep him out of jail and on relief. Thus, when he arrives at the lavish apartment of wealthy Phillip Lacasse (Bryan Cranston), a quadriplegic who needs a “life auxiliary,” all he expects is a signature, especially when, impatient over waiting in the crowded vestibule, he barges in on an interview.

To everyone’s astonishment, especially Phillip’s business manager Yvonne Pendleton (Nicole Kidman), Phillip hires the man, despite his record and inexperience. Even had we not seen the French original, we know what will happen. Each will gain from the other, as in Driving Miss Daisy and the more recent Green Book.Phillip loves opera, and Dell thinks Aretha Franklin is Queen, so each will come to enjoy the other’s music. Phillip, after his debilitating hang glider accident, has given up his desire for living—his hiring such an inexperienced aide could be explained as part of his death wish. Kevin, hitherto self-centered, will be forced to grow to think of others, beginning with his learning to cope with changing his charge’s catheter. Some might think this penis-obsessed sequence is high humor—let me suggest that if you think otherwise, this vulgar skit does on long enough for you to slip out for some popcorn, or another kind of break.

The chemistry between Kevin Hart and Bryan Cranston makes the film worth seeing, Cranston not only serving as a good straight man for Hart’s pranks, but also expressing well his feelings of lostness through the only part of his body he can move, his face. The female characters all have small roles—Nicole Kidman as the no-nonsense executive assistant concealing her love for her boss; Aja Naomi King as the ex-wife demanding maturity in a husband; and Julianna Margulies as Lily, the correspondent with Phillip who might be the one to reawaken his love—but they add, well either s touch of pathos, or bathos, depending on how jaded you are with this type of movie.

The film does not plumb the depth of despair like that of the prophet in the Book of Lamentations, nor race relations either. However, for those looking for a comedy that has greater depth than Mall Cop or Dumb and Dumber, this is a good choice. And from even a fair film a great discussion can arise exploring such topics as vulnerability and despair, openness and acceptance to differences, character transformation, and even race.

A wealthy white paraplegic and his black parolee caregiver are mutually changed for the better.
Editor Rating ★★★★★4 out of 5
More Details