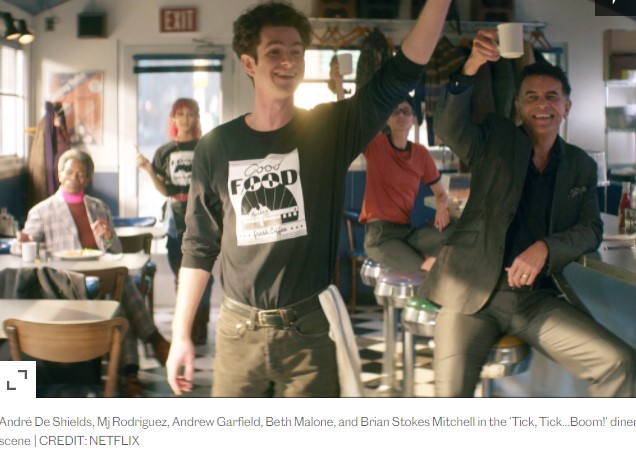 You may think that everything you do is right, but remember that the Lord judges your motives.


And this is my prayer, that your love may overflow more and more with knowledge and full insight to help you to determine what is best, so that in the day of Christ you may be pure and blameless... 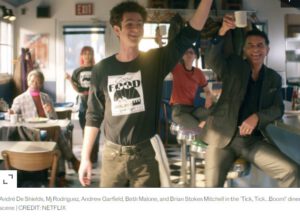 Lin-Manuel Miranda directs Steven Levenson’s adaptation of the autobiographical one-man stage show by Rent writer Jonathan Larson. It is filled with the tension felt by Larson (beautifully played by Andrew Garfield) as he strove to come up with a song for the female lead in his musical play Superbia. He was then laboring under the delusion that an audience might take to a rock adaptation of George Orwell’s dystopian novel 1984. The film does a beautiful job of portraying the angst of creativity under the pressure of a looming deadline, hence the appropriateness of the title, borrowed from all those movies when we see a clock attached to a bomb set to detonate it.

Jon is like a juggler with too many objects in the air at once— his long-suffering girlfriend, Susan (Alexandra Shipp) is pressing him about leaving Manhattan for a secure dancing position in the Berkshires; his best friend, Michael (Robin de Jesús) has just abandoned acting for a lucrative Wall Street job; his agent  Rosa (Judith Lightfoot) will not take his calls; some of his HIV-infected friends are dying; and he has writer’s block, with a run through by the cast for potential investors scheduled just a few days away.

Jon is so wrapped up in his play that he fails to see the needs of either Susan or Michael. The former is getting nowhere in Manhattan as a dancer, so when she receives a desirable offer from an out of town group, she asks Jon for advice—over and over, but he puts her off every time. Jon is so upset by what he regards as Michael’s “sell out” (and maybe also out of envy over the guy’s sumptuous new apartment, clothing and car), that he cuts off his connection with him.

The big day comes sooner than he would like, and ends in a far different way than expected, with his idol Stephen Sondheim (Bradley Whitford) later leaving him on his answering device a soul-satisfying message, and his hard to reach agent the necessary word for eventual success if he is ever to rise above his waiter’s job at the Moondance Diner.

This is a visual parable of character growth and friendship and, at the end, perseverance, as much as it is about making a decision. Jon stands in need of a prayer like the apostle Paul’s so that his love might indeed “overflow”—flow outward, in other words, to others whose needs he brushes aside too readily, his excuse that he needs to write a song. The Jon whom we see at the end of the film is a far better human being than the one at the beginning.

Broadway fans will enjoy the clever lyrics set to spritely music, as well as brief appearances of stars, such as Bernadette Peters, Joel Grey, Bebe Neuwirth, and Chita Rivera.  I am finishing this review the day after the airwaves have been filled with eulogies to the just deceased Stephen Sondheim, making this film all the more meaningful for me. What a treasure trove Netflix is turning out to be!

A playwright nearing 30 struggles to come up a key song in his musical & ignores the needs of his lover & friends.
Editor Rating ★★★★★4.5 out of 5
More Details