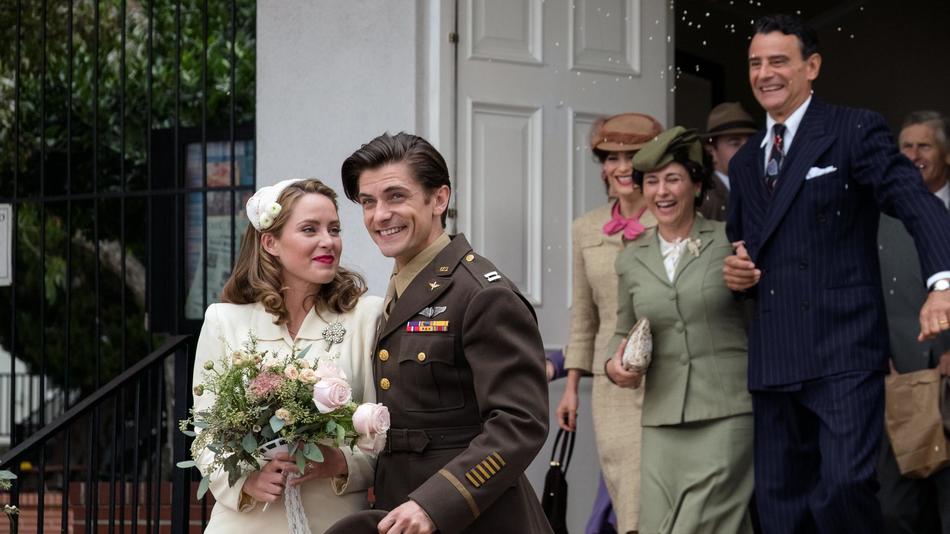 God abides in those who confess that Jesus is the Son of God, and they abide in God.

Almost four years ago I wrote that Angelina Jolie’s Unbroken “tells but two thirds of Louis Zamperini’s story, with the last portion dealing with love and forgiveness reduced to a minute or so of a postscript on a black screen and photographs and a film clip of the real athlete.” You might recall that Zamperini was the 1936 Olympic runner who as a POW held in Japan from 1943 until the end of WW 2 defiantly resisted the efforts of a sadistic guard to break his will.

It should be no surprise that a faith-based company, Pure Flix Entertainment, has now supplied that missing third of the athlete’s life in this film, which details how he almost destroyed his post-war life by his drinking, until at last he found the power in faith to overcome his alcoholism and set forth on a life that impacted thousands of young lives through his youth camp and many speaking engagements. Structured very much like one of Billy Graham’s feature films of the 50s and 60s—a tormented man (played by Samuel Hunt) struggles fruitlessly until at last he attends and is “saved” at a Billy Graham Rally.

The film’s low budget means that it has not been as widely promoted as Angelina Jolie’s film. Nor have the critics have been as kind to it. They are right that the film makers are preaching to the choir, but the story is still well told and worth watching. During his captivity Zamperini had been mercilessly beaten many times by the sadistic guard known as “The Bird.” We see this brute many times in flashbacks, usually in the American’s persistent nightmares that torment and drive him to escape by drinking. Zamperini becomes so haunted and addicted that his marriage to Cynthia (Merritt Patterson) is stretched to the breaking point, despite her love. The film depicts two conversions at the young Billy Graham’s Los Angeles revival. First hers when she attends alone, causing her to change her mind about a divorce. Then, because of this change, Zamperini attends, but comes away unaffected. Well, not entirely, because he returns (thank God Graham’s appearance was not a one-night affair), and then his heart is changed.

I have never been a Billy Graham fan, having rejected his threats of hellfire to scare people into the kingdom, as well as being dismayed by his unquestioning support of the Vietnam War, but I have no doubt, thanks to this and other stories I have read, that he was an instrument in changing a lot of lives for the better. I think it’s a neat touch that the evangelist’s grandson Will Graham plays him in this production. Louis Zamperini went on the build on his skill and reputation as a runner to create a dynamic youth ministry that enriched the lives of many. Once again, I have to lay aside my reservations about faith-based films and say that here the old formula works well both to entertain and to inspire.

Returning from a japanese POW camp, Olympic runner Louis Zamparini slips into alcoholism, from which not even his wife can save him until he attends a Billy Graham rally.
Editor Rating ★★★★★4 out of 5
More Details