News of the death of the noted Catholic priest/writer Fr. Andrew Greeley was almost lost amid all the tributes given to the wonderful actress who depicted Edith Bunker. TIME Magazine even printed its tribute to him below that of Ms. Stapleton’s, and yet I was so absorbed by her story that I totally ignored Fr. Greeley’s. Glad that I went back through the magazine before tossing it out. 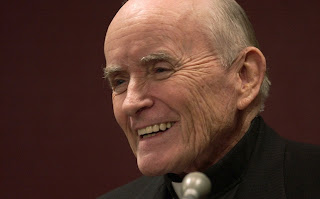 As a liberal iconoclastic priest he was the bane of traditionalists. Trained in sociology, he wrote 150 books, but most were novels, many of them mysteries with a priest as the solver of the crime. What surprised readers at first was that he did not flinch from mixing explicit talk about theology and God with scenes in which a man and a woman “knew” each other in the Biblical sense. He approved of robust romance, many of his love scenes being at the far edge of an R rating had they been movies.
He also loved and wrote about movies. In one of his works he championed the then controversial Madonna, praising her feisty independence. In the book below, which he co-wrote, he provides many valuable insights into such movies as Jacob’s Ladder, Field of Dreams, Pale Rider, Ghost, Flatliners, and one of my favorites, Babette’s Feast. 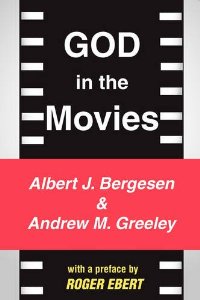 This book is also one of my favorite film books for a selfish reason–my name is in the Index, which sends you to p. 52 where he quotes the last paragraph of the article I wrote “Babette’s Extravagant Love.” This was written for the Spring issue of Christianity & the Arts, the theme for that quarter being “Images of Christ.” I’m not used to being quoted by someone of such stature, so it was very gratifying. 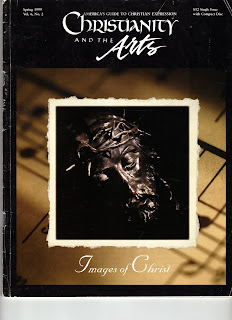 Fr. Greeley will be missed. Typical of him, the hymn used when his coffin was taken into the church was “Lord of the Dance,” Sydney Carter’s great song set to a Shaker tune depicting Christ as the Dancer Inviting Us to the Dance of Life–once as controversial to church traditionalists as Fr. Greeley was himself.