The Rev. Dr. Edward N. McNulty is one of the nation’s leading faith-and-film writers, publishing in magazines, books and the Internet for more than 40 years. Now a retired Presbyterian minister, he has served churches in West Virginia, Pennsylvania, Ohio and New York. He published the first of his 11 books in 1976 after seeing the excitement and inspiration movies stirred in his work with children, youth and families. Throughout his career, he has written more than 2,000 articles and film reviews in Catholic and Protestant-sponsored magazines and newspapers, and now for ReadtheSpirit.com and Lectionary Homiletics.

In 1990, McNulty founded the journal Visual Parables to help educators and congregational leaders find and use good films in their ministries. During the 1990s he earned his Doctor of Ministry degree from United Theological Seminary in the field of art, film, and theology while also heading up a popular film series in Ohio. He also is a sought-after presenter on faith and film at national conferences and has led retreats that include movies to spark discussion and meditation.

Dr. McNulty has taught at elder hostels, seminaries, colleges, churches, and camps, from Massachusetts to California and Canada. He has produced programs and spots for television and radio that have been used around the country. Married to Sandra H. McNulty, a talented banner maker, they are the parents of five grown children and now live in Kentucky. 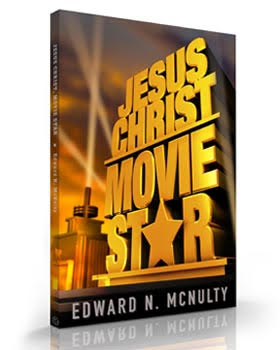