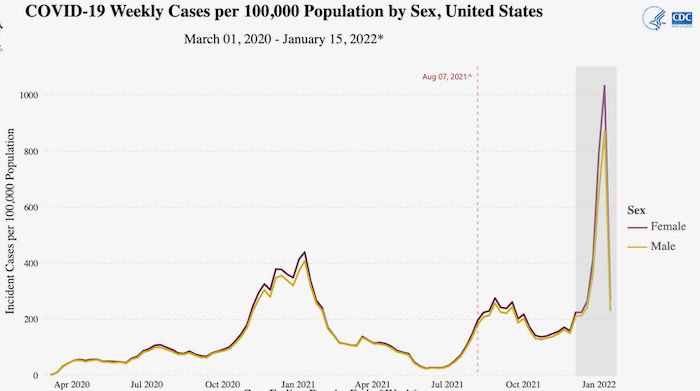 Clicking on this chart will take you to the CDC COVID Data Tracker website, where you can explore a wide range of data about the pandemic.

Omicron is racing across the globe. In the U.S., it accounts for record numbers of COVID-19 cases and hospitalizations. What will this latest surge of the coronavirus bring us in the months ahead?

One thing is clear. Whatever Omicron does in its relentless competition to outpace any previously known variant, at least in the U.S. the pandemic has become much more than a public health issue. 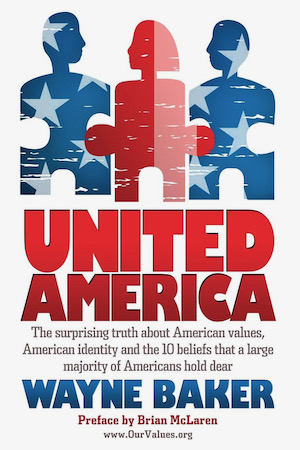 Click on the cover to visit the book’s Amazon page. This 2014 book explores Dr. Baker’s years of research on American core values along with lots of responses and stories from his readers.

The COVID-19 pandemic is a public health problem that has turned into a morality play. This drama isn’t about the science of vaccines, mask-wearing and social distancing. The efficacy of these measures is well established. Rather, it’s an ideological battle that pits anti-mandate freedom fighters against perceived government tyranny. Resistance is a defense of individual liberty even as it imperils public health, well-being and the economy.

The U.S. Supreme Court has blocked the Biden administration’s OSHA requirement for large businesses to vaccinate or mask and test, ruling that the requirement exceeded OSHA’s authority. Though the requirement was widely called a “vaccine mandate,” it actually preserved personal choice—take the jab or, if you prefer, wear masks and test regularly. But the requirement didn’t include the third choice that many Americans want: to be left alone to do whatever they want, including doing nothing at all. That’s what liberty is—the absence the restraint.

Liberty beliefs have been a moral foundation of vaccine and mandate resistance in the past and they are the basis of our morality play today.

Liberty is one of the “unalienable rights” or values written in the U.S. Declaration of Independence. How common is it in contemporary America? To find out, I worked with the University of Michigan Institute for Social Research and fielded four national surveys of twenty-two American values.  I intentionally didn’t use the word liberty in the survey questions, and instead phrased questions around different ideas or definitions of freedom.

What I learned is that liberty is common but not universal. About 41% of Americans 18 and older agree that “freedom means being left alone to do what I want.” These Americans also tend to believe that “freedom means having a government that doesn’t interfere in my life.” Mandates—even those that include choice—violate these beliefs, and so those who subscribe to the idea of liberty as the absence of restraint dig in their heels and resist.

A popular symbol of liberty at anti-vax, anti-mandate protests is the historical Gadsden flag, which displays a coiled rattlesnake and the motto “Don’t tread on me.” Images and words like these represent our underlying values, says historian David Hackett Fischer. Originally, the flag meant separation and independence from Great Britain. Today, it represents libertarian, anti-government sentiment and opposition to vaccine and mask mandates. Unfortunately, that makes it pro-pandemic in effect.

Everyday life is a microcosm of liberty in action.  I live in a state that passed a law that says businesses are not required to enforce any local, county or state mask mandate. Mask wearing, says the governor, is a “personal choice.” However, the county in which I live has reinstated its mask mandate. Virtually all local businesses have “resolved” these contradictory directives by posting signs that recommend indoor mask wearing. In practice, few employees or customers wear masks, even now when local COVID cases are surging and ICU beds at the local hospitals are full.

Not all Americans subscribe to the rattlesnake conception of liberty. Of the twenty-two American values I surveyed, liberty is one of the most polarized with scant middle ground. Contrary to the champions of unchecked liberty, about 45% of Americans disagree that “freedom means being left alone to do what I want.” They also tend to disagree that “freedom means having a government that doesn’t interfere in my life.” Their moral foundation isn’t liberty per se but a moral value closer to the original meaning of freedom. “Liberty meant separation,” says Fischer. “Freedom implied connection.” Freedom, which shares the same linguistic root as friend, means the rights, duties, and responsibilities of belonging to a community of free people. One responsibility is to protect the health and well-being of fellow citizens.

Liberty and freedom have always co-existed uneasily in American society. These values are in conflict in our COVID-19 morality play but we shouldn’t have to choose between them. For example, the requirement to vaccinate or mask and test was a compromise between the demands of liberty and freedom. Regrettably, compromise is not written in the script of a morality play. The proportion of Americans who subscribe to don’t-tread-on-me is so large that we can expect widespread resistance to vaccine or masking mandates to continue.

A morality play points the way to salvation. There is only one path: widespread vaccination and indoor masking. Research shows that mandates work. Voluntary action won’t take us far enough. Only fully funded and enforced mandates can surmount stiff ideological resistance. That means quickly and decisively overcoming legal and political efforts to hobble or block vaccine and mask mandates.

If we don’t, our morality play will end in tragedy. 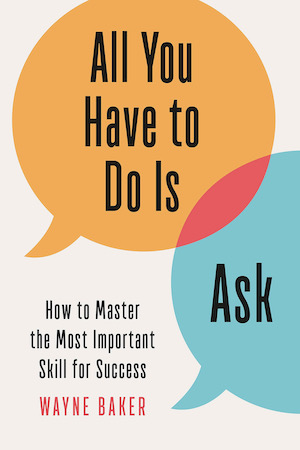 Click on the cover to visit the book’s Amazon page. In this 2020 book, Dr. Baker outlines principles from another area of his research: how to cooperatively build a stronger sense of real community within our existing organizations.

I began working with David Crumm and ReadTheSpirit in May 2008 when we published my first post in OurValues.org.  This was a blog I founded to promote civil dialog about American values.  I wrote five days a week for several years, with occasional guest writers from the pantheon of RTS authors.

During that period, I also fielded national surveys of American values, learning that ten values—such as individualism, universalism, respect for others, patriotism, and freedom of expression—are strongly held and widely shared. Other values are deeply divided, such as liberty, willingness to trade freedom for security, and the traditional family model. I combined what I learned writing OurValues and my national surveys to write United America published by Read The Spirit.  My previous book on values is America’s Crisis of Values:  Reality and Perception, published by Princeton University Press.