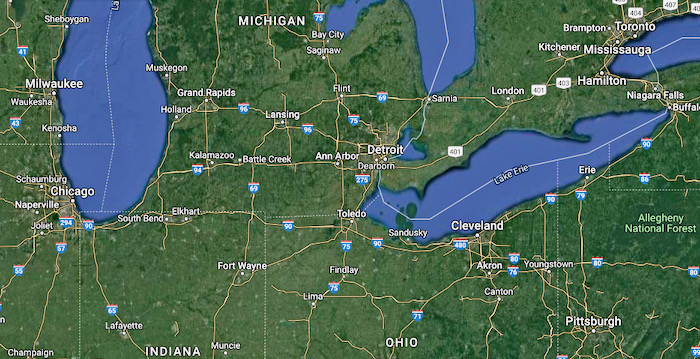 “It is for the water.”
Josephine Mandamin, founder of the Water Walk Movement

“If there is magic on the planet, it is water.”
Loren Eiseley, American anthropologist 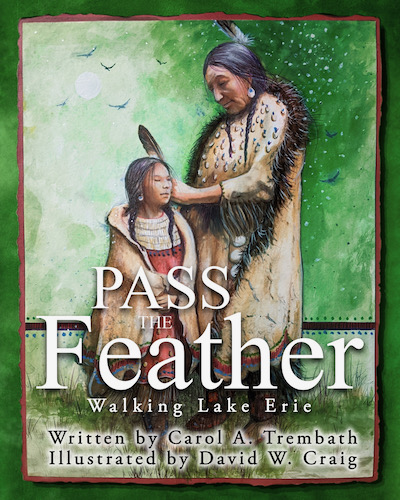 Click on the cover to visit this book’s Amazon page.

There was a great sadness among Native and Non-Native People alike, with the passing of Josephine Mandamin, an Ojibway grandmother who was the founder and leader of the Mother Earth Water Walkers. She passed on February 22, 2019. Her Ojibway name was Biidaasige, which in her Native language means, “One who comes with the light.” She was of the Fish Clan, whose members were the teachers and scholars.

I met Josephine in the fall of 2013 at a Native gathering and brought my draft of the first book in what I hoped would become a series. After reviewing the manuscript for Water Walkers: Walking Lake Superior, she emailed me saying:

I had misgivings about what you are doing. Many offerings have been made for the answer to my misgivings. In our culture, we tell oral teachings or draw. In your culture, it is different. To that, I give my respect. I have pondered on the reason why you are doing this writing. I pondered about ego, money, and fame. What is it she wants? Finally, the response came: It is for the water, simple—for the water. I give my blessing and can now rest easy.

Before that book was published, I also was assured that Native chiefs and elders sat in circles to scrutinize my motives and had approved. So, I was allowed to tell the Ojibway story of their journey to awaken “collective consciousness” that water needs to be treated with dignity and respect.

This incredible true story began with a group of dedicated women led by Josephine Mandamin deciding to walk the perimeter of all the Great Lakes—and later, over a period of fourteen years, they also walked down rivers and waterways across the United States and Canada. It was unprecedented!

The scope of the journey seemed impossible! They walked over 20,000 miles and every step reinforced the ancient value of taking a stand for the water. Each step was a prayer for the water, Mother Earth, animals, insects, birds, trees, and the human family.

In time, I wrote three books, following the Superior book with Stepping Stones: Walking Lake Michigan, and Ripples and Waves: Walking Lake Huron. (You can see more of my published work on my Amazon author page.)

But, in February 2019 came the news that Josephine had passed away. It was an unbelievable loss of one of the most exceptional Native warriors for Mother Earth and her lifeblood—water.
At first, I thought that I would not write the next book. But, slowly a faint whisper kept repeating in my ear over and over, “Pass the Feather.” 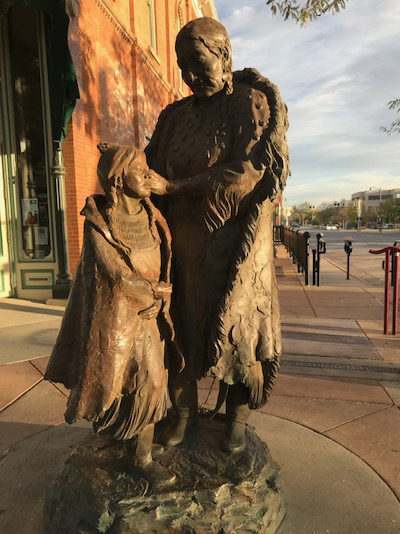 I decided to listen to that still small voice and write the next book. As I began researching, a friend sent me a picture of the famous statue in Rapid City, South Dakota called “Hunkayapi” or “Tying on the Eagle Plume.” The eight-foot, 1700-pound bronze statue was created by artist Dale Claude Lamphere of Sturgis, South Dakota. The sculpture captures the wisdom of an elder woman and her cultural pride as she teaches her heritage to the next generation.

I decided to visit Dale—South Dakota’s Artist Laureate, and creator of over 60 pieces of monumental sculpture including “Dignity of Earth and Sky.” In discussing my books, he allowed my artist, David W. Craig, to use the Hunkayapi statue as a model for the cover of my next book.

Pass the Feather: Walking Lake Erie is the story of a young Ojibway girl named Mai. Her family members walk the perimeter of Lake Erie to raise awareness about the harm being done to the Great Lakes. On the journey, she learns about the Four Sacred Medicines (sage, cedar, tobacco, and sweetgrass) and the special gifts and responsibilities given to all living things.

But Grandmother asks Mai, “What do you think is the gift given to humans?”

The young Mai says she does not know.

Grandmother continues, “It is said that we, alone among all living things have the gift of words. We can say, ‘Thank you’. Mother Earth provides for us and that is what all good mothers do. But being a good mother also means teaching children to care for the world. We need to say, ‘Thank you’ and treat the water as a mother would care for a child. In this world, our words can be like fast-moving canoes that stream through the currents of life. We can become story makers and not just storytellers.”

Grandmother ends by saying, “Water is life. Like flocks of birds, we don’t need one leader, we need thousands. It is time to join with others and be messengers for water. It is time for others to step forward. It is time to pass the feather. 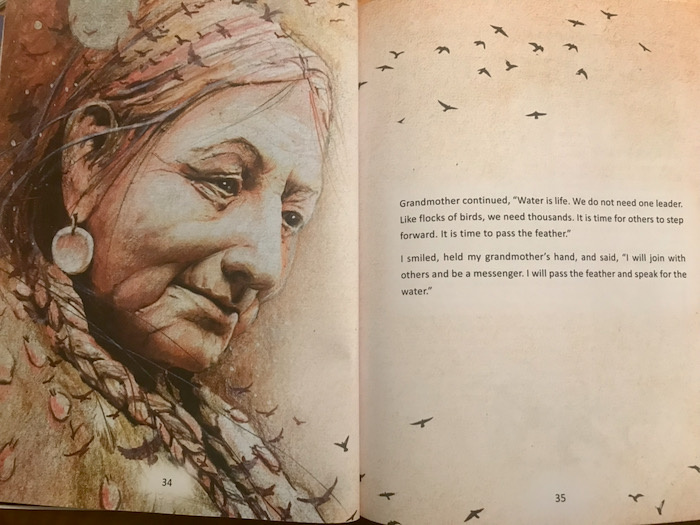 The interior of this book is as beautiful as the cover. Here’s an example of the interior in a photo I took while rereading the book this week.

What you can do to help

Buy a copy of this new book and others in the series. And here’s a special offer: You also can order a book directly from Carol. If you email [email protected], she will personalize a book and send it to you, if you are living within the United States.

Review these books on Amazon. If you have purchased books from Amazon, Amazon will add a “verified purchase” badge to your review. However, if you wish to order directly from Carol, you still can log into your Amazon account and review the book, even though it was not a direct Amazon purchase. Positive reviews tell Amazon to recommend these books to other customers while they are shopping.

Tell friends on social media and email. You can start right now by using the social media links at the top of this story to spread this news to friends.

Plan a group discussion. Carol’s books inspire readers! Gather friends to talk about these books or, if you are part of a small group already, suggest that your organization discuss this book.

Visit the Water Walk website at http://www.motherearthwaterwalk.com/ Check out the side panel to view the history of the Mother Earth Water Walkers and current issues.

Josephine’s obituary page asks that we plant a tree in her name.

There’s so much we can do each day. Commit to cleaner earth by starting in your own community. Go on a walk or organize a local water walk. Pick up trash in your neighborhood or plant a tree. Learn the power of community. There are plenty of activist groups you could join.

And To all:
Chi-Miigwetch
(Big thank-you)

Care to learn more about Carol? 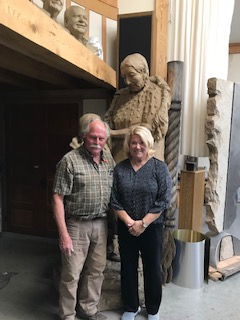 My visit to Dale’s studio.

CAROL TREMBATH has made water a lifelong focus and passion. Carol has been an educator, librarian/media specialist for 30 years. She earned a Masters Degree in Library and Information Science from Wayne State University and a second Masters in Educational Technology from Michigan State University. Carol has been an educator in the Plymouth-Canton School District, Allen Park Public Schools, and the Walled Lake Consolidated Schools. Carol is a member of the Michigan Reading Association, American Library Association, and the Society of Children’s Book Writers and Illustrators.