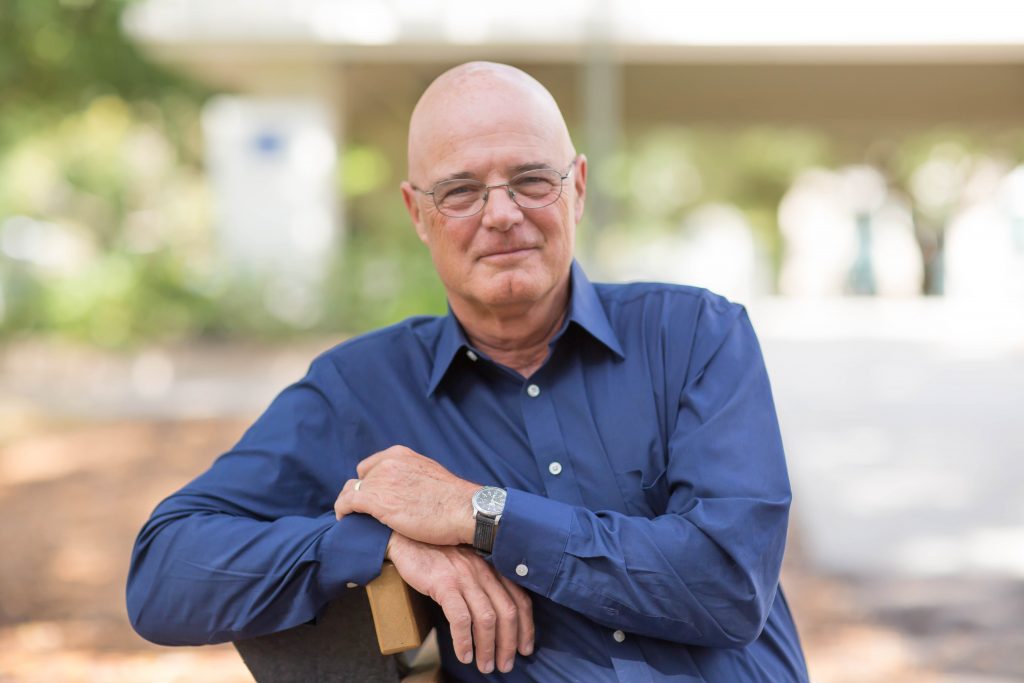 Click this author photo to visit Brian McLaren’s own website, BrianMcLaren.net, where you can learn a lot more about his career, his other books and his ministry resources.

By DAVID CRUMM
Editor of Read the Spirit magazine 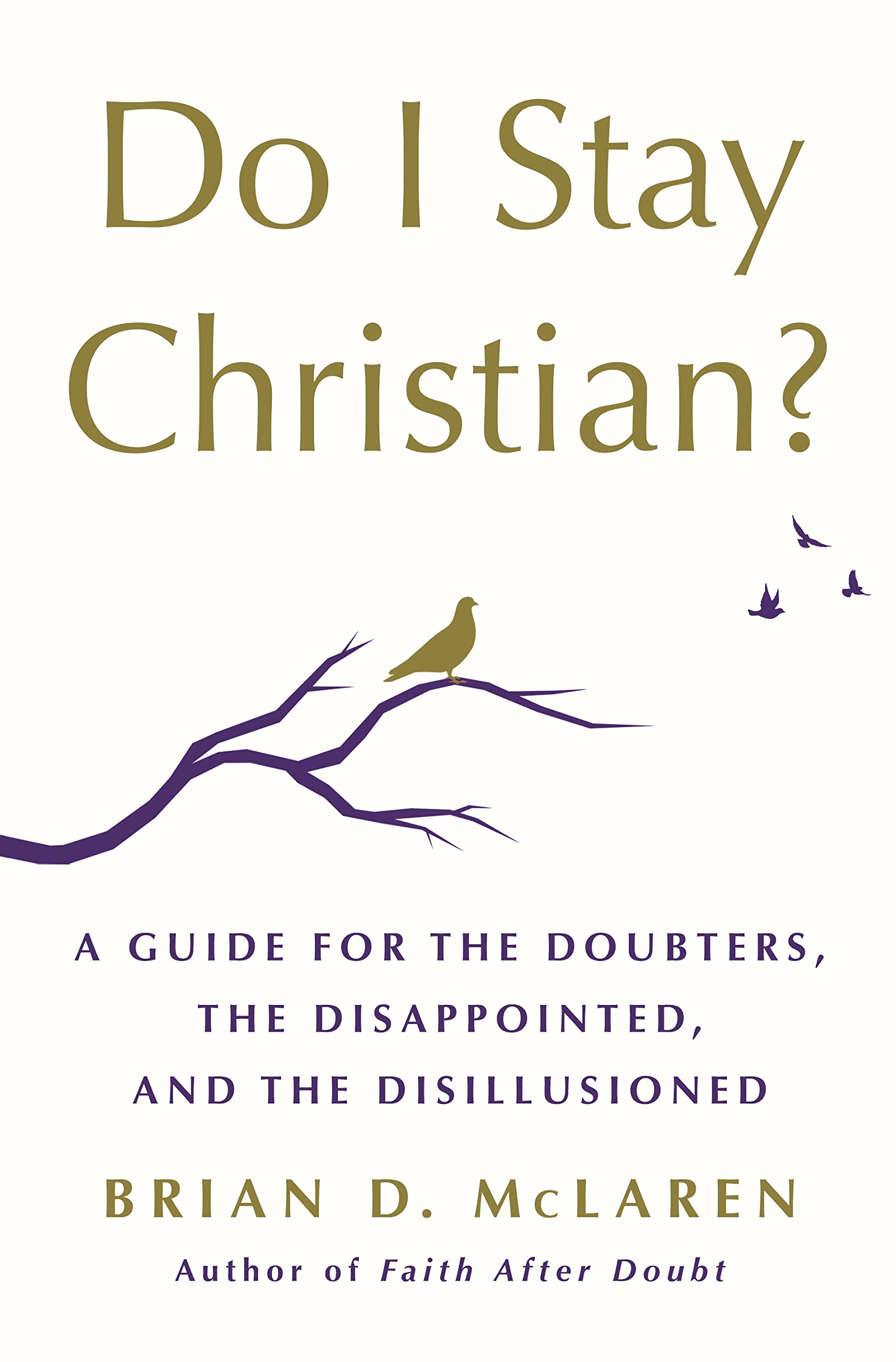 Brian McLaren’s new book, Do I Stay Christian? instantly has become one of my own first-choice recommendations to men and women who tell me they feel abandoned by—or disgusted with—their once-trusted religious brand of Christianity.

Consider for just a moment the dramatic arc of Brian’s career as a best-selling Christian author. He began by celebrating a compassionate kind of evangelical orthodoxy (in books like A New Kind of Christian in 2001 and Generous Orthodoxy in 2004) and now is more famous for his highly critical critiques of evangelical power in America. For that reason, he receives countless emails and letters from discouraged “Christians” every month, asking for help.

“Many of them are desperate,” he said in an interview this week. “The Christian religious world has decomposed in really significant ways since I was writing those books 20 years ago.”

“Give us some examples,” I prompted.

“Well, just speaking of White American Christianity, we’re seeing one megachurch scandal after another—and add to that all the problems the Southern Baptists are going through right now. Then, think about the Catholic church scandals—and, on top of that, the recent doubling down among some bishops and cardinals on refusing the eucharist to some Democrats, an act that shows an absolute lack of self-awareness of their authority. Then, think about the evangelical world and its capitulation to Trump and Trumpism and, in some of those churches, there’s an almost demonic possession by QAnon and white nationalism. Or, turn to the East and think about Eastern Orthodoxy and the Russian Orthodox primate’s uncritical support for Putin’s war forcing fissures in the Orthodox church.”

“You’ve described all of these conflicts as amounting to a historic ‘inflection point’—a change in the course of Christianity,” I said. “Describe that a little further.”

“I think we’re watching a massive decomposition of the dominant expressions of the Christian faith,” Brian said. “The decay continues—and we aren’t near hitting bottom yet. When you put that together, it’s as if you could not conspire to degrade the brand of Christianity any more than it is degrading itself right now.”

“That’s why I think it’s so important that you organized this book in a way that explains how these many splintering forms of Christianity are visible in our world right now,” I said. “I’m talking about your list of 11 things that word ‘Christianity’ can mean. So, next, let’s talk about that list, which I think is one of the most important contributions you’ve made in this book.”

The Eleven Splinters of the Christian Brand

Brian points out in the first half of his book that “Christianity”—a brand claimed by 2 billion souls around the world—can mean quite different things from one individual and one community to the next. In fact, Brian devotes his first 80-plus pages to a remarkably insightful analysis of what that splintered entity “Christianity” has become.

He argues persuasively that this “C” brand may mean nearly a dozen different things. From his book (on pages 3 and 4), here are the 11 Christianities he identifies:

In our interview, I asked him to put this list into context for our readers.

“That seems clear from daily headlines,” I said. “But hasn’t conflict always has been a defining characteristic of Christianity? Think about all the earlier eras where Christians battled, sometimes lethally, from the Crusades to the Reformation to the Counter-Reformation to a long list of conflicts that are lesser known today. Conflict seems to be part of the brand.”

“Yes, it’s always been true that there have been divisions within Christianity, but now the stakes are so much higher for our whole world,” he said. “For example, right now in this country, we’ve got some Christians who are at the helm of denying America’s racial history—at the same time you have other Christians, especially Black and Latin-X and Indigenous peoples, in the forefront of trying to expose America’s racial history. And we’ve got some Christians now in the forefront of denying climate change—at the same time we have other Christians in the forefront of trying to slow climate change. Christians are lined up on both sides of the efforts to reach LGBTQ equality. The list goes on and on. This worries me because these stakes are so high. It’s dangerous and tragic.”

Brian paused for a moment, then added this stark warning: “One of the reasons I wrote this book in this way is that I am sincerely afraid that some of the worst crimes committed under the name of the ‘Christian’ religion could be in our future.”

But wait!
This actually is a hope-filled book.

“I hope that in reading this book, people will come to understand that I do believe that there are powerful resources within the Christian tradition that can help us at this historic inflection point. These Christian resources can help us to imagine new and different ways of being human,” Brian said.

After Brian lays out Christianity’s divisions and dangerous failings in the first portion of his book, he then transitions to a focus on faithful ways that Christians can continue to live out the core of Jesus’s message. What surprised me, given Brian’s roots in the Protestant world, is that one of his first hopeful examples involves the progressive communities of Catholic religious women who currently are trying to wrestle their 2,000-year-old church into the realities of this new millennium.

Rather than leaving Christianity, he explains, these religious women remind him that Christians can make a radically different choice: They can stay! As Brian describes that choice in his book, he personalizes this lesson: “I can stay defiantly, like Sr. Ann and Sr. Jean. I can intentionally, consciously, resolutely refuse to leave—and with equal intention and resolution, I can refuse to comply with the status quo. I can occupy Christianity with a different way of being Christian.”

In our interview, I said to Brian: “I really enjoyed the surprise of finding your chapter about Catholic religious women in the middle of your book. That’s where you’re starting to drive home this essential point: Christianity never was intended to erase people’s troubles and guarantee them easy success in the world, no matter what some evangelical preachers like to claim. From the founding stories told by Jesus himself, Christianity has been about the hard work of combatting the world’s injustices and lifting up the world’s most vulnerable people.”

“Yes,” he said and nodded vigorously across the Zoom screen.

Then, I told Brian: “When I reached page 101 of your book, I highlighted this quote:

‘Religion, at its best, is what re-ligaments or reconnects us to God, one another, and creation. It challenges the stories that pit us against each other: us over them, us overturning them, us competing with them, us isolating from them, us in spite of them, us purifying ourselves of them. It tells a better story—some of us for all of us—a story in which there is no them, a story in which we tear down the walls that have divided us—and from the rubble build bridges.’

“That’s definitely not an easy-path-to-an-easy-life kind of faith you’re describing,” I said. “That’s a faith of compassionate struggle. In fact, that quote from page 101 appears in a chapter called ‘Where Else Could I Go?’ Your argument is that abandoning the conflict within Christianity, right now, certainly doesn’t guarantee you a peaceful path forward. Am I understanding you correctly?”

“Yes, yes, yes,” he said. “I understand why some people are heading out the doors of Christianity. But I’m saying: If you leave, it’s not like you’re escaping the one place in the world where there’s trouble and you’re going into a safe place.

“Our entire world needs radical rethinking,” he continued. “If you agree with me that we’re in a historic inflection point right now—then I think that those of us who stay Christian have a phenomenal opportunity to bring the best resources of the Christian tradition to the side of those who are trying to create a new and better future. We have no control over people who will try to bend Christianity to preserve the evils of the status quo. But it’s also true that no one can stop us from using the many resources of our tradition to bring the kind of change we need into our world.”

“That’s the message you offer in your final chapter,” I said. “That’s a powerfully inspiring passage.”

In the book—before Brian adds an Afterword, Acknowledgments, a discussion guide and various other end-notes for readers—here is his energizing call that ends his final chapter:

“In the absence of ease and certainty, what amazing things can happen.
Life can happen.
Wonder can happen.
Faith, hope, love, unspeakable joy can thrive in difficulty and uncertainty.
A new humanity—humble, just and kind—can be born.
Can you imagine that, fellow humans?”