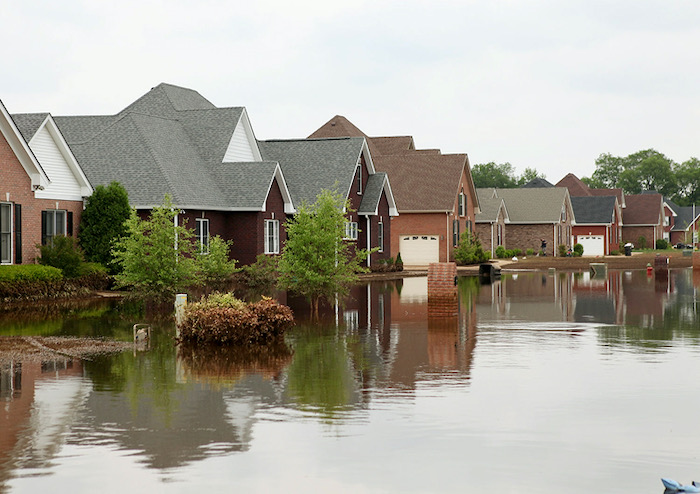 Then, Please Meet the Author in September

EDITOR’S NOTE: Lucille Sider already has inspired readers nationwide with Light Shines in the Darkness, her memoir about spiritual resilience in the aftermath of life-shattering trauma. Now, she is debuting a series of columns about the many ways men and women find themselves confronting trauma, every week in neighborhoods everywhere. This weekly series of columns will run through September, when Lucille is organizing an online opportunity to gather readers for a virtual conversation. This first column in the series—which she calls simply The Perfect House—focuses on Lucille’s own experience with the trauma of flood waters. Please, share this column with friends via email or social media (or print out a copy to share using the convenient “print” button at the end of the story). Then, if you are interested in taking part in Lucille Sider’s nationwide online conversation with readers in September 2021, please email Lucille at [email protected]

August 30, 2021, update: The second part in Lucille’s series appears in our WeAreCaregivers section of ReadTheSpirit magazine. It’s titled, All Manner of Things Shall Be Well—and, at the end of it, this second column also includes a full PDF handbill you can download with details of Lucille’s September Zoom series in a format that is suitable for sharing with friends.

Sometimes—not too often but on occasion when I meet a person or  see that perfect dress—I know in my gut that it is right. Not wrong but right.

When this happens there is no going back, no agonizing about the choice. There is just the sweetest peace that flows through my body and soul.

Such was the case when I first saw the house on Old Vestal Road in Binghamton, New York, in 2010. I had lived in another part of Binghamton for five years by then. I had established myself with nearby family and with a lovely church including a small group of female friends that met every Wednesday to play cards.

As I began looking for a new home, the house on Old Vestal was only the second one I visited.  The first one a real estate agent showed me was chopped up into several small rooms. There was no natural flow. I could not get out of it too soon. But that second house on 1929 Old Vestal Road was perfect. It took only 10 minutes to know it—to feel deep within my heart and soul that this was the house for me.

It had lots of windows and that means lots of light. Light for my soul that sometimes suffers from the darkness of depression. Depression always deprives one of inner light.

The house was essentially square with windows everywhere. The living room closet even had its own window! The floorplan was open—and you just naturally flowed from room to room—especially from the dining room and living room and out to the deck.

The deck was half again the size of the house and it opened onto a huge back yard. That meant space for flower beds.  I already saw in my mind’s eye: daffodils, tulips, pansies, petunias and many more.

I put in a bid for the house immediately and within a week the deal was signed and sealed. I moved in the second week of September, 2010. That first year in the house was pure joy. It took some paint, some help from a handyman, a few visits from my brother and his wife from Canada. But nothing was serious. The bathroom needed a do-over but that could easily wait until I had some extra money.

And then came September 11, 2011, a Wednesday evening—one year after I had moved in.

I was driving home from church, barely able to see because rain was pouring onto my car. When I turned into my driveway a policeman appeared and bellowed out to me.

“You must leave immediately. The Susquehanna River (just a block from my house) is overflowing. You can go to the college gymnasium. You must take your pet if you have one.”

I had a cat named PJ. So I raced into my house, grabbed some clothes and my precious PJ.

Before I left, I called my friend Anita and she told me to come to her house. Anita is frightened of cats but she insisted I bring PJ. For three days Anita and I hovered around her TV, learning about the damage along the Susquehanna River in both New York and Pennsylvania. With my house being just one block from the river, it was clearly in harm’s way.

On the following Saturday afternoon we were summoned to the high school to learn whether or not we could return to our homes. Three hefty, loud-voiced men spoke. One was from FEMA and said the flood was due to climate change and cement roads and sidewalks. The other two explained that all houses had been inspected and for many, the foundations had been damaged. If the damage was that extensive, then we would find an orange zero with a slash painted on the house. If however, there was an orange K, the foundation was not damaged and we could enter for a brief time. We were to get clothes and other necessities for the week.

Two neighbors and I anxiously headed toward our neighborhood—and discovered that none of us had a damaged foundation. The orange K painted on our houses became a symbol of hope and strength that we carried in our hearts for the following eight months during which our houses were rebuilt.

Of course I was in constant contact with my family and on the second week-end after the flood they poured in to help. My son and his wife from Washington DC. My younger brother and his wife from Ontario, Canada. My older brother and his wife from Philadelphia. In addition, friends from church just seemed to show up and know what to do. James noted that my beautiful, rounded, wood front door was beginning to warp. He said he could add a gold-colored metal plate to the bottom to prevent further warping. That gold plate was beautiful!

A friend Bonnie brought bleach and paper towels. It turned out that the nearby sewage plant had been destroyed, thus the water that was pouring into our homes was sewer water. To keep it from entering our bodies we wore masks and gloves. But masks and gloves were at a premium because everyone needed them. I was fortunate because my brother from Canada had brought a box of 50 masks. In Walmart I saw a woman crying because she had no masks. I gladly gave her 10 of mine.

Two weeks after the flood, my brother and his wife from Canada offered to come once a month for a full week and work with me on the house. While I had insurance, they saved me thousands of dollars—precisely, they saved me $37,000!

What fun going to Lowe’s with my sister-in-law to shop for cupboards, sink, refrigerator, stove, dishwasher and on and on. We joked that we went to Lowe’s every day—and sometimes twice a day.

After Christmas however, I started to obsess.

I found myself fearing that the flood would come again. Fearing that I would lose my new precious appliances. I had chosen stainless steel and they were beautiful!

Every time it snowed I would imagine it was raining and my precious basement was filling up with water. For over a month I was obsessed. I talked my therapist about it and I prayed fervently about it.

Then, on February 3, my heartache lifted. Out of my soul came a poem. It was about grasping both things and people. It was about offering all I have or all that I am, to God.

Since that time, I have sometimes lost myself in fear. Fear of losing things, fear of losing people and on and on. But each time  this occurs I recite the poem and the burdens are lifted.

This is the poem. May it be a source of comfort for you, as well. I call it simply:

Oh Lord,
Please give me the grace
To delight in my house
To cherish each stone
To love its precious wood
To swing in its trees
But not grasp them.

Oh Lord,
Please give me the grace
To know deep within
The flood may come again,
The call may come again
To evacuate, to take my pet
And leave all else behind.

Oh Lord,
Please give me the grace
To own my house
But not let it own me.
To love my house
But hold it loosely.

Oh Lord,
Please give me the grace
To hold lightly
Any place or person,
Any thought or feeling.

Oh Lord,
Please give me the grace
To open my heart
To your abounding love
And abiding rest
And Be Free!

And Lord,
Please Bless My House

GET THE BOOK, Light Shines in the Darkness, via Amazon or other online retailers.

Then, if you are interested in taking part in Lucille Sider’s nationwide online conversation with readers in September 2021, please email Lucille at [email protected]