Jesus’s vivid experience of the reality of Spirit radically challenges our culture’s way of seeing reality.
Marcus Borg in Jesus: A New Vision (1987)

I learned one more thing as I read about mystical experiences; namely, people who had them most often spoke of them as experiences of God, the sacred—the Mystery with a capital M that is beyond all words.”
Marcus Borg in Convictions (2014) 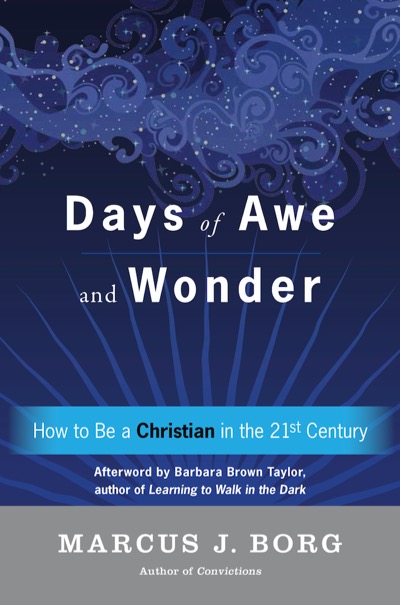 I knew that my life would forever be intertwined with Marcus Borg’s on December 18, 1993, when Ari Goldman published a story in The New York Times headlined: Burning Rage in Indiana. Earlier that week, I had published a wire-service story about a group of Bible scholars, including Marcus, who had publicly questioned whether Jesus actually said all the words attributed to him in the Gospels. Marcus was among the most eloquent voices I quoted in the story that was published in newspapers coast to coast.

However, this idea of questioning the accuracy of the Gospel accounts so enraged evangelicals in northern Indiana that they organized a public newspaper burning in a church parking lot! For Marcus and myself, this fiery spectacle covered by The Times was bittersweet news. No question: As a Bible scholar and a journalist we had drawn enormous public attention. On the other hand, public burnings echoed the McCarthy era in the ’50s and even Germany in the ’30s.

With relief 25 years later, I can report that this is the only time in my life—or Marcus’s life, which ended in 2015—that we were the subject of such a fiery public protest.

But I also know that this literal crucible in Indiana set us both on a trajectory of forever associating controversy with our work on religion. And, of course, there were  other events that pushed Marcus along that narrative path. I remember reporting the astonishment of Marcus’s publishers that joint public appearances by Marcus and the more traditional N.T. Wright drew enormous crowds nationwide. Then, there were further controversial headlines from the so-called Jesus Seminar.

What was lost in all of this was Marcus’s deep love affair with Christianity. He had a profound faith in the Spirit that continues to flow through this tradition—no matter the noise and nonsense that may occasionally obscure the deeper truths.

Ultimately, that is why I so strongly urge our readers to get a copy of this posthumous collection drawn from Marcus’s writings and introduced by his wife Marianne Borg.

To borrow a couple of Marcus’s own earlier titles, this book could have been appropriately titled: Meeting Marcus Borg Again for the First Time—Uncovering the Life, Teachings, and Relevance of a Religious Revolutionary.

‘A BROADER CONVERSATION ABOUT CHRISTIANITY’ 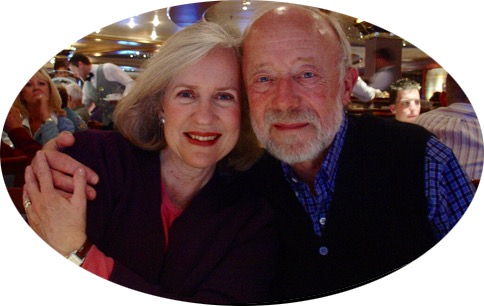 When I interviewed Marianne about this new collection—which was curated by Marcus’s long-time editors at HarperOne with input from Marianne—she said that she hopes this new book serves as a fresh introduction to his long career.

“One thing people may miss when they think of his work is that—for all his academic precision and clarity—he also was very receptive to the realm of Spirit,” Marianne said. “When he talked about Jesus and the Christian tradition he always tried to point toward the realm of Spirit where we can discover a deeper reality and new possibilities.”

That may not sound as revolutionary to readers today as it was back in 1987 when Marcus stepped onto the national stage via HarperOne with Jesus: A New Vision. An excerpt from that milestone volume opens this new collection. Remember: That was six years before the big headlines about the Jesus Seminar.

Marcus debuted as a national voice in a different context.

Here’s the background: In 1987, Marcus was raising a courageous, alternative voice against the backdrop of a deafening, politically loaded “Christian” chorus that was pushing a conservative political agenda. The Cold War was still so chilly that Ronald Reagan had been elected partly as a Cold Warrior with help from Jerry Falwell and the Moral Majority. By 1987, Reagan famously challenged the Russians in Berlin to “tear down this wall!” Clearly, Mikhail Gorbachev was headed in that direction. As American “Christians” confidently flexed their muscles, some dared to reach for the White House themselves. In September, 1987, televangelist Pat Robertson announced that 3 million Americans had signed up for his grassroots campaign for the presidency. That was the same month Pope John Paul II toured North America, drawing vast crowds wherever he went.

“All that stuff with Falwell and Robertson was trying to close off a broader discussion of what Christianity was all about,” Marianne recalled in our interview. “So, Marcus came forth at just the right time, when many people welcomed a call for a broader conversation about Jesus and Christianity.”

By the 1990s, Marcus had a reputation as an outspoken critic of traditionalist Christian voices—certainly encouraged by his public appearances debating N.T. Wright—but that reputation was easily mistaken as anti-Christian. That myth was fostered by Borg’s vocal critics who usually were the first to claim the “Christian” mantle.

“I’m so glad you’re making that point,” Marianne said in our interview, “because his Christian counter narrative was never an effort to destroy the tradition. In fact, he was so deeply drawn to the truth of Christianity that he believed the tradition could withstand the most rigorous evaluation. We can bring scrutiny to our faith—we can raise all kinds of questions—and our faith can take it. That was his true message.

“He invited people to look into the very heart of Christianity. He felt that our tradition deserved our very best, close examination. We should try to understand the ancient world views using our best scholarship, he believed, because that would lead to a clearer understanding of its relevance in our modern world.

“Yes, some people experienced his work as shaking the foundations of their own understanding of the church. But his larger vision was to free Christianity from the voices that would limit our faith’s possibilities. He wanted to liberate people to follow Christianity and to find their way home again—a metaphor he loved.”

That’s why this book is called Days of Awe and Wonder. That was Marcus’s vision of Christianity’s potential in the 21st Century.

‘WE ARE ALL LIVING WITHIN A MYSTERY’

There was another metaphor Marcus loved. He believed that a life of faith was a mystery. In fact, he was a life-long, voracious reader of murder mysteries, favoring writers such as Ian Rankin, Charles Todd and Julia Spencer-Fleming who develop complex characters and raise haunting questions about the human condition.

For 20 years, any time I interviewed Marcus, we would close the conversation with his recommendations of recent mysteries he had discovered. About 10 years ago, I made a point of asking him about his personal fascination with these novels. He laughed and said, “You know, you’re the only interviewer who asks me about mysteries. But, sure, I’ll talk about it.”

I asked: “Why do you think religious people are drawn to murder mysteries?”

Marcus replied: “The most obvious connection for scholars and historians is with the detective. Here is the analogy I would make. We might think of detective work as involving three stages: There’s the street detective who simply gathers something that might possibly be evidence, but the street detective doesn’t know what really will be evidence in the final case. It’s a process of collecting data.

“Then there’s the forensic stage, the analysis of the data and the evidence. Sometimes these roles are performed by different people and sometimes they’re performed by the same person. And, the third stage is what I would call the hunching stage—trying to see the big picture that the clues and the evidence that have been analyzed add up to. That is like the process that at least a historian working with ancient material goes through. I don’t know if a historian working with, oh let’s say, the causes of the Vietnam War goes through exactly that same process, but it is particularly true for people who work in earlier periods of history where the evidence is particularly thin. We go through these stages.

“But, it’s that hunching stage of the detective process that is most like what we do. There’s that whole relationship between clues and hypotheses that is so central to historical work.”

I challenged Marcus: “But your interest goes deeper than that, doesn’t it?”

He continued, “Well, yes, there is a second connection. A really good murder mystery or detective novel deals with the human heart, for want of a better phrase, including the heart of the murderer—the killer’s motivations. Oftentimes, we look at the darkness within all of us and the unconscious factors that motivate us.

“We are all living within a mystery.

“Now, the difference between detective stories and religion is that in detective stories you typically find out in the end what happened, so the mystery is neatly solved. But that sense of living within a mystery touches something deep inside of us and, in religion, things do not get resolved so easily.”

In my interview with Marianne, she agreed that fascination with mystery did, indeed, reflect Marcus’s larger vocation.

His respect for the ultimate, unsearchable mystery of faith led to what Marianne described as “his elegant generosity about it all.”

“He provided us with new lenses to see Christianity—through his scholarship and writing and speaking and teaching. But he wanted all of us to develop our own new eyes. He was not trying to make us all see things as he saw them. He was very generous in wanting all of us to find our own lenses and see in new ways,” Marianne said. “And that finally is why I think Marcus’s books will have a very long shelf life.”

Here at ReadTheSpirit, we agree.

Read the book. Order this new book from Amazon or Barnes & Noble.

Learn more about the Marcus J. Borg foundation. The website includes occasional new columns from Marianne as well as videos of Marcus’s talks—and much more.

VISIT OUR BOOKSTORES—You’ll find lots of books that explore faith and compassion for “the other” in our own ReadTheSpiritBookstore and our new Front Edge Publishing Bookstore.