Photo in public domainTUESDAY, SEPTEMBER 11: Pause in remembrance at 8:46 a.m. EDT today, and recall the terrorist attacks of Sept. 11, 2001. On this date 11 years ago, 2,977 victims of the attack lost their lives. You might call this “9/11” or “September 11th”—or perhaps you call it “Patriot Day.” Currently, the period of September 7 through September 9 also is designated as “National Days of Prayer and Remembrance” by presidential decree.

The official presidential declaration of the observance, this year, sums up the tragic memory:
Eleven years ago, America confronted one of our darkest days. The events of September 11, 2001, brought collapsing towers in Manhattan and billowing smoke at the Pentagon, wreckage on a Pennsylvania field, and deep ache to the soul of our Nation. Nearly 3,000 innocent people lost their lives that morning; still more gave theirs in service during the hours, days, and years that followed. All were loved, and none will be forgotten. On these days of prayer and remembrance, we mourn again the men, women, and children who were taken from us with terrible swiftness, stand with their friends and family, honor the courageous patriots who responded in our country’s moment of need, and, with God’s grace, rededicate ourselves to a spirit of unity and renewal.

When this observance first was declared in Washington, it was called “Patriot Day.” It is not a federal holiday, but the president annually asks that American flags be flown at half-staff, that Americans observe a moment of silence and that memorial services be held. Each year, now, many memorials are held in communities across the country. Although the White House designation now calls for the preceding weekend to include prayers, Presidents Bush and Obama both have followed a custom of dedicating 9/11 to leading the nation in remembrance. This year, the White House says President Obama will take part in a ceremony on the White House lawn, followed by a visit to the Pentagon memorial site—then he will visit wounded soldiers at the Walter Reed medical center. 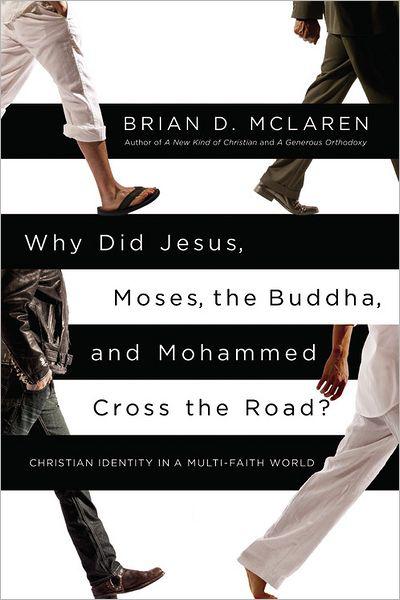 LOOKING BEYOND 9/11 WITH
BRIAN McLAREN THIS YEAR

This year for 9/11, best-selling author Brian McLaren has published his first book specifically addressing interfaith relations—actually released by Jericho Books on 9/11 to make McLaren’s point loud and clear. Within the book, McLaren writes: “Since 2001, I’ve been convinced that Christian identity involves both witness—graciously and confidently sharing our unique Christ-centered message—and with-ness—experiencing solidarity with people of other faiths, worshipping in one another’s presence and working together for the common good.”

That’s a tough struggle in our anxious, polarized culture, McLaren explains. McLaren even admits that it was tough for him to make this shift and that it was 9/11 that really started his change of heart on this matter. Now that he is advocating reaching out to cooperate with people of other faiths, he has received some strong criticism from other evangelicals for doing so. Please—read our coverage of Brian McLaren’s 9/11 release of a new book, this year.