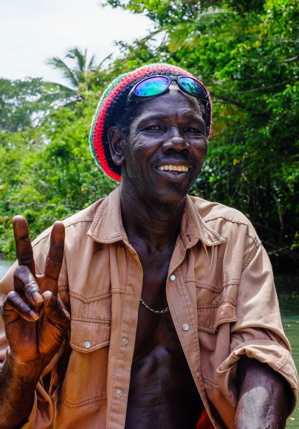 SATURDAY, JULY 23: Rastafari around the world—estimated to number 700,000 to 1 million—hold Nyabingi drumming sessions and celebrate the birthday anniversary of their God incarnate, Haile Selassie I. (Note: The belief that Selassie is God incarnate is not universally held; some Rastas regard Selassie as a messenger of God.) Born Ras Tafari Makonnen, Haile Selassie served as Ethiopia’s regent from 1916 to 1930 and emperor from 1930 to 1974.

Beginnings were meager for this emperor-to-be, born in a mud hut in Ethiopia in 1892. Selassie—originally named Tafari Makonnen—was a governor’s son, assuming the throne of Ethiopia in a complex struggle for succession. The nation’s leaders favored Tafari for the role of emperor—and, in 1930, he was crowned. Selassie would become Ethiopia’s last emperor.

Years prior to Haile Selassie’s enthronement, American black-nationalist leader Marcus Garvey began preaching of a coming messiah who would lead the peoples of Africa, and the African diaspora, into freedom. When news of Selassie’s coronation reached Jamaica, it became evident to some that Selassie was this foretold of messiah. Beyond the prophesies in the book of Revelation and New Testament that Rastafari point to as proof of Selassie’s status, the emperor also could trace his lineage back to King Solomon and the Queen of Sheba. Rastafari pointed to Selassie as the Conquering Lion of the Tribe of Judah, the Root of David and the King of Kings.

Selassie remained a lifelong Christian, but never reproached the Rastafari for their beliefs in him as the returned messiah. To this day, Rastafari rejoice on July 23, the anniversary of his birth. 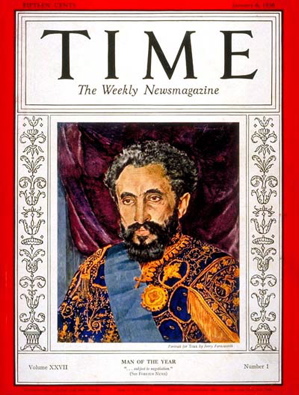 LEAGUE OF NATIONS—One of the most poignant chapters in Selassie’s life—and a key reason that he came to global attention—was an impassioned appeal for help that Selassie delivered to the League of Nations in 1936. In 1936, TIME magazine named him its Man of the Year.

The magazine’s “honor,” today, looks like nothing but ridicule for what TIME editors regarded as a foolish figure on the global stage. Dripping with sarcasm and openly racist, the TIME profile of Selassie included this description of him:

The astounding marvel is that Africa’s unique Museum of Peoples has produced a businessman—with high-pressure publicity, compelling sales talk, the morals of a patent medicine advertisement, a grasp of both savage and diplomatic mentality, and finally with plenty of what Hollywood calls “it.”

Selassie was in a life-and-death struggle with Italian aggression in his homeland. The TIME cover story appeared in January 1936. International opinions of Selassie changed dramatically that summer, when he made a passionate plea for help in a personal appearance before the League of Nations in Europe. His plea did not result in the help he sought, but the appeal now is considered a milestone in 20th century history. William Safire included the League address in his book, Great Speeches in American History.