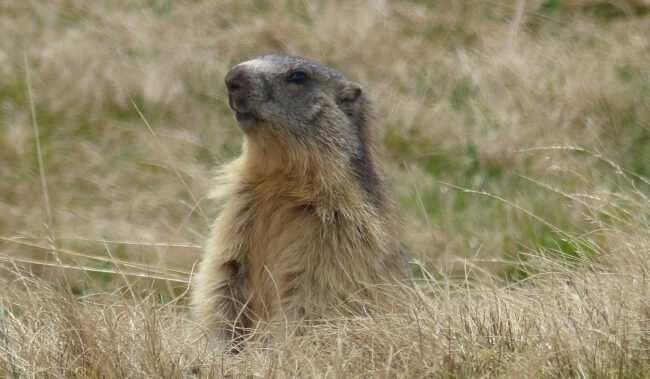 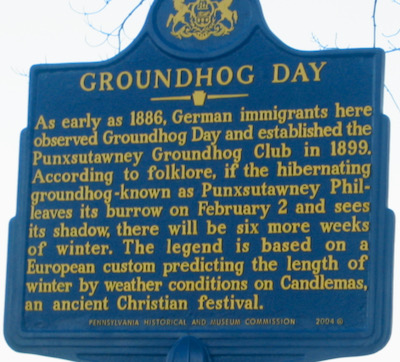 MONDAY, FEBRUARY 1 and TUESDAY, FEBRUARY 2: Today’s Groundhog Day may have evolved from the ancient festival of Imbolc, but woodland creatures and coming-of-spring myths, these days, have little to do with the observance of the Christian feast that falls one day later: It’s the Presentation of Jesus at the Temple, known better as Candlemas.

Looking for Phil? The nationally-known predictions and events spurred by Punxsutawney Phil, the “official” groundhog of Groundhog Day, will be going virtual this year. (Most years, tens of thousands of visitors flock to Punxsutawney, Pennsylvania for Groundhog Day, where “Phil” is regarded as the “one and only” weather predictor for the day.) For streaming information and more, click here. 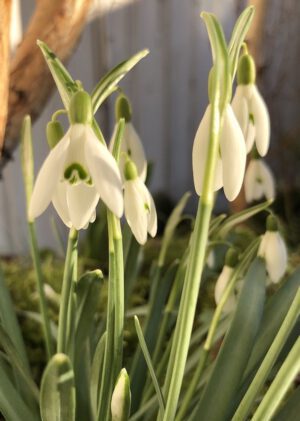 No matter which holiday you’re celebrating, do so with the unifying themes for these first two days of February: renewal and hope. The first days of February bring new beginnings, and the Gaelic festival of Imbolc marks the start of spring.

The feast of Candlemas focuses on the Gospel of Luke, which describes Mary and Joseph taking the baby Jesus to the Temple in Jerusalem, 40 days after his birth. According to the gospel, Mary, Joseph and Jesus met a man named Simeon while at the Temple, who recognized Jesus as the Messiah and as the fulfillment of a prophesy. A woman at the temple, Anna, offered similar praise for Jesus. However, Simeon warned that Mary’s heart would someday be “pierced with a sword,” as the future would hold tragic events for her young son.

The Feast of the Presentation ranks as one of the oldest feasts in the church, with records of sermons dating back to the 4th century. Aside from the blessing of candles—and the widespread and abundant use of candles, too—Candlemas brings an array of delicious foods and vibrant customs!

In countries across Europe, sweet and savory crepes are made; in Mexico, piles of tamales are served, often at a party thrown by the person who found the baby Jesus trinket in an Epiphany King Cake. French tradition has it that successfully flipping a coin while making pancakes will surely bring good luck, and Candlemas Bells—early-blooming white flowers, also known as snowdrops—are believed to purify any home they are brought into today.

What started as an ancient pagan festival’s legends on woodland animals “testing the weather” has slowly morphed into a national phenomenon in the United States. Groundhog Day, spurred by German immigrants of the 18th and 19th centuries who brought groundhog traditions with them to America, gave birth to “Punxsutawney Phil” and the array of groundhog-related events that (typically) fill lodges and streets in Pennsylvania in the first days of February each year.

Wiccans and Pagans in the Northern Hemisphere usher in February with the centuries-old Gaelic festival of Imbolc, marking the beginning of spring and the halfway point between the winter solstice and spring equinox. (Note: In the Southern Hemisphere, Lughnassadh is celebrated.) Corn dollies are made by young Pagans, while adults twist Brighid crosses. After dark, candles are lit to welcome the rebirth of the sun.