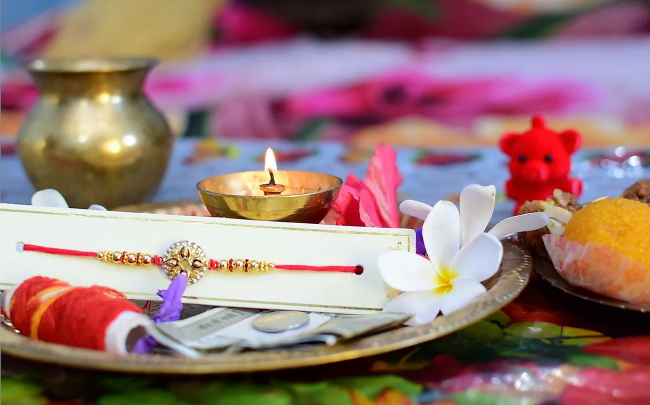 Photo by Prashant, courtesy of Pixahive

THURSDAY, AUGUST 11: Across India and in Hindu communities worldwide, the sacred bonds between brothers and sisters are honored on Raksha Bandhan. Over many centuries, the rakhi (from Sanskrit, “the tie or knot of affection”) has evolved from simple, handspun threads into bangles adorned in jewels, crystals, cartoon characters and even political figures.

IN THE NEWS: The makers of the upcoming movie “Raksha Bandhan” are set to release the song “Done kar do”—  the first Indian film to have a song launch in the UK. Read more here.

Weeks before the culmination of Raksha Bandhan, Indian usually shops offer a bright palette of threads for women making their own rakhi; shops also are stocked with colorful premade rakhi. Men also shop market stands, searching for a token of love for their sisterly Raksha Bandhan companion. 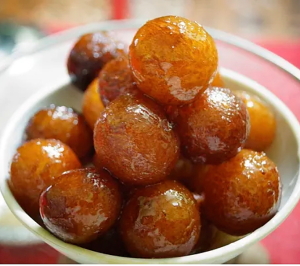 Did you know? Raksha Bandhan is so popular that nearly every year government officials across India announce some kind of new service or public improvement related to the holiday.

In a normal year, on the morning of the festival, brothers and sisters greet one another in, if possible, the presence of other family members. The sister ties a rakhi on her brother’s wrist, reciting prayers for his well-being and applying a colorful tilak mark to his forehead. The brother responds with thanks and a renewal of his sibling commitment, and the two indulge in sweet foods. The brother presents the sister with a gift, and everyone present rejoices in the gladness of family—often with a festive meal.

Some of the most popular Indian treats enjoyed on Raksha Bandhan may be surprisingly sweet to Westerners unaccustomed to Indian cuisine. A prime example is gulab jamun. Think of a donut hole soaked in syrup! India-based NDTV’s Food channel already has published tips for home-made gulab Jamun.

For an eco-friendly rakhi DIY, check out this article, from The Better India.