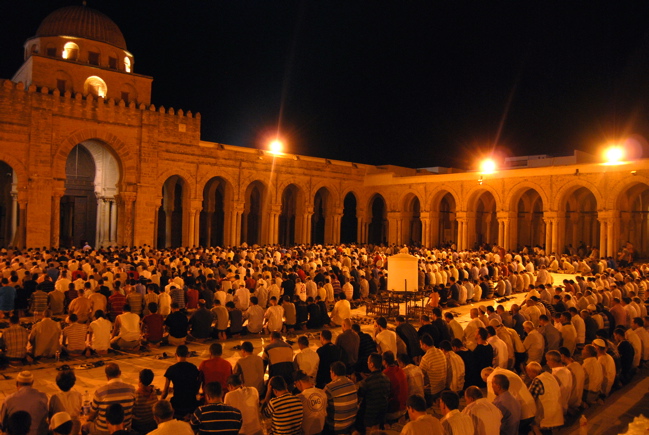 REMEMBERING THE VAST CROWDS BEFORE THE PANDEMIC. Muslims around the world recall the inspiring community-wide gatherings each night of a typical Ramadan. Here’s a pre-pandemic example from a mosque in Tunisia. Instead, for a second year, social distancing will mean smaller public programs and more of a focus on individual and family gatherings. (Photo by Zied Nsir, courtesy of Wikimedia Commons)

SUNSET MONDAY, APRIL 12: The world’s 1.8 billion Muslims—nearly a quarter of Earth’s population—begin the month of Ramadan as a crescent moon appears and is spotted around the globe. (Note: Starting dates in communities around the world may vary by location and by method of calculation.)

Because the Islamic calendar is lunar, the fasting month “moves earlier” each year in relation to standard calendars. Last year, in 2020, Ramadan began at sunset on April 23, not long after social distancing rules were circling the planet. Even though millions have been vaccinated, now, they still represent only a small portion of the world’s population.

By tradition, Ramadan begins with a crescent moon sighting that is typically visible 1-2 days after the astronomical new moon. The end of Ramadan—the ninth month of the Islamic calendar—is the celebration of Eid al-Fitr, a festival of the breaking of the fast. Eid al-Fitr marks the beginning of the next lunar month, Shawwal, and is a time of great feasting and family celebrations.

RAMADAN AND THE PANDEMIC 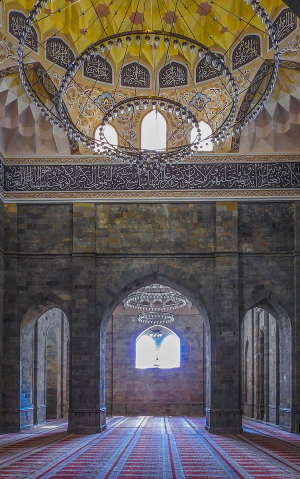 Many mosques are expected to remain empty (or near-empty) of worshipers through Ramadan. Photo courtesy of Wikimedia Commons

All three Abrahamic faiths—Islam, Christianity and Judaism—are learning to adapt to pandemic distancing. Already in 2021, Jews now have marked their second annual Passover and Western Christians (Catholics and Protestants) have celebrated their second Easter under the threat of COVID-19. Eastern Orthodox Christians will mark their second pandemic-era Easter later in April.

Now, Muslims are approaching their second Ramadan under restrictions. So far, Muslim communities are encouraged that the 2020 limitations on Ramadan allowed families to pass through a reasonably safe observance of the holy month.

A report in Al Jazeera summarizes research from the UK in the Journal of Global Health that suggests observant families adapted successfully last year. The Al Jazeera report says, in part: “The British study, published in the peer-reviewed Journal of Global Health, said there was no evidence to suggest that British Muslims who observed the holy month were more likely to die from a coronavirus infection. ‘Our findings suggest that the practices associated with Ramadan did not have detrimental effects on COVID-19 deaths,’ the report said.”

Most importantly for Muslim families in 2021 is news from Islamic authorities in many parts of the world that receiving a vaccination does not violate the strict fasting rules. A story in The New York Times focused especially on Muslim groups in the U.S. The Times report said, in part: “The executive director of the Islamic Society of North America, Basharat Saleem, said that numerous scholars of Islamic law had been consulted on the matter. ‘The answer is no,’ he said. ‘It does not break the fast.’ ”

To connect with Muslims in their homes, many mosques and organizations have set up online webinars, video conferences, live streaming and more. In some parts of the Middle East, the athaan—call to prayer—that is amplified from mosques will, this year, be altered to include the phrase “pray in your homes” instead of “come to pray.” 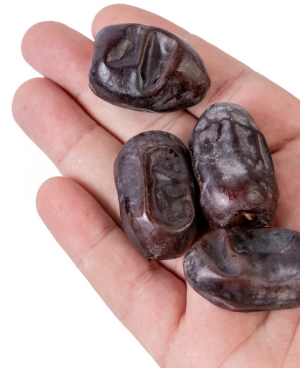 It is tradition to break the Ramadan fast with dates. Photo by Marco Verch, courtesy of Flickr

Muslims observe the month of Ramadan with a strict sunrise-to-sunset fast, which means that nothing passes the lips during those hours. All food and drink (including water) is prohibited. Meanwhile, prayer is increased, as is reading from the Quran.

According to Muslim belief, the first revelation of the Quran to Muhammad occurred during Ramadan, and as such, observance of the month is one of the Five Pillars of Islam. During the month of Ramadan, Muslims partake in a pre-dawn meal known as the Suhoor, and do not return to eating until after sunset—with the iftar. Three dates customarily break the fast each day of Ramadan, prior to the iftar.

In addition to fasting, Muslims donate to charity during Ramadan. Charity, known as zakat, sometimes translated as “the poor-rate,” is an obligatory practice. This year, experts are anticipating that a majority of zakat will take place online.