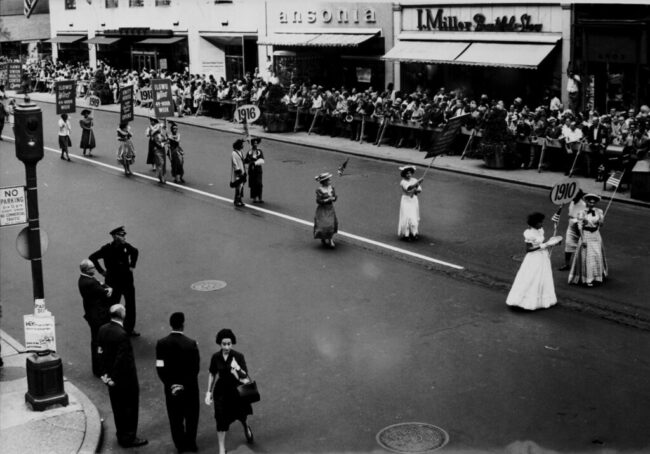 Members of the International Ladies Garment Workers Union march in a Labor Day parade. From the Kheel Center for Labor-Management Documentation and Archives, Cornell University Library. Photo by Kheel Center, courtesy of Flickr

MONDAY, SEPTEMBER 5: Parades, barbecues and travel abound this Labor Day weekend, but alongside the festivities, consider giving this holiday the merit it really deserves: a look at the history and relevance of labor in the lives of American workers. Labor Day is the result of the long struggle for recognition by the American labor movement; the first Labor Day celebration, celebrated in 1882 in New York City, attracted more than 10,000 workers who marched through the streets. Beyond recognizing the social and economic achievements of American workers, Labor Day makes us aware of the countless workers who have, together, contributed to the strength and prosperity of their country.

In 2019, the United Methodist Church published an appeal to church leaders. Titled “Labor Day Is Not Just a Day Off,” the text says in part:

By 1896, Labor Day was a national holiday in the United States.