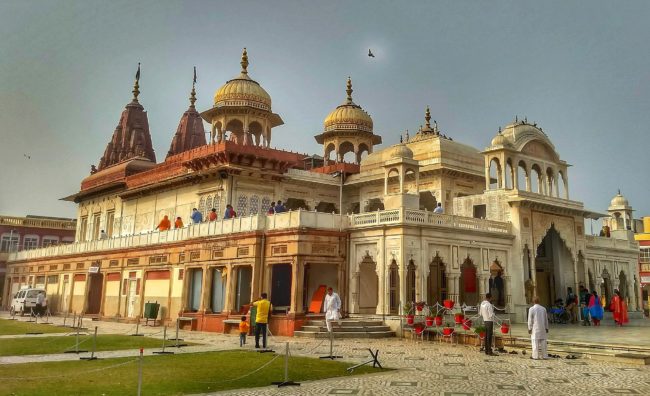 THURSDAY, APRIL 2: The most significant holiday of the year arrives for Jains with Mahavir Jayanti, the birth anniversary of the final Tirthankar, Mahavira. (In the Jain religion, each cycle of time, according to the laws of nature, gives birth to 24 Tirthanars. Though not an incarnation of God, a Tirthankar is a soul that has attained ultimate purity and possesses divine power.)

On Mahavir Jayanti, Jains visit elaborately decorated temples for religious rituals, prayer, and ceremonial baths of Mahavira statues. Many Jains spend this holiday meditating on the path of virtue defined by Jain teachings, and live out that path by acting in charity. (Learn more about Jain doctrine at JainWorld.com.) In India, Mahavir Jayanti is a national holiday.

BIRTH LEGEND AND LIFE OF MAHAVIRA

Jain belief holds that Mahavira was born the son of King Siddhartha and Queen Trishala, in 599 BCE. While pregnant, Queen Trishala experienced a series of dreams about her unborn child, and astrologers revealed that she would give birth to either an emperor or a Tirthankar.

While young, Mahavira developed an interest in Jainism and began meditating. By age 30, he was an ascetic who spent more than a decade seeking spiritual truth. Mahavira spent the remainder of his life preaching non-violence and righteousness. (Wikipedia has details.) Mahavira spoke widely of the importance of karma, indicating that an accumulation of bad karma leads to suffering, confusion and continued cycles of life and death.

IN THE NEWS:
HOLIDAYS IN INDIA & A VEGAN YOUTH RALLY

Christians worldwide are gearing up for the Easter Triduum and Easter, but in India, a jam-packed week of holidays is also on the agenda. Experts are voicing fears for potential disruptions in stock market transactions, exports and shipments, as banks close for 7.5 of 9 days. (Business Standard reported.) This week in India brings the national observances of Ramanavami, Mahavir Jayanti, Good Friday and two annual days of closing, along with the regular closing on Sundays.

In Jaipur, a Jain youth organization will hold a rally promoting vegetarianism on April 2, as part of the week-long Mahavir Jayanti festival. The purpose of the rally is to raise awareness of eating ethically and non-violently. Devout Jains follow a vegan diet without root vegetables—so as not to kill the insects and bacteria living on the roots—and some eat before sunset, to avoid harming any insects that might be attracted to artificial light after dark.