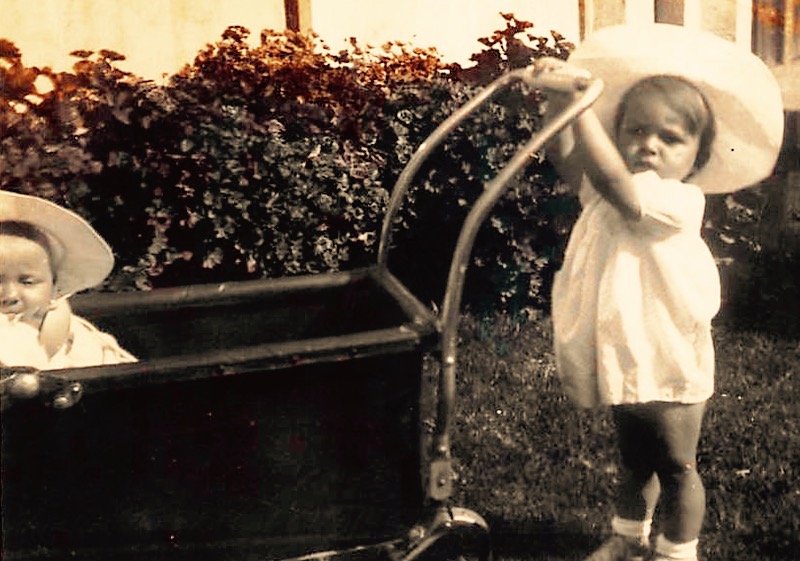 The foster child system has problems. That’s widely acknowledged. But why would a perfectly comfortable couple who live in a beautiful home with well-adjusted and happy children and grandchildren care about what happens to foster kids?  And put their money and energy where their hearts are? 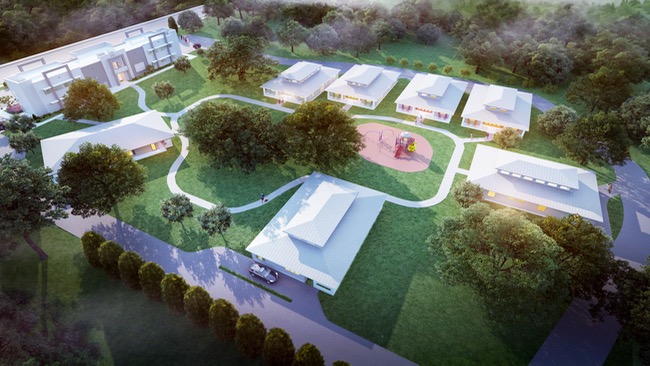 A model of the Campus.

That’s the question I posed to Graci (rhymes with posse).  She and Dennis McGillicuddy are spearheading the All-Star Children’s Foundation Campus, “a refuge for children, a place where healing occurs, hope is restored and spirits are renewed.”  Through innovative science-based research, the Campus of Hope and Healing aims to change the way foster children are treated in Sarasota and around the country.

“Integrity is my driving force,” Graci says.  “My father always said: honesty is like pregnancy.  You are or you’re not.”

While Graci enjoyed “an idyllic, principled childhood,” she considers growing up today “more difficult.”  She blames the breakdown of the family, increased media exposure to violence and gratuitous sex, and the Internet.  “My kids grew up with The Brady Bunch, Ozzie and Harriet, Mary Poppins, Mr. Rogers and Captain Kangaroo.  Where are they now when we need them?”

Daughter Aly’s a stay-at-home mom.  Aly has horses which she uses to help disadvantaged kids, including football players, with brain damage.  Son Dennis Jr. is a senior scientist at the renowned Woods Hole Oceanographic Institution.  He’s an expert in open ocean algae and red tide.  His mom, with characteristic wry humor, says, “I keep his PhD thesis in our guest bedroom in case any of our guests forgot their Sominex.”

Graci was born in Bogota, Colombia, where her father was a successful distributor of GM products.  “When Castro started practicing guerrilla warfare, cars were being overturned and there was violence in the streets,” the family moved to Barranquilla, Colombia.  A week before Graci’s 10th birthday, the family left Barranquilla.

Their American school only went through 8th grade.  “Our parents would have had to send us to America to boarding school during our formative years.  They couldn’t do that.  We left everything behind to start a new life in America.  Our dad tried to be frugal until he could find a job or buy a business.  Hence our meager home, but one full of love and hope.”  (Her dad did buy a business and flourished.) 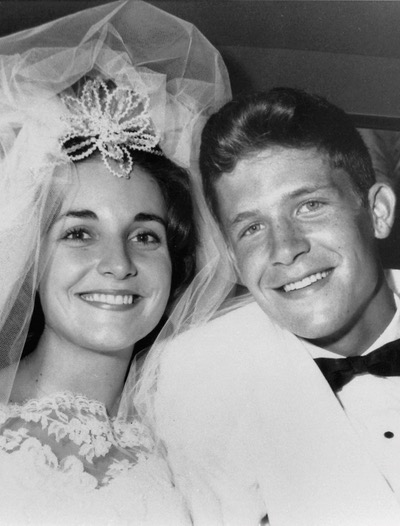 Graci graduated from public school at 16.  She and Dennis met at the U. of Florida at the beginning of their junior year and married at the end of that year.  “We were 20 going on 14.”  They both finished college and Dennis attended law school.  Graci taught school and went to grad school.  She became a stay-at-home mom 2 years later when Dennis Jr. was born.

As a young teacher in the small town of Brooker, FL, Graci drove 26 miles each way to school.  She taught 7 6th graders and 15 5th graders (fewer during strawberry picking season).  Students’ IQs ranged from 80 to 130.   “Every day in that 4-room school house was an opportunity to make a difference.”    When one student had trouble seeing the blackboard, Graci asked a visiting nurse to check his sight.  After testing almost legally blind, he got glasses.  “He showed a 100% turn around.  He didn’t know he couldn’t see.”

How did she manage to teach such a diverse group?    “I invented as I went along.”

Since many students came from homes with no electricity or water, no less TV or newspapers, she brought papers and periodicals to class.  Many had never seen an escalator or elevator.  Graci took them, 2 at a time, to the public library or the local department store.  “Every day was a wonderful challenge.  How could I prepare them for life?”  She invited students home for dinner.  “When we sat down, Mr. McGillicuddy pulled out my chair.  And he didn’t start eating until Mrs. McGillicuddy did.  It’s so important for adults to realize children model everything we do.”

For 2 boys with low IQs, she gathered job applications.  Filling them out was their reading homework.

When her students had trouble understanding fractions, Graci brought in Moon Pies and M&Ms.  She cut the Moon Pies into halfs and eighths.  She asked, Who wants one-half of a Moon Pie and who wants one-eighth?  Everyone chose the latter.  “When they realized they had to share their candy with 8 students, it was amazing how quickly they got fractions.  Every day was rewarding as I saw the light shine in their eyes, feeling accomplished.  I think of my kids often and wonder where they are now.”

Looking back, Graci says, “At the time I had no idea what I was doing.  I had to think creatively. Now I see I was role modeling my parents.  They never told me what to do.  They led by example. They showed me my talk and my walk must be the same.  I never wanted to disappoint them.”

In a 1986 case that received national attention, 18-month old Shannon Nicole Cook was found beaten to death outside a rural hospital near Florida’s Gulf coast.  While hers was one of about 135,000 child abuse cases in the state that year, the story shocked Floridians.  Graci was so moved that instead of jewelry for her birthday, she asked Dennis to donate money to help spare other children.  She committed herself to being a voice for children.  She’s been that voice ever since, serving on local and state boards advocating for abused children.

Graci and Dennis teamed up with Johns Hopkins All Children’s Hospital to form the All Star Children’s Foundation.  All Star purchased property for a “campus of caring” in Sarasota.  Annually, up to 100 children from disrupted families will be able to live with their siblings and recover from trauma in a residential setting.  The McGillicuddys hope the effort will become a model for foster care everywhere.

Graci offers some startling statistics.  400,000 U.S. children are in the foster care system.  Every 10 seconds, a report of child abuse occurs.  80% of prisoners were abused as children.  77% of children who die from abuse in Fl. are less than 4 years old.  50% of siblings are separated due to a shortage of foster care homes.  70-80% of children involved in human trafficking were in foster care.

When children are first removed from home, it’s a “very traumatic time,” Dennis says.  The campus of caring will provide a facility to nurture children until they’re ready to return to their parents or be placed in a more permanent foster home.  Through John Hopkins, All Star will benefit from the latest brain research and provide tools to follow children in the foster child system. The McGillicuddys are actively seeking donations for the All Star Children’s Foundation $13 million campaign.

Graci and Dennis don’t just give generously but show up at fundraisers around town.  Though they keep a lower profile, Dennis is part of the Mack family, Florida’s version of royalty.  (Ancestor Connie Mack was a pro baseball player and manager of the Philadelphia Athletics, with 5 World Series.  Mack relatives served in the U.S. Senate and Congress.)   Dennis, who was in cable TV, and Graci favor organizations involved with education and with Sarasota’s bustling live theater scene.

When this dynamic couple  makes up their minds, they make things happen.  As Graci puts it, “When it comes to something I care about, I really want people to be engaged with the vision and the mission.”

Graci’s background as a daughter, a teacher and mother energizes her passion.  Her coffee mug reminds her of her purpose every day.  It’s printed with Gandhi’s words, “Be the change that you wish to see in the world.”

Research shows childhood experiences affect brain development.  With proper care, the effects of early trauma can be overcome through neuroplasticity, the ability of brain cells to change.    If Graci has anything to say about it, problems like the recent disaster in Parkland, FL, will diminish.  God willing.

For more information, go to AllStarChildrensFoundation.Org.

Thanks, Graci, for caring.  And sharing. 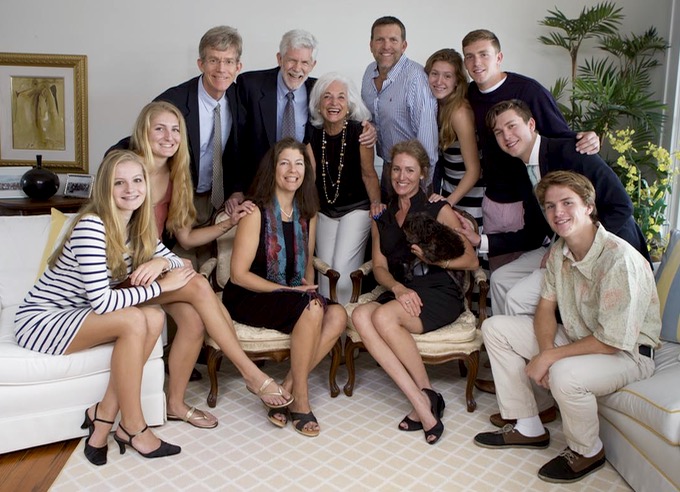 Graci, Dennis and their family today.