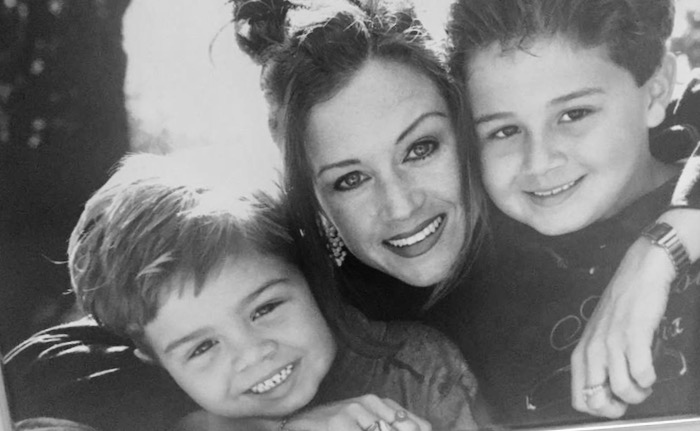 Michelle Brault with sons Matthew and Nicolas in the year Michelle’s Mom died and she found her birth family.

Life has knocked Michelle Brault down many times for many reasons.  But nothing keeps her down for long.

Times, attitudes and legal rights have shifted since Michelle was born in 1966.  Although abortion became legal in New York that year, Michelle’s unwed parents, Diane and John, moved from Pittsfield, MA, to Albany, NY, to wait out Diane’s pregnancy.  Both Catholic, they gave birth at Our Lady of Providence to ensure their child’s adoption by a Catholic family.

Their prayers were answered.

Virginia and Joseph Brault had been married 4 years.  Unable to conceive, they approached Our Lady of Providence adoption agency.  Soon after, they brought home a baby girl they named Michelle.  In one of many Godsigns, Michelle’s birth parents had named their baby Michelle, the name the Braults unknowingly chose.  2 years later, the Braults brought home Michelle’s adopted brother, Michael.

Joseph was a pharmaceutical sales manager for Bristol Meyers Squibb.  Virginia, a former pediatric nurse, became a stay-at-home mom.  Michelle says, “I literally grew up with a white picket fence and dinner on the table every night.  My friends all hung out at our house because they could feel the love inside.”

Although adoption was often hushed up in the 60s, Virginia raised Michelle to know she’d been adopted.  She read her books about adopted children.  “She always told me I was special,” Michelle says.  “Thanks to her, I believe in happy endings.”

In that era, birth parents’ identities were kept secret.  But Michelle says, “I grew up with a deep longing to know my birth parents.  Who did I resemble?  What traits did I inherit?  What medical issues?”

At 30, Michelle had a job selling hair products to high end salons.  She was working with a salon owner who was cutting the hair of a male client.  Michelle asked the client if he happened to be a pilot.  He replied no; he was a private investigator.

“Oh good,” Michelle said.  “Will you find my parents?”

The P.I. discovered that Massachusetts had changed its laws.  For $300, Michelle could learn the identity of her birth parents.

Michelle wrote a 4-page letter to Diane, her birth mother, asking to meet her parents.  She was warned they’d probably refuse since they’d married 6 months after Michelle was born, Diane had 2 daughters from a previous marriage and she and John had had 2 children together.   Undeterred, Michelle says, “I thanked them for giving me life.  I said I looked on their giving me up as an act of love, not rejection.  I asked to meet them.  Diane wrote back: yes, of course.”

Diane called that night.  Michelle picked up the phone and said, “Is this who I think it is?”

Michelle says, “I started to cry.  I was overwhelmed to talk to the person who gave me life and gave me away.” 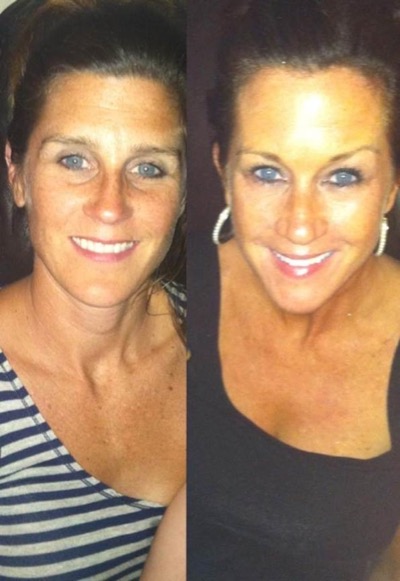 Michelle learned her birth mother had been 28 when Michelle was born.  She was half-Italian and half- French.  Her birth father had been 26, college educated and a newscaster. Having a high-profile job, her father felt unable to admit to a child out of wedlock.  Michelle would come to learn she had 2 half sisters who ended up being raised by their father’s sister.  But she was “super excited” to hear she had 2 full sisters.

“It’s rare for an adoptee to get 2 full sisters,” Michelle says.  “But then, I believe in happy endings.”

Michelle arranged to meet her birth family, including Diane, half-sisters Robin and Kim and full sisters Kathleen and Kerry (the latter turned out to look just like Michelle).  Michelle flew from Fort Lauderdale to Providence, RI.  Walking down the jet way was, she says, “the only time in my life I hyperventilated.”  But she settled down with a big group hug.

The weekend she spent with her birth family was a highlight, she says, even though none of the girls knew about her.  “But they weren’t shocked.”  She learned Diane had given her first 2 children to their father, who in turn gave them to their grandmother, to raise.

(More about Michelle’s colorful life in next column)