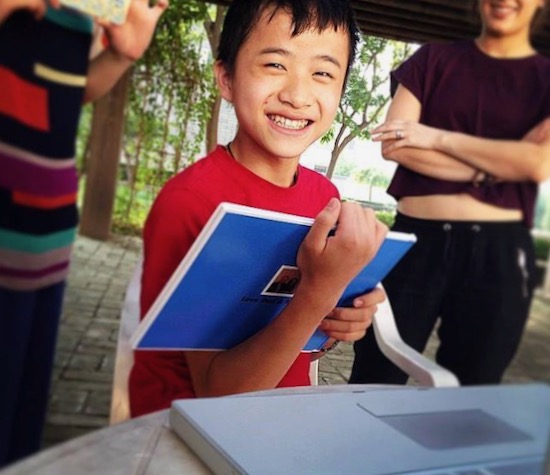 The boy who would become Matthew proudly holds a book of photos of his new American family and sits at a laptop computer to meet his new brothers and sisters via the Internet.

Rennie Kaufmann, of Grosse Pointe, MI, is one of the most talented people I know.  An amazing singer with a ginormous heart. 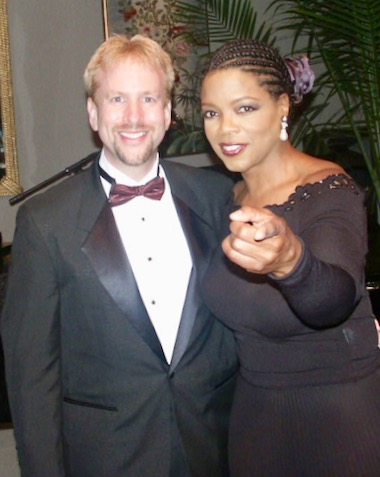 First, here’s a story involving Rennie and Detroit legend Aretha Franklin: In 1998, Detroit’s late Queen of Soul sang Puccini’s Nessun Dorma in honor of Pavarotti at a MusicCares dinner.  2 nights later, she was booked to perform a Blue Brothers number with Dan Akroyd, John Goodman and Jim Belushi at the Grammys.  Pavarotti was there to sing Nessun Dorma, but was too ill to perform. With 20 minutes to go, the producer rushed into Aretha’s dressing room.  Could she fill in?  She listened to the dress rehearsal, then said: “I can do it.”  She pulled off a bravura performance of one of the most famous arias of all time, on TV, before a live audience including Faith Hill and Celine Dion.

So what did this have to do with Rennie?

Earlier that year, Aretha called Rennie, who was recommended by a Detroit music association.  Aretha  wanted help with the Italian pronunciations of Nessun Dorma.  Rennie was thrilled.  He FAXed her a phonetic text of the words. Soon after, Rennie did his first gig for Oprah on a Caribbean cruise she hosted for poet Maya Angelou’s birthday.  Guests included producer Quincy Jones, singers Odetta and Natalie Cole and “pretty much everyone who was anyone in black entertainment.  It was a kick to be included.”  After the cruise, Aretha called her new pal again to make sure he was watching TV.  Oprah was showing video clips from the cruise.

But I digress. Though he sings for the rich and famous, Rennie’s not carried away by celebrity. The reason I wanted to talk to him involves his adoption of a Chinese boy 3+ years ago, a boy with Spina Bifida and special needs. 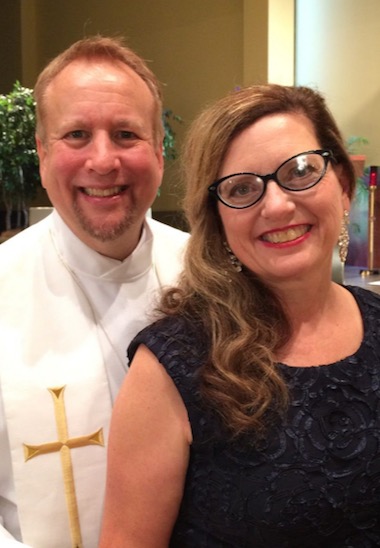 Rennie with his wife Karen at their church.

Rennie and Karen, in their 50s, had home schooled and raised 5 biological kids, all now adults.  Another child was “the last thing on our minds,” Rennie says.  He sings at private and corporate parties, lately with daughter Esther,  “to support my family and my day job.”  Rennie’s the pastor of Risen Christ Lutheran Church in Plymouth.  He’s also a chaplain for Wellspring Lutheran Services and ministers to people in rehab and sick and hospice patients.

Toward the end of their overseas stay, Karen et al Skyped Rennie.  He recalls, “There was a long pause on the computer screen.  Then Esther said, ‘So Dad, there’s a little boy who needs a forever family.’  And Karen said, ‘I’m honoring your request to return with the same amount of children.  But I put one on layaway.’”

The little boy was 13, with a congenital spinal disease.  Once he turned 14, he’d no longer be eligible for adoption—that is if anyone wanted a child with obvious medical problems.   Esther, 22 (17 at the time), says the 13 year old was “one of the oldest children at the orphanage.  He was so sweet, always helping  others.  It would have broken my heart if he didn’t have a family.”

And so the Kaufmann family began holding garage sales and spaghetti dinners.  The community rallied.   “It seemed like every time we needed extra money for an adoption expense or background check, the money showed up.”  4 months before the orphan, whom they named Matthew, turned 14, Karen and Rennie went to China to bring him home.  Meanwhile, Esther took a couple of semesters in Mandarin to  minimally communicate with her new brother, who then spoke no English.

Matthew’s had surgery on his spine and elsewhere.  “He’ll have a lifetime of medical needs,” Rennie says.  “But there are opportunities for care in the US he’d never have had.  He takes voice lessons and piano and studies hard.  He tells stupid jokes like his dad.  He’s brought us great joy.  We say that HE adopted US.  In Hebrew, his name means Gift of God.  God prepared a family for Matthew.   With him, we feel complete.“

Now 17, Matthew enjoys accompanying his dad in helping seniors and rehab patients.  He’s catching up academically.  His proud papa says, “He talks more and more about becoming a doctor.  And he aced his first college class!”

Rennie says, “We aren’t islands.  We’re meant to reach out to each other and lift each other up.  My guiding principle: Love people.  Use things.  Never the other way around.” 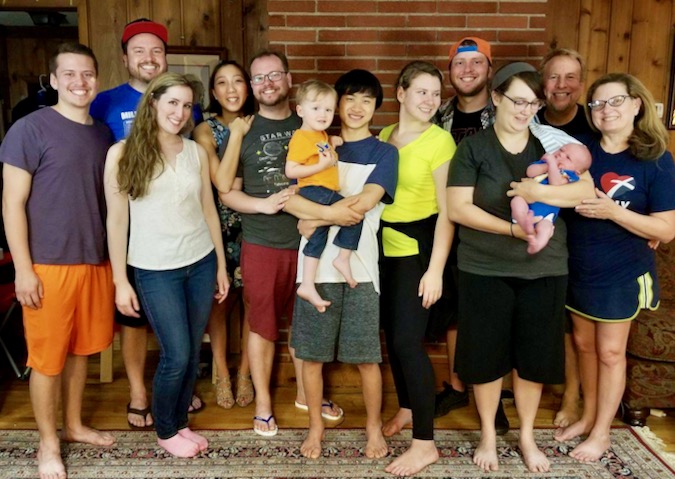 The Kaufmann Clan these days. Matthew is in the center holding his nephew Caleb, who is Renie’s and Karen’s grandson.