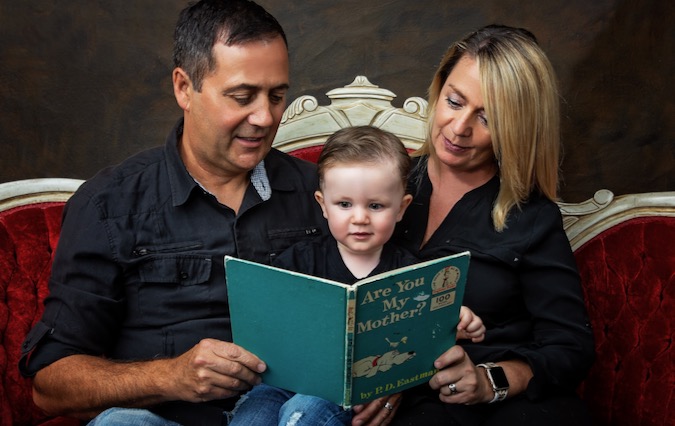 My friend LaShelle had come a long way.  She’d taught art to challenged high schoolers for several years.  She’d written and promoted a book on religious outsider artist Ed Lantzer.  She’d met and married Ken, a successful builder in Northern Michigan.  She looked forward to tackling her next project.

Little did she know that next project would be her 9 month old grandson.

The latest US Census indicates some 2.4 million grandparents have become caregivers for their grandchildren.  The predominant cause: parents’ drug addictions.

LaShelle’s daughter Kaleigh was diagnosed bipolar in 8th grade.  LaShelle had sensed it long before.  Kaleigh’s father had left when she was 10.  After, Kaleigh seldom saw him.  At 13, she made her first suicide attempt.  A doctor put her on Zoloft.  “It made her worse,” her mom says.

Over the years, Kaleigh overdosed with pills more than 11 times.  Two attempts led to her being  hospitalized on a ventilator in intensive care.  About her mood swings, she told her mom, “I don’t want to be this way.”

LaShelle says, “It was a struggle to keep her alive and help her have a stable, productive life.” Counselors, psychiatrists, medication adjustments, pep talks—nothing worked for long.  After one suicide attempt, LaShelle took days off from work and packed the car.  Mother and daughter went for a spontaneous drive, ending up in Chicago. 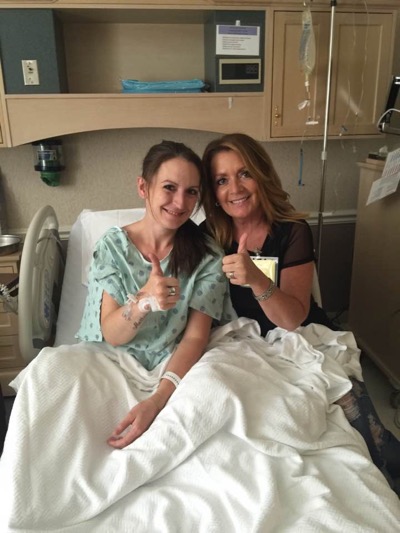 Kaleigh and LaShelle on a good day in the maternity ward.

“I hoped getting away would help.”  They walked to museums, restaurants, shops; talked and laughed and “had the best time.”  It helped “for a while.”  After another attempt, LaShelle sent Kaleigh to CA to spend time with LaShelle’s sister.  LaShelle “prayed and prayed.”  Kaleigh was in and out of psych wards but never for more than a few days.  Her single mom lacked the resources for a long stay.

Matt fathered Kaleigh’s first 2 children, Ellianna and Matthew.  When  Kaleigh had  Elliana, at 23, her mood lifted.  “I thought I had my child back,” LaShelle says.   But with Matthew, Kaleigh’s mood plummeted.  Suffering from endometriosis, she received painkillers.  “Her drug addiction sparked.”  At one point during Kaleigh’s on and off relationship with Matt, she dated Chris and became pregnant with Karter.

Despite her struggles with her daughter, LaShelle went back to school.  On the day her first marriage ended, LaShelle received her bachelor’s degree.  She began teaching at a school for troubled teens, using the arts to reach them. She met Ed Lantzer, a homeless carpenter who volunteered to work with her students.  (Here’s an earlier column about that project.)

LaShelle put on a happy face, but inside, she was “crumbling.”  She says, “I kept thinking: I can reach these kids, but I can’t help my own daughter.”  While she’d be teaching, her daughter would call.  “She’d always have some catastrophe, like being stuck in a blizzard with a flat tire.” 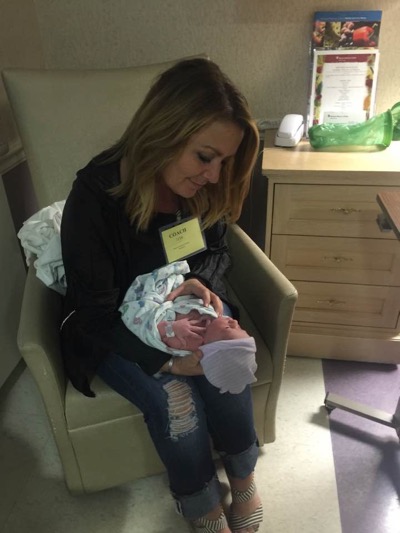 Karter was born in 2016.  “By then,” LaShelle says, “drugs had taken Kaleigh  over.”  LaShelle had since married Ken.  The couple thought her daughter might feel more secure with a home of her own and bought one in her name.  LaShelle and her sister worked for months fixing up the house. “Instead of being excited, Kaleigh found reasons not to be there.  A friend needed her.  Someone broke into her apartment.”

LaShelle worried about her grandchildren.  Kaleigh called, saying, “I need a break.  Come get the kids.”  LaShelle received another call: from Child Protective Services.  Someone had reported child neglect.   Either their grandmother would take the children or CPS would put them in foster care.

LaShelle had a book talk and big event scheduled in Chicago that weekend.  She canceled.  “I had no choice.”

LaShelle recalls the day CPS knocked on her door with her 3 grandchildren.  Would she take them?  “’Yes’ came out of my mouth before I thought about it.  I packed up 3 kids under 3, and somehow got them into a truck and to the courthouse to sign guardianship papers.”  Unknown to LaShelle, CPS had also contacted Matt, the father of the older 2.  He met her at court and took them.

Now for the bright side…

LaShelle had been through a series of failed relationships—men unable to cope with her responsibility for a bipolar child.  She’d taken time off from dating, to prove to herself she could survive without a man.

During this hiatus, her brother told her, “I’ve met your future husband.”

For 8 months, her brother persisted.  LaShelle finally agreed.  She and Ken, a well-respected NoMI builder, were going to see a movie. He picked her up early; they waited at the Outback.  LaShelle thought to herself: I’m going to throw my baggage out there.  He’ll be up and out the door. 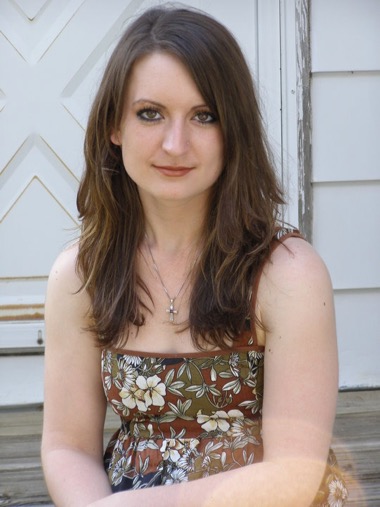 But Ken surprised her.  He understood what she was going through.  His mother’s bipolar.  The couple have been together for 9 years; married for 8.  They live near our farm in Ellsworth, MI.  “Ken handles Kaleigh better than I do,” LaShelle says.  “We’re a great team.  But mental illness takes a toll financially, emotionally and physically.”

When she and Ken first took in Karter, LaShelle says, “I bawled my eyes out.  I was grieving my future, my life, my daughter.  I told Ken: ‘I don’t know how we’re going to do this.’”   Karter was 9 months old.  His head was smaller than normal.  He couldn’t sit in a highchair or pick up food with his fingers.  He was underweight, not immunized, malnourished.

LaShelle says, “I was supposed to be retiring, enjoying my husband and my last trimester of life with friends.  Instead, I felt so alone.”  She learned about a Facebook Page for grandparents in similar situations, The Addicts Mom (G2G) Grandparent2Grandparent.  “I was struck by how many grandparents are raising grandchildren whose parents lost their lives to drug addiction.”

In a month, Karter had gained weight, his cheeks started filling out, his color improved.

As for LaShelle, “After 6 months, I felt a shift.  My attitude was no longer: How in the world do I do this?   Karter has become a vibrant, happy little 2-year old who walks around the house singing ‘ABCs’ or ‘Wheels of the Bus’ with a toy car or plane in each hand.   What’s unexpected is how much joy Karter has brought us.  When Ken comes home from work, his face lights up when he sees Karter. “

Karter now goes to school 3 mornings a week and “loves it.”  LaShelle wants him to stay close to his siblings.  Every 2 weeks, she and Ken host a sleepover for all 3 children.  Meanwhile, his mother has been in jail for drug possession since April.

LaShelle says, “I wanted to be the perfect mom with the perfect family.  There’s such shame involved in raising a child with mental illness.  There’s no resolution as there can be with a physical illness.  Over the years, my mother and I did everything we could for Kaleigh.  Ken helped me see I had to step back.  I wasn’t helping her, I was enabling her.  And she was soaking us dry financially.”

Raising Karter has given LaShelle a chance to be the mom she once hoped to be.  “I’m committed to doing whatever’s needed to see that Karter grows up happy, loving and secure.”  While she and Ken have full guardianship, they can’t adopt their grandson because Kaleigh’s parental rights have not been terminated.  Kaleigh could take her son back someday.

For now, the VanHoutens are enjoying the time they have with their grandson/son.  As for the future?  “It’s in God’s hands.”

One day after this column published, Kaleigh was released from jail. She told her mom she feels great and is excited about her future. She hopes to go to college to become a substance abuse counselor to help others with similar problems. She wants to be the mother she couldn’t be on drugs, as drugs took away her emotions. LaShelle says, “For now, it’s one day at a time, one second at a time. Kaleigh looks toward a clean and healthy life and future, which she says is the only choice for her now.”

To the whole family: Godspeed. 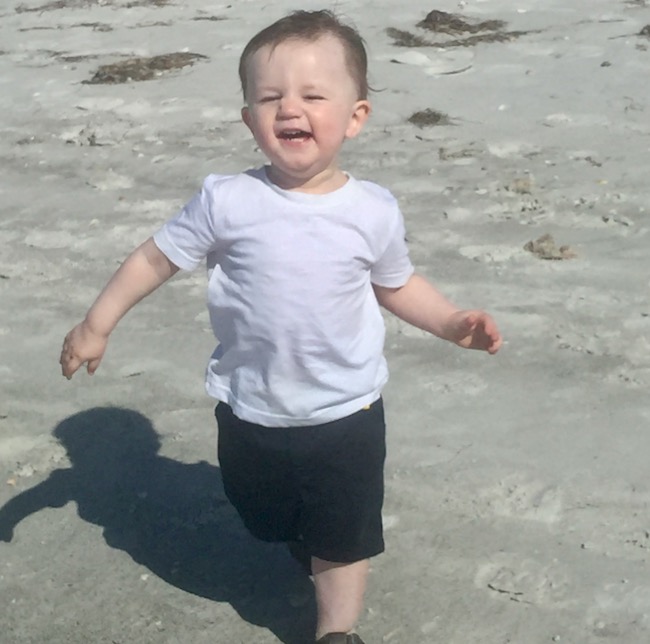 Karter enjoying life along the shore.