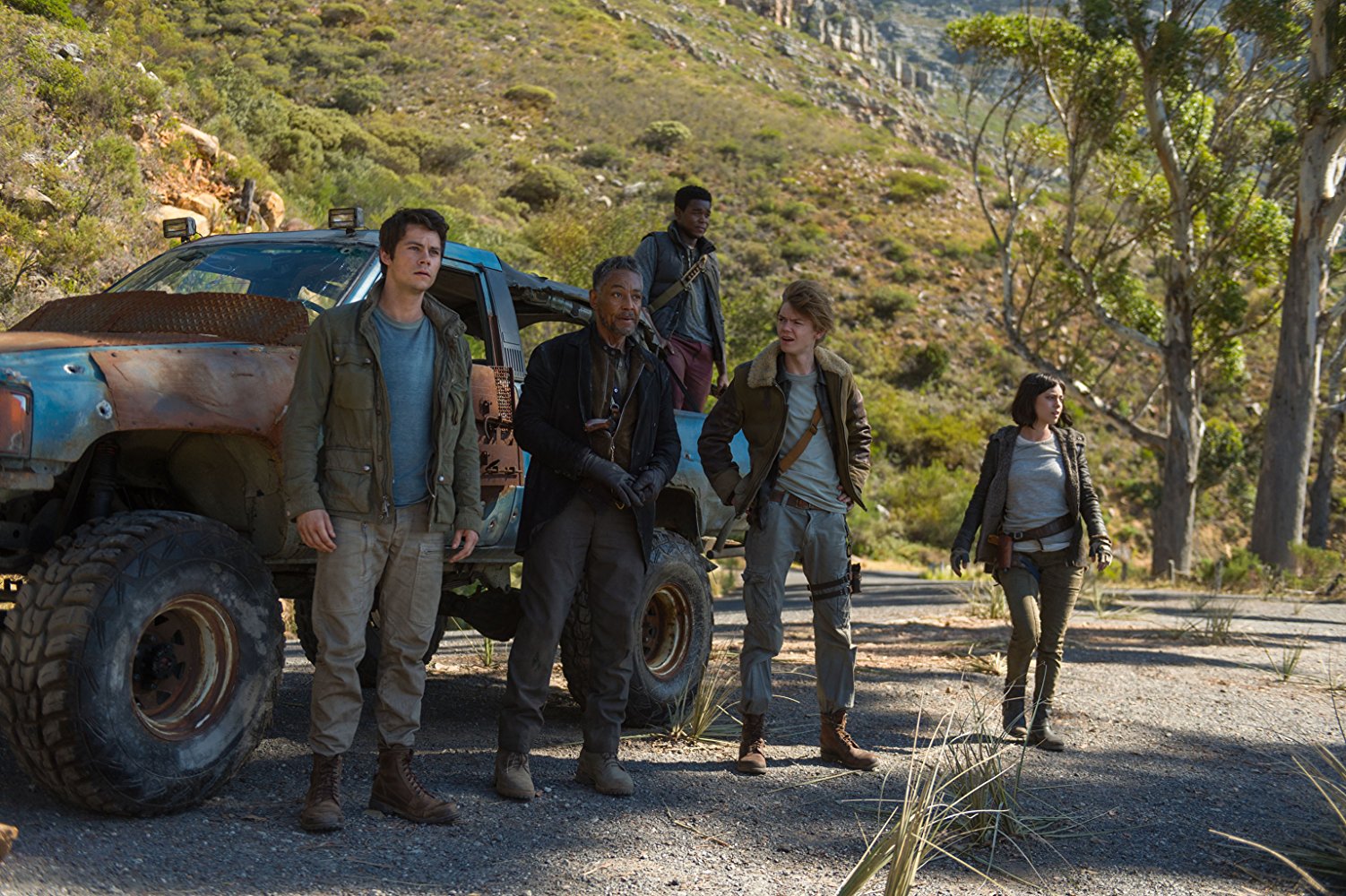 Director Wes Ball and screenwriter T.S. Nowlin bring the Maze trilogy set in a post-apocalyptic world to an exciting close in a manner that should satisfy even those who were disappointed by the second film. Even newcomers will be taken by the thrilling rescue of some of our teenage heroes imprisoned on a speeding train, our main hero Thomas (O’Brien) descending on a sky hook suspended from a plane hovering over the train.

By way of a quick summary, James Dashner’s books are about a group of healthy teenagers used as lab rats by being sent into an area known as “The Glade,” which is surrounded by a huge concrete walled maze where they (calling themselves “Gladers”) must quickly adapt or be destroyed by the monsters residing in the huge labyrinth. The old civilization has been destroyed in the wake of a plague, called “The Flare,” that changes its victims into zombies, called “cranks.” The not yet infected have retreated into a walled city. A semi-governmental agency known as WCKD (World Catastrophe Killzone Department) have rounded up and imprisoned a number of teenagers who are immune to the disease so that they can experiment on them to find a cure—thus the subtitle of this concluding segment.

WCKD’s initials are an unsubtle hint that the methods used by the agency, which (pronounced “Wicked”) is headed by two scientists (Aidan Gillen, Patricia Clarkson) willing to use any means necessary to come up with a cure, is very questionable. In the second film Thomas’s love interest Teresa (Kaya Scodelario) betrayed him by going over to WCKD to offer her skills in the search for the cure. We wonder how their reunion will turn out when Thomas leads his ragtag band into the city of refuge and then into WCKD’s huge lab. There are lots of complicated events, mostly violent struggles, before Thomas and his fellow Gladers prevail—and along the way a number of heroes give up their lives, a couple of he scenes being specially moving.

Not as critically successful as The Hunger Games series, there are still plenty of excellent special effects and cliff-hanging events to keep our attention. The theme of friendship, loyalty, and betrayal are well handled, and even more so, the question of the ethics of scientific experimentalism—Patricia Clarkson’s Dr. Ava Page is so anxious for the cure to save what is left of humanity that she is willing to force her subjects to submit to her experiments, even when the process inflicts extreme pain on them. Does the end justify the means? Teresa comes to believe so, crossing over from Thomas’s side to join Page’s team. This part might remind you of some of the experiments the U.S. government has conducted on African Americans, and earlier on feeble-minded subjects, two chapters of American history of which no one today is proud.

A band of youth in a post-apocalyptic world beset by a plague that turns victims into zombies fight a corporation using teenagers immune to the virus to find a cure.
Editor Rating ★★★★★3.5 out of 5
More Details