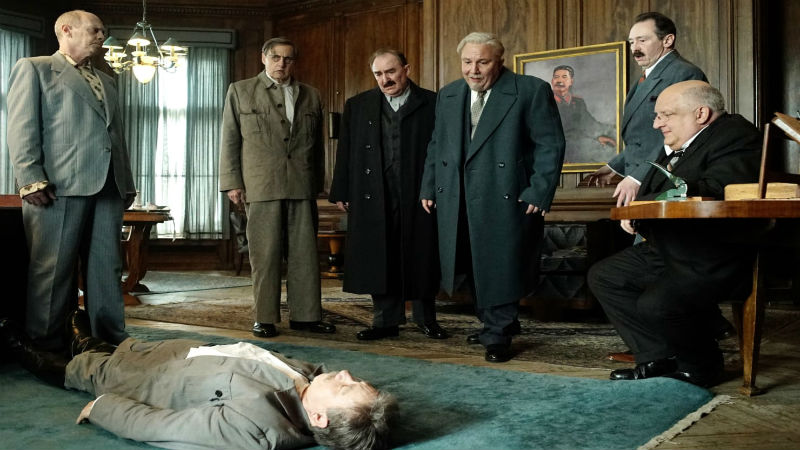 King David was old and advanced in years…

Now Adonijah son of Haggith exalted himself, saying, “I will be king”; he prepared for himself chariots and horsemen, and fifty men to run before him.  His father had never at any time displeased him by asking, “Why have you done thus and so?” He was also a very handsome man, and he was born next after Absalom.  He conferred with Joab son of Zeruiah and with the priest Abiathar, and they supported Adonijah.  But the priest Zadok, and Benaiah son of Jehoiada, and the prophet Nathan, and Shimei, and Rei, and David’s own warriors did not side with Adonijah. Adonijah sacrificed sheep, oxen, and fatted cattle by the stone Zoheleth, which is beside En-rogel, and he invited all his brothers, the king’s sons, and all the royal officials of Judah,  but he did not invite the prophet Nathan or Benaiah or the warriors or his brother Solomon. Then Nathan said to Bathsheba, Solomon’s mother, “Have you not heard that Adonijah son of Haggith has become king and our lord David does not know it?  Now therefore come, let me give you advice, so that you may save your own life and the life of your son Solomon. Go in at once to King David, and say to him, ‘Did you not, my lord the king, swear to your servant, saying: Your son Solomon shall succeed me as king, and he shall sit on my throne? Why then is Adonijah king?’

As can be seen in the biblical books of Kings, the transition of state power often involves unseemly ambition, scheming, and blood. Satirist Armando Iannucci can find the humor in such power struggles, though not in Bible times but in a more recent time in which a few of his viewers will remember the names and places—the leaders of the Soviet Union in 1953. It is the director’s good fortune that his film comes out at a time when remains of that empire, ruled by a man as ruthless as Joseph Stalin, is very much in the headlines. This must account for a film that normally would be confined to our art house theaters popping up in our major cineplexes as well. So much the better, as more people will get to see it.

The long-time paranoia of Joseph Stalin’s reign of terror hangs over a Moscow Radio studio one night where an audience is enjoying a concert of classical music. The producer is very ill at ease when he receives a phone call from Stalin himself requesting a recording of the event. He does not dare say that it was not recorded because this might land him on one of the lists that Stalin and NKVD Head Lavrentiy Beria issue each day, resulting in security police rounding up victims for imprisonment or execution. So, he dashes out of the control room demanding that both audience and musicians return to their seats for a repeat performance. Half the audience has gone, and the applause must sound like the dictator had heard during the broadcast, so people are pulled in from the street to fill the vacant seats. Most are dressed in peasant garb, the producers observing, “I don’t think any of these people ever heard of Mozart.” When the conductor is indisposed, the police are sent out to drag in a pajamas-clad substitute. The piano soloist Maria Veniaminovna Yudina (Olga Kurylenko) at  first refuses to cooperate because the dictator has killed several members of her family, but agrees when a large bribe is promised. She also writes a note and slips it into the sleeve of the record.

Stalin (Adrian McLoughlin) has been watching one of his beloved John Wayne Westerns with his cronies but is alone when a currier delivers the recording. The note falls out, unnoticed, to the floor. As he listens to the music, Stalin sees the folded note, bends down, and picks it up to read the following: “Josef Vissarionovich Stalin, you have betrayed our nation and destroyed its people. I pray for your end and ask the Lord to forgive you. Tyrant.” This so upsets the dictator that he has a stroke and falls to the floor. One of the guards outside hears a noise, but he dares not open the door. It is not until the next morning when a maid brings up a breakfast tray that the plight of the victim is discovered.

The sycophants who have surrounded Stalin are quick to arrive. Nikita Khrushchev (Steve Buscemi) and Georgy Malenkov (Jeffrey Tambor) are uncertain what to do, their leader still being alive, though lying in a pool of urine. As others arrive their names and position appear on screen: Vyacheslav Molotov (Michael Palin), Foreign Minister; Lavrentiy Beria (Simon Russell Beale), dreaded head of the security agency; Nicolai Bulganin (Paul Chahidi); Anastas Mikoyan (Paul Whitehouse); and others. They discuss sending for a doctor, but Beria has banished or killed the leading ones. “Any doctor still in Moscow is not a good doctor,” someone says. When they decide to pick up and move Stalin to his bedroom, they seem like Keystone Cops, each awkwardly positioning himself around the body, a couple complaining of a bad back. They attempt to place Stalin on his bed, two of them closest to the bed falling back onto it, penned down for a moment. This is a prelude of ludicrous things to come.

No one wants to mention the possibility of the dictator’s death for fear of being accused of wishing it. Stalin’s daughter Svetlana (Andrea Riseborough) is brought in, and much later her brother, Vasily (Rupert Friend) whose alcoholic-fueled antics cause all concerned much consternation. Doctors are rounded up, given white coats, and made to tend to the ailing dictator. He does rally for a moment, trying to point at something. All his toadies think he is trying to name his successor, but then they discern that he is pointing to a sentimental painting on the wall. A girl is feeding a bottle of milk to a little lamb. They immediately jump to symbolic political interpretations of the picture. Later, when the patient dies of a brain hemorrhage, the none of the doctors want to admit that he has passed away.

The aftermath of the death and the planning of the funeral are filled with comic details. The latter is darkened by numerous short sequences of people being rounded up, imprisoned, tortured, or shot, so we are never allowed to forget that the farcical characters, specially the loathsome Beria, are dangerous characters. During their meeting of the Central Committee a person may say one thing one moment, but then when it appears that the majority are moving in another direction, agree to just the opposite. Malenkov turns out to be more the inept buffoon, Khrushchev the reformer; and Berea the ruthless thug who often does his own torturing and execution of prisoners. As the characters scurry about, Lazar Kaganovich, who had helped Stalin murder millions of Ukrainians, asks Nikita Khrushchev, “How can you run and plot at the same time? “The great WW 2 hero Georgy Zhukov (Jason Isaacs) also shows up, thrusting forth his chest bedecked with medals to show off his glory. He turns out to be crucial in the final determination of who will rule—and who will die.

The funeral sequence involves impressive shots of the colorful buildings, inside and out, of Moscow and the thousands of people who paraded past his coffin, many of them having arrived in the capital by trains. The struggle for power continues, with the film now taking a grim and bloody turn.

Scottish director Armando Iannucci, whose TV series Veep I have yet to see, has adapted the film from French writers Fabien Nury and Thierry Robin’s graphic novel, in collaboration with co-screenwriters David Schneider and Ian Martin). They have a keen eye for the absurdities of bureaucracies, akin to that of the anonymous authors whose Soviet era jokes poked fun at their world and made their lives a little more bearable. An example: “This is Armenian Radio; our listeners asked us: ‘What will be the results of the next elections?’ We’re answering: ‘Nobody can tell.’   Somebody has stolen yesterday the exact results of the next elections from the office of the Central Committee of the USSR.” * The film has been banned in Russia, and I doubt that it will be screened in the White House, but you probably can, and should, see it at a theater nearby.

This review with a set of questions is in the April 2018 issue of Visual Parables.

The deadly folly of Soviet bureaucracy is central to this tale of events during & following the death of Stalin.
More Details