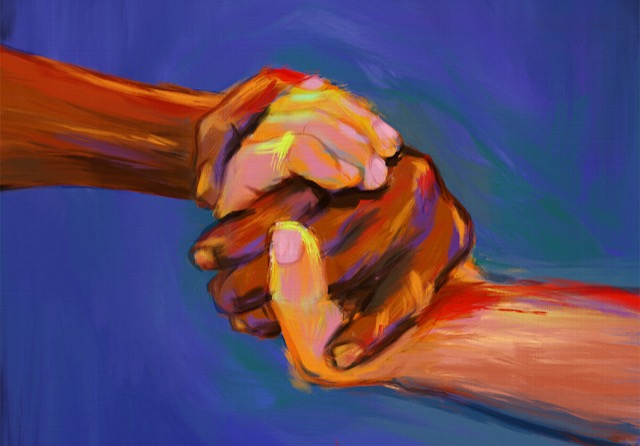 Blessed are those who have regard for the weak; the Lord delivers them in times of trouble.The Lord protects and preserves them—they are counted among the blessed in the land— he does not give them over to the desire of their foes.The Lord sustains them on their sickbed and restores them from their bed of illness.

This documentary, directed by documentarian Dan Krauss and the prolific writer Paul Haggis, is both a vivid history of a devastating disease and a cautionary story warning us not to repeat the sad mistakes of the past. It begins before the disease had a name (or what was its cause) and being a homosexual could land one in serious trouble—incarceration, loss of a job, or eviction from an apartment. Thus when men (largely) began showing up in 1983 at San Francisco General Hospital with a disease that led to the patient’s quick physical deterioration and death, many nurses at the facility gained permission to open Ward 5B, their compassion stronger than the prejudice and fear so prevalent among the public. Most people were so afraid that they would not touch an infected victim.

Through a combination of vintage photos and footage plus the testimony of staff, survivors, and a reporter who pioneered the coverage of gays, the at times inspiring story unfolds of how a few offered compassionate care when the majority would have rejected the victims. At first, as nurse Cliff Morrison knew no more than others about the nature of the disease, so the touching the patients was a sign of love to the patient but heavily criticized by others as reckless, a danger to the rest of the staff and the public at large. Even when it was proven that the newly named HIV/AIDs disease could be transmitted only through contact with bodily fluids of a victim, a prominent surgeon at the hospital refused to operate on patients unless they had been examined to see if they were HIV positive. This led to quite a controversy over patients’ rights and the danger of their condition being publicized, which, if word got out, could lead to their losing their jobs, apartment, or receiving death threats.

At first all that Morrison, David Denmark, and nurse manager Alison Moed can offer is compassionate comfort, the diagnosis of HIV positive and then then AIDs being a death sentence. In some stark sequences we see good looking young men turn lean and haggard looking before succumbing. The story of one son having been rejected by his father and then being reconciled, thanks to the urging of the nurse, at the last moment of his life is very moving.

One of the heroes of the film is not in medicine, but a frequent visitor to the ward–performer Rita Rockett who entertains ward members with her dancing and singing. For almost 20 years she hosts Sunday brunches for the patents, bringing a light touch, and after the development of a vaccine, a note of hope to the rejected. Another is nurse Mary Magee who accidentally contracted HIV from a needle-stick. Her name was kept secret for a long time, referred to as Jane Doe during the investigation. She is one of several survivors participating in the film.

TV reporter Hank Plante, an openly gay man, appears frequently, commenting on the staff and providing the larger picture of politicians spewing fear and prejudice. A California Congressman is shown spreading misinformation at a public hearing. He and others blame the gays for their fate, and outside a church where a memorial is being held, a gang of so-called Christians noisily demonstrate with signs declaring “God Hates Fags.” We see President Reagan mentioning AIDs for the first time in the late 80s, some six years after the plague had begun! During that time, when 20,000 patients died, the federal government did nothing! Only when HIV/AIDs moved on to infect the “straight” population did government officials and the general public attitude begin to change.

There is much more in this challenging film, including San Francisco General Hospital’s 5B becoming so well-known for its compassionate staff (though mention also should be made that elsewhere in the hospital were those opposed to the experimental project) that the British Minister of Health came to see himself how his country might deal better with the crisis. By the time Ward 5B closed in 2003 the attitude of the majority of society toward the LGBT community had changed so that a special ward was no longer needed. Also, thanks to the pioneering of Dr. Paul Volberding, from whom we hear in the film, being diagnosed as HIV positive was no longer a death sentence.

When Ward 5B’s nurse manager Alison Moed speaks of the importance of touching a patient, I was reminded of my personal connection to an HIV/AIDs infected man back in the mid-80s in up-state New York, and how pleased I was that some men of my church treated him so well during the few months he was with us. Because this would be a digression, I will report on this in my blog and provide a link to it, so check back later if you are interested.

Maybe the film will take you back also to that time, or, better, serve as a guide to how you might react in the future should an unknown ailment threaten the health of those regarded by society as expendable. The film certainly is a fine tribute to a group of medical people and others who would not lay aside their compassion to help “the least of these, my brothers and sisters.” I hope Netflix or other streaming service picks this up, so it becomes better known.

The story of how the staff of Ward 5B at S.F. General Hospital pioneered the compassionate treatment of AIDs victims despite criticism from the ignorant.
Editor Rating ★★★★★5 out of 5
More Details