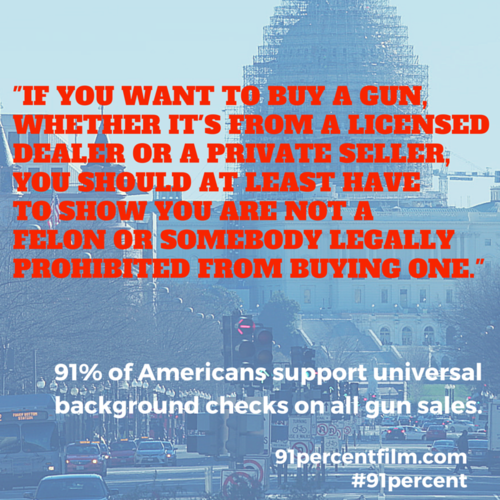 
Even when I cry out, ‘Violence!’ I am not answered; I call aloud, but there is no justice. 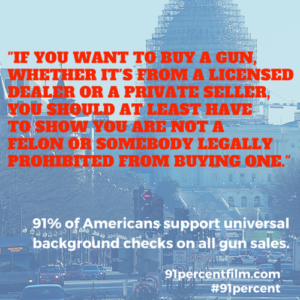 In his 2016 film director John Richie broadens his concern for the violence caused by guns from the narrower focus of his 2013 film Shell Shocked, which dealt with the violence within his beloved New Orleans. He relates how as he interviewed people who were pro and con in regards to gun control a poll indicated that 91% of all Americans believed that some measure of background checks were needed—and this included members of the organization that has continuously blocked all such measures, the NRA. This film is the result of his visits with the victims of gun violence beyond his home town.

The stories they tell tug at the heart. For instance, there is Carolyn Tuft, whose daughter was shot and killed in a mall in Salt Lake City. The two of them had gone to buy Valentine Day cards when a 17-year old youth started shooting, leaving the girl and five others dead. Across the country in Portland, Maine Judi Richardson’s 25-year-old daughter Darien was shot to death by masked intruders who burst into her bedroom while she slept. The same gun a month, according to , police, was used to murder a young man. In his own New Orleans, Richie interviews pleasure club president Ed Buckner and reporter Debra Cotton about the 2012 Mother’s Day shooting in New Orleans. 19 people were wounded in that shooting. Two young men had no record of felonies, so they were able to easily obtain guns.

The above are just a few of the dozens of people interviewed for the film, with Richie mixing interviews with experts and verité footage of them at National Rifle Association conventions, dealing with their lives impacted by the violence, and some becoming  activists in the District of Columbia and elsewhere.

There are, as usual, lots of statistics provided, but it is the individual stories of loss and heartache that you will remember. This is no visual diatribe against guns themselves, Richie being the owner of a shotgun that he uses for duck hunting. It is the loopholes in gun laws, at both the state and federal level, that the film argues must be fixed. It seems incredible that in the light of that number of Americans, who since the poll taken right after the Sandy Hook shooting revealed that 91% of us want to plug the gun law loopholes, that Congress and so many state legislatures still take no action, voting down bills calling for background checks instead. The huge money resources of the NRA seems to have more affect than public opinion. Our leaders could well be described by  the authors of Genesis and Job. That old anti-war song “Where Have All the Flowers Gone” is sadly still too true, with its accusing refrain, “When will they ever learn, when will they ever learn?” Maybe if enough of us see and heed such films as this, the lesson will be taken in.

For more information, including where to watch it, click Official Site.

The film interweaves stories of victims with statistics & news footage to show how 91% of the people wanting gun law loopholes closed are being thwarted,
Editor Rating ★★★★★4.5 out of 5
More Details