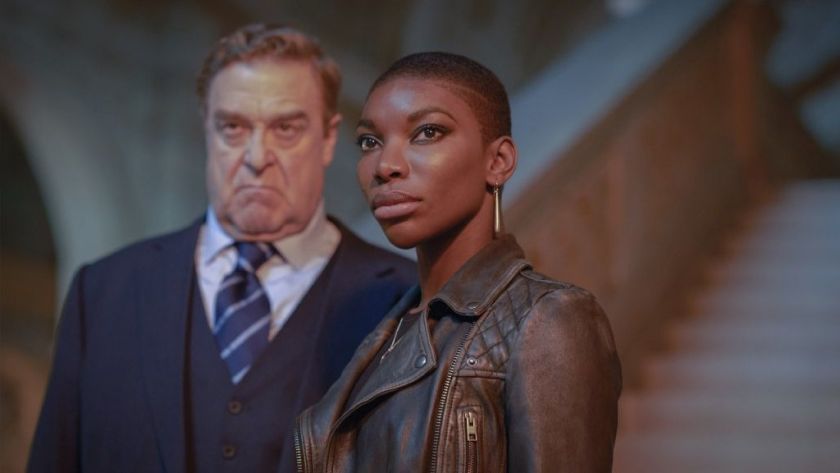 Samuel said to Saul, “The Lord sent me to anoint you king over his people Israel; now therefore listen to the words of the Lord. Thus says the Lord of hosts, ‘I will punish the Amalekites for what they did in opposing the Israelites when they came up out of Egypt. Now go and attack Amalek, and utterly destroy all that they have; do not spare them, but kill both man and woman, child and infant, ox and sheep, camel and donkey.’”


Why, O Lord, do you stand far off?
Why do you hide yourself in times of trouble?

O Lord, you will hear the desire of the meek;
you will strengthen their heart, you will incline your ear
to do justice for the orphan and the oppressed,
so that those from earth may strike terror no more.

NetflixWriter/director Hugo Blick’s suspenseful eight-part political thriller is set in the aftermath of the horrible Rwandan genocide of the 90s. Despite the “Lest we forget” mantra of society, genocides have continued in Asia and in Africa, and in Europe, in the Balkans. Blick’s story focuses upon Kate Ashby (Michaela Coel) whose Tutsi family was slaughtered over 30 years earlier. Rescued and raised in the UK by Eve Ashby (Harriet Walter), an international prosecutor for the International Court of Justice (ICJ), Kate herself has become an investigator for a divorced American working as a barrister in the UK, Michael Ennis (John Goodman).

Kate is upset when her mother agrees to prosecute for war crimes  Simon Nyamoya (Danny Sapani), a Rwandan general-turned-mercenary. The man is reputed to have saved many Tutsis by ending the genocide, so why is her adoptive mother agreeing to prosecute him as a war criminal? Kate angrily blurts out, ““He’s a Rwandan Tutsi who helped stop the genocide! … It’s like the Second World War is over, and we’re Jewish, and suddenly you’ve decided to prosecute Gen. Eisenhower because he tried to stop Hitler.”

The mother-daughter breach comes to an abrupt end when violence erupts during the trial and Kate becomes entwined with the events swirling around the assassination and events back in Rwanda. Kate works with Michael to research her mother’s unfinished case, both of them come under surveillance and attacks. Events jump from England to Europe to Africa, with enough intrigue and suspense to keep one hitting the “Next Episode” button despite the lateness of the hour.

The complicated plot depicts rebel campaigns in the Democratic Republic of Congo, conflict-free mineral rights and court tribunals at The Hague. Kate presents the African viewpoint when she complains, “It’s as if the Western world and Europe just assume that ‘down there, genocide, war crimes, that’s just what they do to each other.’”

Among the intriguing characters that turn up are:

-Rwandan general Alice Munezero (Noma Dumezweni), an old friend of Michael’s who, upon coming to France is arrested and accused of murdering a French priest in Africa during the genocide.

– Hugo Blake (Gaines Blick, also creator of this series), the  unscrupulous defense barrister and rival of Ennis who is hired to defend Patrice Ganimana.

Europeans and Americans, who largely ignored the 1994 genocide do not come off well. An estimated 800,000 people slaughtered during a 100-day, but because none of them were Americans or Europeans, little was done to stop the murders. And France especially comes under scrutiny and is even accused of covering up its involvement in the horrendous events. At times there was almost too much happening to too many characters for me to comprehend, but there was never a boring moment. For those who like their intrigue on an international stage this is a “must see” series that you will long remember. It is one more example of Netflix’s offering us film fare that ranges far beyond our shores.

A complex story of international dealings with Rwandan Genocide Kate, raised by a white woman in the UK seeks to bring to justice killers of her adoptive mother & fellow Tutsis.
Editor Rating ★★★★★4 out of 5
More Details