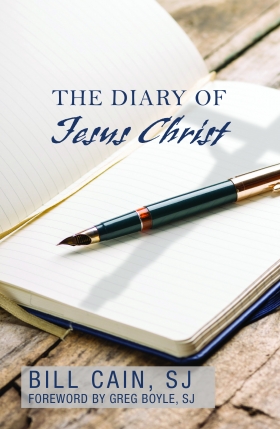 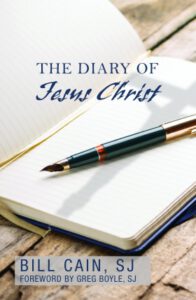 As soon as I learned that the author of this new book was the creator of my favorite TV series of the 90s, NOTHING SACRED, I became eager to read this book. Also, I had just learned that he was the writer of the film reviewed elsewhere in this issue, Nightjohn, and that I could interview him if I wanted. When the book arrived, I soon found that my hopes for it matching my expectations were realized. What follows is a shorter review than I might have written because in my interview just posted on YouTube many of the details of the book are covered.

You can watch that interview video below—at the close of this review.

The book began as a series of homilies that Bill—since our Zoom conversation I think of him as “Bill”—delivered in church services. He wanted to show the inner Christ and not just preach “about” him. From a large collection the author has brought together 40 short chapters that begin with Joshua (he uses the Jewish form throughout the book) as a child, wanting to be, not a rabbi, but a baker when he grew up, to the post Easter days, just as the four gospels do. The book’s 40 chapters begin with a gospel passage that inspired the homily.

Bill takes serious Luke 2:52—“And Jesus increased in wisdom and in years, and in divine and human favor.” The boy Jesus is guided by his Mother, learning from her example of never turning away a hungry stranger to care for the hungry. He sings in the marketplace the song she had sung to him so often, called “The Magnificat,” and incurs the wrath of a Roman soldier who overhears the verse that includes line “He has cast down the mighty from their thrones.”

The author accepts the tradition that Jesus spent three years with the Essenes, though giving no details of the period except for the parting of ways. Joshua left the community because he was forbidden to attend the funeral of  Helen, a Greek woman who had married his good friend Solomon. There is a host of such fictional people woven into the story, along with the familiar gospel characters–lepers, blind men, Simeon, Anna, Lazarus, and disciples such as Nathaniel, Judas, John, Thomas, and Peter. Surprisingly, Peter is not a major figure, but Mary Magdalene is. Portrayed as a friend, and not a lover as in SUPER STAR, it is to Mary that he turns for advice concerning the choice of the Twelve. Mary, being far wiser than any of the men, as well as a healer, confesses to him her feeling of being left out when she is NOT chosen.

The three temptations in the wilderness are alluded to, with Jesus depicted as learning on the job. With John as his role model, Joshua thought he would be a teacher rather than a healer. However, when a leper approached him and turned down the coin that Joshua tossed to him, asking instead to be healed, Jesus had no choice but to confront the situation. Afterward it is to Mary Magdalene that Joshua, feeling unclean now, turns for help.

Thus the Joshua in this book becomes the Christ in communion with other people. When he stands before the tomb of Lazarus, to his voice yelling “Come out” is added that of Mary and Martha, and Lazarus’ wife. The chapter ends with Jesus wondering who will call him out of his tomb. Not only can one not be a Christian alone, Joshua cannot be a Christ alone. This insistence on community is emphasized in the account of the Resurrection as well!

There is much more that could be written about this stimulating book. Some might question some things, such as Joshua saying he did not on the cross ask for God to forgive his tormentors, but most of the time you will find nourishment for your own imagination as well as your faith. To give you a taste of the book’s flavor, here is a conversation on pp. 135 and 136. After teaching that the Kingdom of God is like a wedding, Joshua is talking and drinking wine with a wealthy man whose name is not given, but whose identity you can guess. It is clear that by now Joshua knows the fate that awaits him soon: