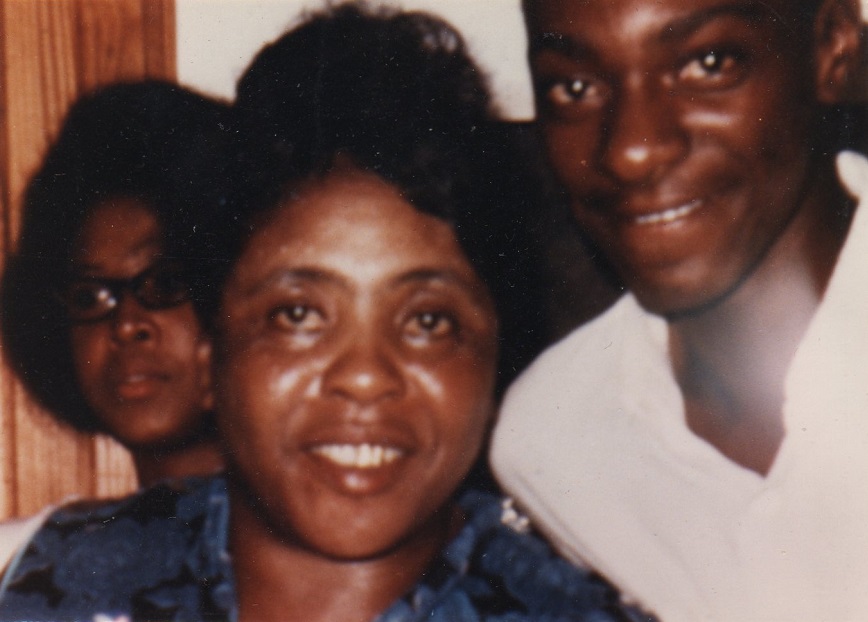 “The Spirit of the Lord is upon me,
because he has anointed me
to bring good news to the poor.


"If I hate you because you hate me, I'm no better than you are."

Having missed this film when it aired on PBS in February of this year, I was eager to watch it because of some brief personal encounters with its subject (more on that later). There are various ways to see this film, including streaming it on Amazon right now for a rental fee of $1.99.

There have been numerous films on Fannie Lou Hamer, but what makes director Joy Elaine Davenport’s film different is that a major part of it is the civil rights icon telling her own story. There are other voices we hear, including two segregationist politicians and interviews with associates, but the voice we hear most is Mrs. Hamer’s—and not just speaking, she sings also. Her narrative comes from an archival interview, often accompanied by photos and clips from her life and events unfolding in Mississippi and the South.

Director Davenport states her intention on the film’s website:

“I want this film to be a platform for her prophetic voice, for her words and her songs, because it is wrong that we do not remember her. It is wrong that her voice was silenced. As a filmmaker, as a white woman telling a Black woman’s history, I have no right to speak for Mrs. Hamer. She is the only one who can tell her story. Not an omniscient narrator, not a talking head expert, just Mrs. Fannie Lou Hamer from 626 East Lafayette Street, Ruleville, Mississippi. So this film was constructed using speeches, interviews, oral histories, television appearances, and performances that were recorded over the course of her life…”

Fanny Lou Hamer was born in 1917 of sharecropper parents, which meant they were still enslaved to a white man—only the label of their bondage had changed. She relates that when she was 6 the white plantation owner came up to her and spoke about her picking a certain amount of cotton. She did, and the next day she was required to pick more. She toiled in the fields through 1961, treated not much better than Blacks were in the days of slavery; an example of this treatment was what happened to her when she went to the hospital for miner surgery. When she woke up she found out that he had performed a hysterectomy on her. This was not unusual for Black women at that time in the South. Thus the four girls that she and her husband raised were step daughters. One of them, the only one still living, Jacqueline Hamer Flakes, is among those interviewed, speaking movingly of the poverty and pain the family endured.

Mrs. Hamer speaks fondly of a day at the end of August 1962 as the day when her life turned around. She attended a SNCC (Student Nonviolent Coordinating Committee) conference where James Forman, James Bevel and Bob Moses spoke, revealing to her that “Negroes” also had the right to vote. She had never thought of that, she says. When she registered at the courthouse, the plantation owner quickly showed up at her house to get her to unregister. She told him ““Mr. Marlowe, I didn’t go to register for you but for myself”—and was promptly fired and evicted from their home. Soon she was working for SNCC and keeping out of the way of those threatening her. Her telling of how she was arrested and beaten while returning from a voting rights event adds one more “could this happen in America?” tale of injustice. (When I heard this in person over 50 years ago I recall vividly the sarcastic contempt in her voice when she ended her account, almost spitting out the phrase “White Man’s justice!) For the rest of her life she walked with a limp and suffered severe back pains and other maladies.

Despite her physical ailments, Mrs. Hamer spoke around the state and helped organize the Mississippi Freedom Democratic Party (MFDP) to challenge the official segregationist Democratic Party. For the parallel campaign and vote in 1964 she ran on the MFDP ticket and was part of the delegation sent to Atlantic City to challenge the all white official delegation for the right to represent the state. Much of the story of the maneuvering and in-fighting is told, though some of President Johnson’s shameful acts are left out, probably because it would add too much to the screen time. (Those interested in the politics of the convention should read Kay Mills inspiring biography This Little Light of Mine: The Life of Fannie Lou Hamer.) It was her televised appearance before the convention’s Credentials Committee that made Mrs. Hamer famous, at least for a while, when she proclaimed, “If the Mississippi Freedom Democrat Party is not seated now, I question America. Is this America? The ‘land of the free and the home of the brave’? Where we have to sleep with our telephones off of the hook because our lives be threatened daily, because we want to live as decent human beings in America.”

This was a speech that put her in the class of Frederick Douglas, whose famous “July 4 Speech” to a New York state audience in 1852 questioned the integrity of America. She missed out on school, and so would be considered semi-illiterate, but she was gifted with the ability to put words together in a forceful, memorable way, such as the one above, and the protest I heard in Cleveland and Shaw, MS—“I’m sick and tired of being sick and tired.” She knew her Bible and was able to quote it eloquently, as we see when she uses Jesus’ words from Luke 4 to introduce her discussion of poverty, the effects of which which she knew all too well.

As we see in the film, Mrs. Hamer moved among the lowly and the high—she worked with Ella Baker, one of the founders of SNCC, and was befriended by Harry Belafonte, who paid for her trip to Africa. Gloria Steinem and other feminists knew and admired her. I met Mrs. Hamer three times when I was a minister volunteer in 1964’s Mississippi Freedom Summer at the Freedom Center in Shaw, and so heard her speak and sing in that clear voice of hers. Shaw was about a half-hour’s drive from Ruleville, so we gave her a ride home one night, and talked with her the next week in Ruleville when the sheriff served her court papers enjoining her from running for political office. As she showed me the papers, she said contemptuously, “Yes. It’s just a scrap of paper. It don’t mean anything. I’ll be in Atlantic City, even if I have to go by myself.”*

Ms. Davenport’s film provides a wonderful summary of the life of this amazing woman. Her legacy includes the 1965 Voting Rights Act in that her compelling testimony before numerous official committees and countless freedom rallies showed the horrific side of Jim Crow, a dark side that racists kept trying to gloss over—and still do. Her premature death on March 14, 1977, hastened by those beatings 14 years earlier, left a hole in the civil rights movement impossible to fill—she truly was “one of a kind.” I can still hear her voice filling a church as she sang her signature song “This Little Light of Mine”—and you will hear it in this film. She lived up to it, and her life still shines as a symbol of courage and devotion to justice.

The film is available for rent or purchase on Amazon Prime.

I can’t refrain from telling how surprised and delighted I was to see that one of the pictures of her in the film was one I had taken when she spoke to us in Shaw! I used it in two of my blogs, one linked above and another which was in one of the 16 parts of my Freedom Summer Journal that I posted about 8 years ago. Also, about 30 years ago I shared my journal and photos with a professor who was compiling records about the Miss. Freedom Summer Project, so the filmmakers must have taken it from one of the two—probably the latter.