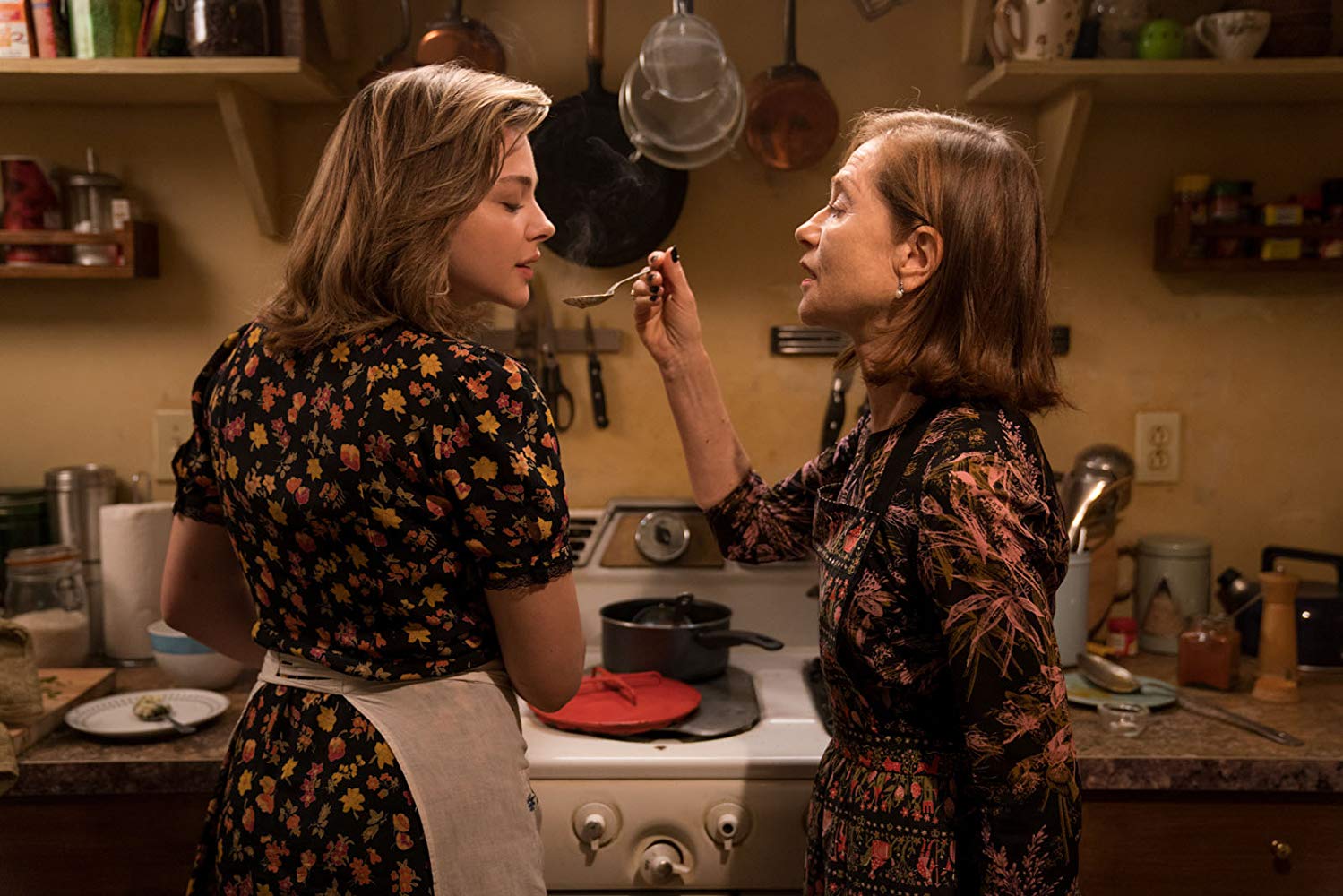 Irish writer-director Neil Jordan, most recently known for the cable TV series The Borgias, gives us a woman as devious as the Renaissance Lucretia Borgia in this modern tale about Greta Hideg (Isabelle Huppert). When waitress Frances McCullen (Chloë Grace Moretz) finds a designer label purse left in a subway car, she picks it up and takes it home. Her roommate wants her to keep the money they find along with the identifying information, but our sweet young heroine is too honest for this. She takes the purse and goes to the owner’s address.

There she is greeted by middle aged Greta, who invites her to share refreshments with her, Thus begins a series of teas in which Greta says her daughter is studying in Paris, and so feels alone. Frances is not in a relationship, and so is open to friendship. However, when she makes an alarming discovery about the purse, she abruptly leaves and refuses further invitations.

Greta, however, is not about to be put off, and like Glenn Close’s Alex Forrest in Fatal Attraction begins a stalking campaign that might end as disastrously as that 1987 thriller. Mr. Jordan enters into B-movie territory in this be careful whom you befriend flick. He and Ms. Huppert, the latter as glamorous as ever, must have had a good time in what could be considered a send-up of the horror/slasher genre. The audience did during the scene when Greta has Frances bound and gagged in a hidden room and does a little dance of triumph in her living room—they burst out in laughter despite the dire circumstances of the heroine, as they were intended to do.

By no means on the same level as Jordan’s The Crying Game or The End of the Affair, the film provides a short escape from the cares of the world—as one critic puts it, “it’s messy, bloody fun.” It was surely such people as Greta who evoked the prophet Jeremiah’s above warning.

When Frances finds a purse left on the subway & returns it to Greta, the older woman starts stalking her.
Editor Rating ★★★★★4 out of 5
More Details