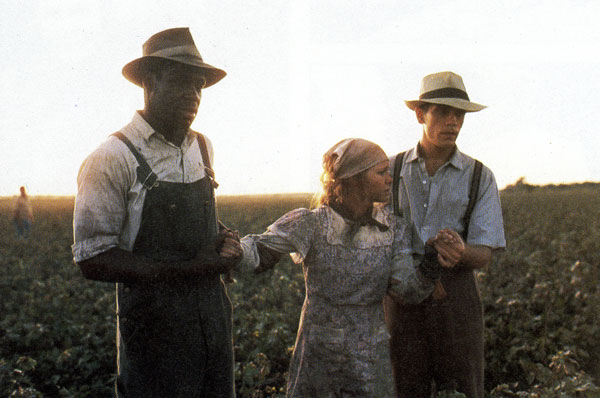 We go back again into our archives for this review of a classic film of the 80s, the reason being that the film is a part of my Lenten Reflections for Film Lovers, which you can read in the Blog section of this site.

the leopard shall lie down with the kid,
the calf and the lion and the fatling together,
and a little child shall lead them.
The cow and the bear shall graze,
their young shall lie down together;
and the lion shall eat straw like the ox.
The nursing child shall play over the hole of the asp,
and the weaned child shall put its hand on the adder’s den.
They will not hurt or destroy
on all my holy mountain;
for the earth will be full of the knowledge of the Lord
as the waters cover the sea.


"If I speak in the tongues of men and of angels, but have not love..."

I believe in the Holy Ghost; the holy Catholic Church, the communion of saints, the forgiveness of sins..." 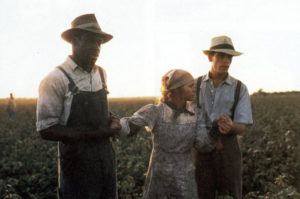 Director Robert Benton, five years after winning an Academy Award for writing and directing Kramer Vs. Kramer, returned to his roots in Places in the Heart. Four generations of Bentons had lived in Waxahachie, Texas, the setting for the film. So, after returning for a visit to show his wife and young son his ancestral background, Mr. Benton decided to make a film there. His great-grandfather had been the town sheriff and had been gunned down in similar fashion as the father in the film. One of his great-uncles had been a blind caner of chairs, like Mr. Will. And his widowed great-grandmother, like the film’s Edna, had raised cotton, aided by a black man who lived in a shack on the property. The man had also helped look after her children. This trip also re-acquainted Mr. Benton with the rugged beauty of the land, beauty which he had not seen when he was a young man eager to leave its confinements. Thus, he has said, this film became a loving tribute to both the people and the land that had shaped him.

The film is also a tribute to the faith and courage so necessary for human connection, no matter where we might live. The film shows a group of isolated, lonely individuals becoming a united family in their struggle against tremendous adversity. Their discovery of a love that transcends race, age, and human hurts is wonderfully summed up in the surrealistic Communion scene that climaxes the film. Few directors would have had the courage to end a film with a scene that puzzled so many people, especially as it was set in a church and that faded to black to the accompaniment of a hymn! (Clearly, this was one film that was never tested with a preview audience to see whether the ending needed to be changed or not.)

Places in the Heart also is a good film for those north of the Mason-Dixon Line who mistakenly think that all Southern whites during the Jim Crow era were rigid racists unable to give up their prejudice. The black farmhand Moze gets off on the wrong foot with Edna when they first meet, but she shows that she can overcome her hostility when he proves his worth in helping her plant, harvest, and get a fair price for her cotton crop., Her words of praise and affirmation to him following his beating by the KKK cannot heal his physical wounds, but they must have been a balm to his wounded psyche. Edna could not change her culture, but she could change her heart.

This film is such an important part of our film heritage that you must see it if somehow you have missed it.

This review with a set of 17 discussion questions will be in the April issue of Visual Parables. If you have enjoyed the reviews on this site, please help us out by subscribing or going to the store to purchase a single issue.

Places in the Heart, set in 1930s Texas, is the story of a black fieldhand helping a widowed white produce a successful cotton harvest, ending with an unusual Communion service.
Editor Rating ★★★★★5 out of 5
More Details