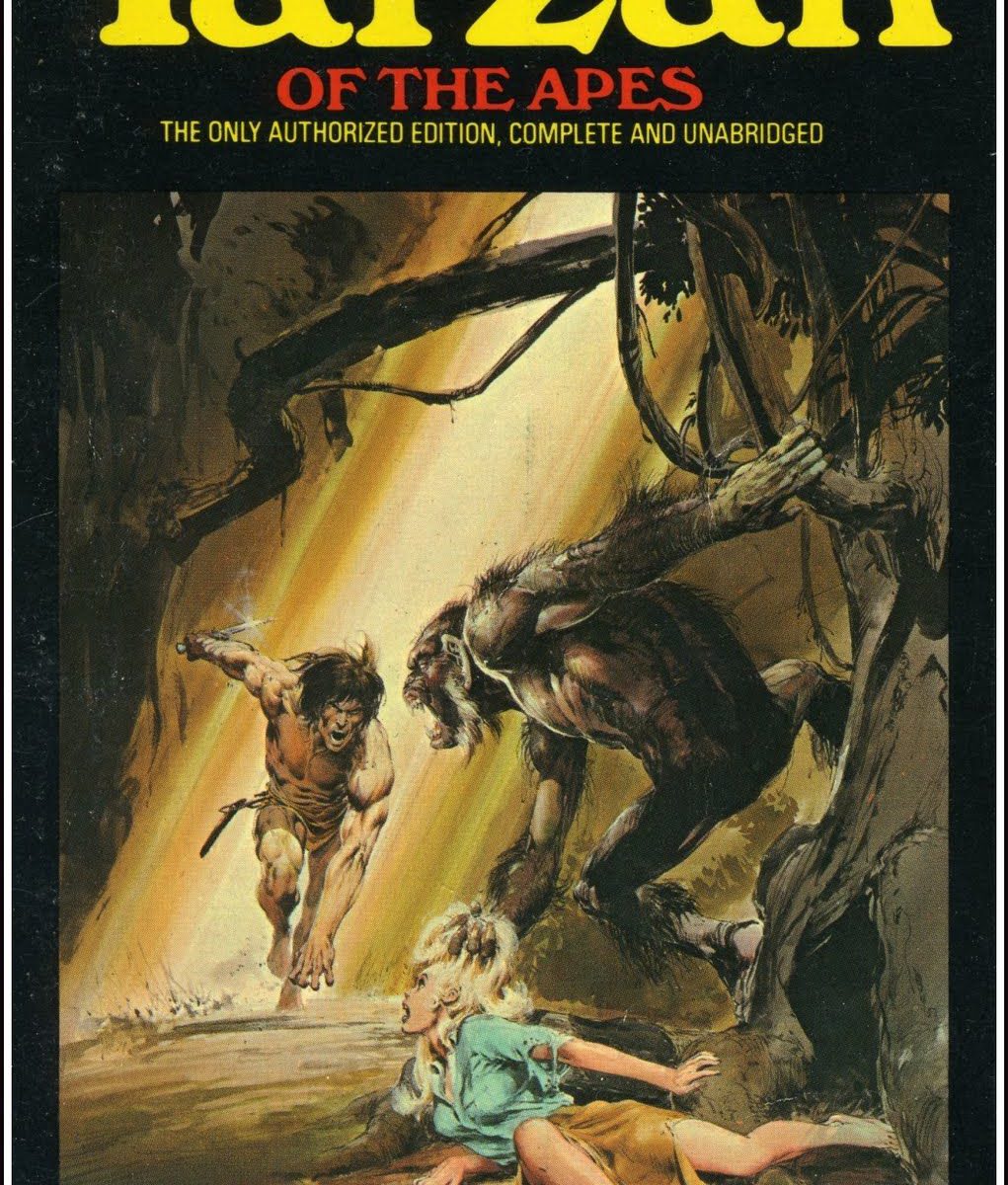 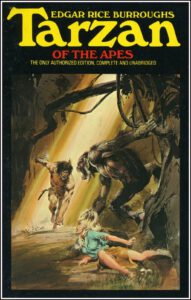 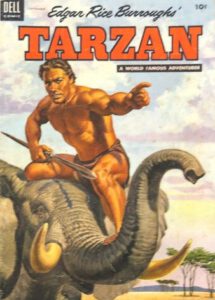 Sunday (Sept. 18) was the beginning of National Book Banning Week, so this is the first of a series of reminiscences about the influence of books in my life, something I have been thinking about for a long time. I don’t know if any of them have been banned, but each has been important in the development of my love of books and of how they nurtured a love of learning that can never stop with formal education but which will continue until only death or feeble mindedness snuffs it out. Maybe not even then, for my idea of Heaven is that of a vast library with no over due fines and the somber silence of Earth-bound libraries replaced by music attuned to the current book holding my attention.

The very first novel I read was far from great literature, but it totally transported me to an exotic place filled with high adventure, Edgar Rice Burroughs’s Tarzan of the Apes. I believe I was 8 years-old and already a  longtime fan of the Ape Man, thanks to the movies and the comic book versions of his stories. My friends and I learned the Ape Language that was explained at the back of the comics–anyone remember Kreegah and Vando unk? (Not sure of their spelling.) It was fun uttering Ape Language phrases as we played Tarzan.

The father of my best friend from across the street owned all of the Tarzan novels–24–and generously allowed me to borrow one at a time. I treasured those moments, in my imagination swinging through the trees with Tarzan, thrilling to how he learned English and turned out to be a British heir with the title of Lord Greystroke, though as a boy,  yet to discover girls, I was not as interested in his romance with Jane Porter.  For my friends and I she was just an object to be rescued countless times by her loin clothed savior.

We were unconscious of the racist viewpoint because we were raised to accept its values–our parents regularly used the “N word.”  And we saw no contradiction in the books’ racism and their preference of a return to Nature over the hypocrisy of civilization. Tarzan taught us to take the side of the weak or oppressed and never to give up a quest. He replaced my earlier heroes, Gene Autry and Roy Rogers, whose adventures on the plains of America paled beside those unfolding in the jungles of Africa.

We were blessed by several wooded groves close to our suburban duplexes, and so we loved playing Tarzan, our swim suits substituting for loincloths and straight sticks becoming spears. Any vine that we saw, thicker than our thumbs, we would test to make sure it would bear our weight, and then cut it at its base so we could swing on it. We became excellent tree climbers, scrambling as high up as the limbs would hold us without breaking–though none of us developed the nerve or strength to leap from tree to tree as our hero did.

Two or three years after having read the series I was making my first attempt at writing, laboriously typing on my old typewriter a knock-off novel Mangi, King of the Jungle. I even created a couple of Mangi comic books, complete with a pet/friend Tralah, a chimpanzee copied from Tarzan’s Cheetah.

Thus Tarzan became the gateway for my discovering a wide variety of books designed for young boys. These became important during some painful years following my parents’ divorce when I  was entering the 6th grade. I often was alone–and as an only child lonely– after school because my mother had to work. We were living with my grandmother in a downtown apartment close to the Indianapolis Public Library and a row of secondhand bookstores. I spent hours in both, discovering such treasures as the series of “He Went With” books that deepened my love of history–He Went With Columbus, He Went With Vasco da Gama, etc. 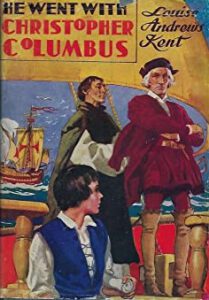 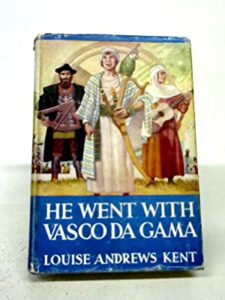 Having gone to work in the summer at the age of 12, I had money to buy inexpensive books and soon reveled in the lavish pages of Ridpath’s History of the World, and I even was able to afford the legendary 11th Edition of the Encyclopedia Britannica. (For years I had loved reading at school The World Book and had longed to own my own set of such books. They were far too expensive, so I had to settle for a cheap set of encyclopedias printed on pulp paper, until at last I came across an affordable copy of the 11th Edition, claimed by the owner of my favorite bookstore as the best ever published.)

Many decades after first reading Tarzan I decided to revisit the book to see if it still evoked the magical thrill of my first encounter. Of course, it did not. I had emerged from my family’s racism, and also had read much by more skilled writers. Burroughs first introduced me to the word “stygian,” but did he have to use it again and again and again? Most of his characters were obviously two-dimensional; he resorted to coincidences beyond what was believable; and his hero’s condescending attitude toward “natives” was off-putting. I gave up after a few chapters. But I never have regretted having read the book. It nurtured my boyish imagination, turning our ventures into a woods into  wonderful adventures,  and inspiring me to try my own hand at writing. I will always be grateful for this.

The above shows what even a mediocre book can do for the reader. In the next few weeks I intend to share the influence of some better books–Cry the Beloved Country; The Power of Nonviolence; Stride Toward Freedom; Sunday Night at the Movies, and more. I invite you to respond with books that you found meaningful, whether or not some killjoy has called for its banning.