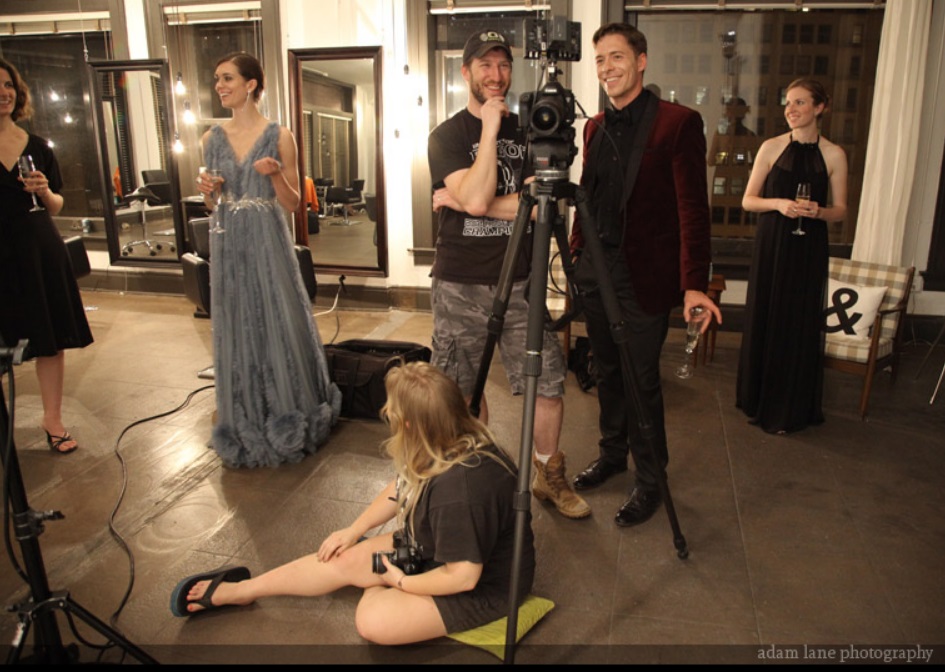 After exchanging greetings, I began our conversation by my giving a background on Visual Parables and explaining my approach to film and VP’s interfaith readership. As with my other transcriptions, there are short gaps, marked by a series of periods, where my poor hearing prevented me from understanding a word, a phrase, or even a sentence—even after backing up and listening to it over and over for up to 7 or 8 times. Despite this, I believe you will find this is one of my most interesting conversations with a talented filmmaker because Mr. Dobson gets into some of the details of filmmaking, as well as discussing the so-called “Christian film.” He obviously was not just interested in promoting his film, but was game for a serious discussion about his craft and art. His film Hosea, was awarded at the 2019 Napa Film Festival “The Best Verge Performance.”

McN: I see by your bio that you were born in Colorado and went to a Christian college? Right?

Ryan: Yeah, I grew up in southern Colorado, in a little one-horse town there and attended a Nazarene university—are you familiar with the Nazarene denomination at all?

McN: Yes, somewhat. It’s one of the more conservative churches, though not as Fundamentalist as some.

Ryan: It’s an interesting denomination in that its…to a rural church, you’d think it’s a Baptist church, but really the denomination has less…roots, so if you go to one of its universities you would find more progressive and liberal thought than in local churches.

McN: Did you have an interest in film as a boy?

Ryan: Well, I wanted to be a full-time minister, and I pursued that. I went to an evangelical college to study to be a pastor, and then after college, I spent a couple of years as the chaplain at an Episcopal school.

McN: That was Casady School—in Oklahoma City, which is where your film is set? 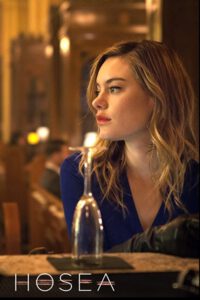 Ryan: That’s correct. I guess you write what you know.

McN: So, you were well along in becoming a minister. What led you to try film—because I see you also did some acting, and even producing.

Ryan: I did. I studied, well my first acting was my experience in the university I went to. I finished college and tried to figure out what additional acting I could do where I was– a chaplain in Oklahoma City. I just fell head over heals for stage work. And while I was in the middle of struggling whether or not ministry was really what I wanted—not that I was having a faith crisis, but because I thought that I wasn’t sure I wanted actually to be employed by the church. So, after a few years of acting in Oklahoma, which is a place impossible for making a career of entertainment, my wife and I decided to move to Los Angeles. I pursued acting here for a while, I decided I was getting more traction by working my own projects and waiting around for someone to cast me. So, I started making a series of some short films, and found it very liberating and fulfilling, but this also is not a good way to make a living.

McN: Yes, not too many theaters show short films anymore.

Ryan: No…so the idea was to spend the next year to bite the bullet and try to raise the money and go out and make a feature film. Come to find out that feature films also are not a great way to make money, either

Ryan: I’m going to keep trying how to make a career out of this.

We spoke briefly whether he knew another director who had studied religion, Michael Ray Rhodes and then went into filmmaking with Paulist Productions, but replied they had not met.

McN: Well, obviously as a Christian, you are not following the usual path of Christian film makers. You really are independent, from what I can see from Hosea. This is not what I would call a typical Christian film. It is simply  good film that is inspired by the Bible, as I see it.

Ryan: I’ll take that as a compliment. Thank you.

McN: It’s meant to because my opinion of most Christian films is not very high.

Ryan: Well, as a matter of language, I find myself wanting to push back against the idea of “Christian film.”  Alissa Wilkinson, she writes for the Atlantic and was a film critic at Christianity Today for a while… she does some writing on what I would call cheesy films, writing on the fact that a film can neither take the Eucharist nor be baptized, so it is not possible for a film to be Christian. The point she is making is that labeling is problematic because it implies that a story can believe in……and believe in Jesus……I’m drawn to that way of thinking, but I’m also drawn to a lot of the writing that someone like Flannery O’Connor did, thinking about fiction writing and how, if the goal of the story is to convince someone of a world view or a faith perspective, or just a moderate end of that writing, the story is not going to be a very good one. And so, from an early stage of writing the script I was very, probably like you, having been exposed to what people call “Christian film”—I’m putting it in air quotes, which you can’t see—having been exposed to what people call “Christian film,” I would call them bad…I wanted to approach this purely from the standpoint of what would it be like to imagine this  character’s experience, rather than having an agenda behind it. But then the character is just executing actions with a tie-in that as writer I can get to my agenda.

McN: Good. I regard most  Christian films—they might be good sermons aimed at the choir—but they are bad art because they re not open-ended. You know where they are going. To me a good film, if it is art, it will be open-ended somewhat. You are not sure where it is going. I suspect originally the author doesn’t know where it is going—I’ve read about so many authors saying the story guided them, took them over, rather than they guiding the story.

Ryan: Well, I would say that is one of the perplexities of this particular story. That is the way I prefer to write. There are some parameters that were set on this film by virtue of the fact that I was trying to follow the Biblical narrative, though it’s a pretty skeleton narrative, with not very main details. It’s difficult to compose a three-act, even story structure, that has a satisfying modern story-telling appetite, with the base of the story being written thousands of years ago for an audience…..It wasn’t as simple as just finding a story where there was a definite framework within which I had to operate.

I shared my problem of hearing the film’s dialogue with a hearing aid, and Ryan filled me in on several details I missed. He also mentioned that he had wanted to film more of Henry’s return, but the small Indy  budget meant they had to cut out several pages of the script.

Ryan: We are in a strange time, but also a time where people are home, with different stuff to watch, and our film really benefits from people having conversations about it. I don’t want this to be a film that people watch and go on with their daily tasks. I hope that it kind of expands their minds and they want to chat with other folks about it, and so we’ve tried to provide materials to have a really great discussion guide, hopefully to enable  people to have Zoom calls together, or small groups so they can discuss it. Some of that might actually be for this time when they might be a little more conducive for some of that, than when people are busier with everyday life.

McN: A major portion of my film ministry has been to get people to react, and thus to use the film, to discuss it. For most of my film reviews I too provide a set of discussion questions that I make available in the journal itself—the review part is available free online. (I’m leaving out what I’m afraid might seemed to Ryan like a shameless VP commercial) I feel that viewing the film is just half the film experience. Processing it is the other half. You’re  the artist have started the dialogue, and now it’s up to the viewer to continue that dialogue. And so I’ll be coming up with a set of questions, and I think that for about every one of my 2200 film reviews I’ve included one to three Scripture passages that might be related to the theme or something within the film—and so I really want people to think about the film and their faith, and the Scriptures.

Ryan: I like that idea you were talking about, of watching a film being but half the experience, I love that.  And very true today, it’s thrilling and a little terrifying now, this moment in which we release the film, and kind of lose control of it.

McN: Yes, once the artist makes it public, it’s up to the public to carry it from there (if there is to be a dialogue). You start the dialogue, but you don’t finish it.

Ryan: Right, and to participate in the way you are talking about…and I know we made the kind of film that some people might not like. That’s been clear from the word Go, but I think that even I could accept that. It just meant that they were thoughtful about the film, rather than just taking it as another movie, a piece of entertainment, you know, to burn another hour and a half.

This is but half of the interview. Ryan offers many more observations about filmmaking and what he sees is his goal as a filmmaker. You will find this in the October issue of Visual Parables.

By all means check out Mr. Dobson’s award-winning film Hosea on streaming video. For more on this click here for the official website for the film. Please do support the first film of what I hope will be a series of good films by this talented filmmaker. (In case you read this a in print-out version, https://www.hoseafilm.com/)