Lectionary Links once was probably the most popular feature in Visual Parables. Or at least, it was for those who prepared a sermon for every Sunday. Several told me so in letters or phone conversations. But I think this has changed, with today’s readership being different from what it was a few years ago. I have not received a comment about this column for over ten years.

Lectionary Links usually takes considerable time culling through various film lists to come up with a different film from what was used the last time the Scripture Lesson was assigned. This is especially the case with the current Sunday of Easter passages from the Gospel of John. Therefore, with time being short for finishing this issue before leaving for a vacation in Hawaii, I am  going to drop the column for this issue. Unless a number of you inform me that you do use it and want to continue to do so, it won’t return. (For this month I suggest you go back three years and use what was suggested then.)

I often enjoyed the search for a suitable film, as well as hearing from a preacher who was grateful for the suggestions. So, it is with a certain amount of reluctance that I make this announcement.  Despite this loss, I think you subscribers will enjoy the April issue. Among the terrific films for which I’ve provided a set of discussion questions are Bombardment; Winter on Fire; Carrie’s World; Frederick Douglas and more. I’ll even get on with the writing up of a film I saw 3 weeks ago, the delay being because of a lack of enthusiasm, The Batman. And I am looking forward to comparing the 3 DVD versions of  Jesus Christ: SUPERSTAR now available. The April issue should be up on the site by the middle of next week. Oh yes, I almost forgot. there will be a review of the fine limited series starring Samuel Jackson, The Last Days of Ptolemy Grey. 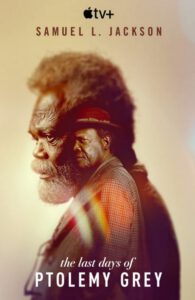