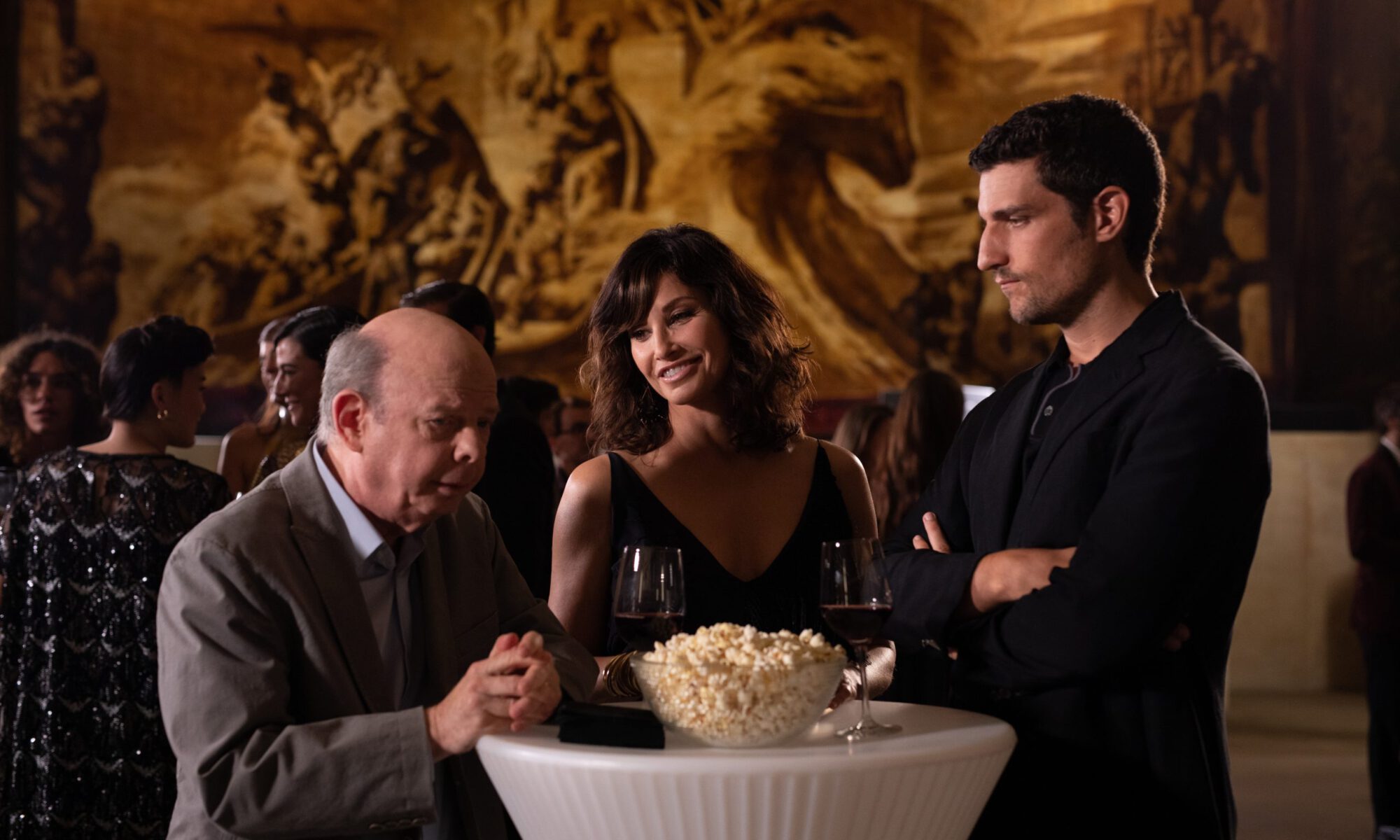 But look! A king will rule in the right way,
and his leaders will carry out justice.
Each one will stand as a shelter from high winds,
provide safe cover in stormy weather.
Each will be cool running water in parched land,
a huge granite outcrop giving shade in the desert.
Anyone who looks will see,
anyone who listens will hear.
The impulsive will make sound decisions,
the tongue-tied will speak with eloquence.
No more will fools become celebrities,
nor crooks be rewarded with fame.
For fools are fools and that’s that,
thinking up new ways to do mischief.

Woody Allen returns to some of his old themes in this romantic comedy set at the scenic San Sebastian Film Festival which is located in the Basque country of northern Spain in the city of the same name. As always, the film’s main character is angst ridden, asking such questions as, “Why are we here?” and, ” Is this everything that there is or is there more?”  If you are one of those who can separate an artist’s personal life from his works, this film will provide considerable amusement. It is far better than the condescending reviews that I have seen, though they are right when they say he breaks no new ground in the film.

Veteran Allen actor Wallace Shawn is the director’s stand-in as Mort Rifkin, a retired film professor trying to write a novel that probably will never be completed. His dead-end marriage to the younger Sue (Gina Gershon) is about to crash amidst the mild domestic storm that her flirtation with the more handsome French director Philippe (Louis Garrel).  This is the director who is currently the rage of the intelligentsia. Sue is his press agent squiring the filmmaker around from press conferences and red carpet events to screenings to cocktail parties. Mort is like the old piece of luggage that one takes along out of habit, but is stashed deep within the closet in order to hide its scruffiness.

A chronic hypochondriac, Mort acquires a cardiac doctor’s number and, discovering that said doc is a she, Jo (Elena Anaya), he immediately falls for her. Conveniently becoming “ill” again and again, he sees her several times. Learning that she too feels alone and unhappy because her second husband, a Spanish painter, is cheating on her, he even manages to arrange for her to show him the sights of the area.

Throughout the film Mort has night and day dreams in which he is in a scene from a film of one of his pantheon of film idols—Bergman, Buñuel, Fellini, Godard, and Welles. These are shot in black and white, standing in contrast to the sunny color of the San Sebastian scenes. My favorite is his homage to Bergman. Mort is walking on the beach, and Death appears:

Mort Rifkin: Why are you here?

Death: To have our final chess game.

Mort Rifkin: I don’t have a chess set.

Death: [approaching Mort] I never leave home without mine. 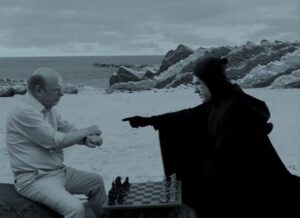 I also laughed at his Jewish version of Citizen Kane­ that involve his parents talking, while outside you see the boy playing with his sled in the snow. In this version the sled’s name is Rose Budnick. More than once this film crops up in poor Mort’s anxiety-filled mind.

This is, I believe, Allen’s 49th film, certainly a remarkable record for any filmmaker. Although he has been justifiably condemned for his bad decisions when married to Mia Farrow, and also though his masterpieces are far behind him, he still deserves more credit that is given him for his recent films, especially this one. If you love European films, you should have fun with Mort’s many dream sequences.

The plot itself tends to be ridiculous in places. The idea that a beautiful young doctor like Jo would be attracted to someone like Shawn’s Mort does make it hard to go with the plot, and to the director/writer’s credit, the two lonely souls do not walk hand and hand into the sunset. And come to think of it, this doctor is a cardiologist, which means more than the usual years required for an M.D.—gorgeous Elena Anaya looks barely old enough to be applying for med school, let alone, to be a graduated specialist with several years of practice.

Some of the dialogue is witty, and those Christians who possess a sense of humor might especially enjoy his observation that Jesus’ resurrection took place on a Sunday, the wrong day. He was a professional carpenter, so it should have been on Labor Day.

Mort is so soured on the world, filled with its snobs and pretenders, that it is a pity he cannot find solace in his own faith. Isaiah wrote the passage quoted above in a world equally as bad as our own, but he looked forward to a more just time when “No more will fools become celebrities,/nor crooks be rewarded with fame.” Unfortunately, his (and Allen’s) atheism prevents him accepting this more positive view of the world and its future. Poor Mort is doomed to live and die in a bleak world, victimized by his neuroses and foibles. Like a number of filmmakers, Woody Allen is very good at providing us with the means of discerning the absurdity of much that society values and worships, but he has nothing in the way of an alternative. In his newest work the very film festival in which his film had its world premier is depicted as a lifting up and worshiping the shallow and the false. I wonder how many of those at the premier caught this, and if they did, what they thought about it? Whatever, I am glad I caught this little film, with its lack of promotion.

A whiny hypochondriac obsessed with the Big Questions of Life breaks up with his cheating wife at the San Sebastian Film Festival & seeks solace in a young female doctor.
Editor Rating ★★★★★4 out of 5
More Details