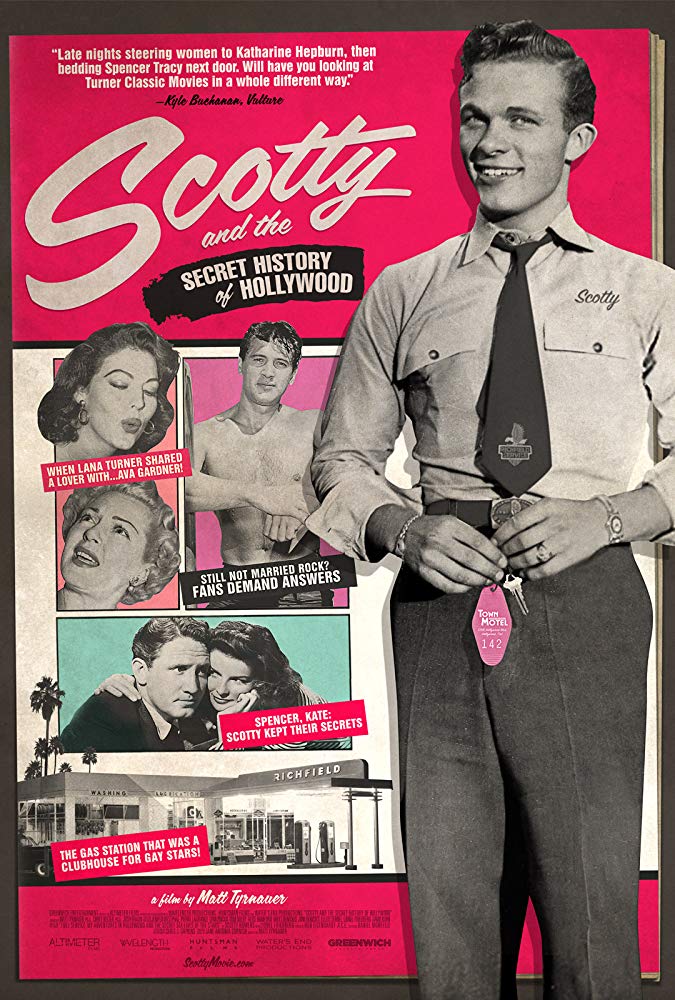 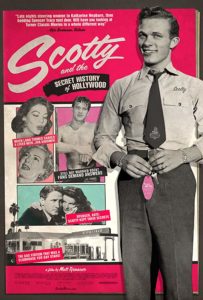 I have ambivalent feelings about Matt Tymauer’s documentary film, based on Scotty Bower’s tell-all book Full Service: My Adventures in Hollywood and the Secret Sex Lives of the Stars. This is certainly different from his previous film about the Manhattan urban activist Jane Jacobs, Citizen Jane: Battle for the City. Few would dispute that Jane Jacobs, who saved large swaths of Manhattan from being destroyed by urban planners, was a righteous role model, but some might well argue that ex-Marine Scotty Bowers, gas pumper turned sex procurer for a galaxy of Hollywood stars, was not the hero depicted by Mr. Tymauer, but simply Hollywood’s most successful pimp who prospered mightily from his rich clientele.

However, no one will argue, that the film about him is ever less than interesting, perhaps telling us more than we want to know about famous stars once looked up to by the public. At its best, the film does a good service in revealing how beleaguered homosexuals were during the 40s and 50s. Thus, the most worthy part of the film might be past the midway mark, after we have learned how Scotty, a Marine who fought in two WW 2 battles in the Pacific and then pumped gas at the station where he connected with the stars and the gaggle of good-looking young men and women willing to sell their services. Vilified by the forces of morality, homosexual men were often subject to arrest by “vice squads” and beaten by police and goons. His stories of famous people drawn to their own sex is jaw-dropping, ranging from the already known Rock Hudson, who felt forced to marry his secretary as a cover, to Cary Grant and Randolph Scott, who, labeled as “bachelors,” for a time roomed together. Other prominent figures include Charles Laughton, Tyrone Power, Cole Porter, and even the Duke and Duchess of Windsor. Perhaps the most startling is what he tells us was the truth behind what he calls the “myth” of the romance between the married Spencer Tracey and the single Katharine Hepburn. In regard to the latter, the public apparently preferred adultery to the truth of their homosexuality. Quite a claim!

Of less interest, although necessary for the full story are the many scenes in his houses and storage bin showing that the 90+ man is a hoarder, the desk, furniture, and aisles overflowing with debris, letters and items gathered throughout his long lifetime that he cannot let go. His second wife complains but is powerless to get him to sort through it. He claims to be able to find what he wants and is able to find albums and envelopes to show the documentarian various photos of himself and the stars.

Many of the photos are nude ones of his wife and other women, so this documentary would receive a soft R or a PG-13 were it rated. Even after going through the film again in my mind I still have mixed feelings about Scotty: hero or depraved self-promoter? One of the episodes for me consists of his revelation that he was abused by his father and by priests as a boy but claims that it did no harm to him. His refusal to condemn pedophilia is perhaps the most disturbing part of the film. And yet as a 94-year-old man he seems to be enjoying his second stage of fame. A person of faith might wonder if Scotty is the kind of person referred to in Psalms 37 and 73. Or should we accept the positive picture of him presented in this film? Whatever the case, those interested in the history of Hollywood and its famous denizens will find this film fascinating.

The doc. tells the lurid story of gas station attendant Scotty Bower who became intimate with Hollywood stars of the 40s & 50s by procuring them sexual partners, many of whom were gay.
Editor Rating ★★★★★4 out of 5
More Details