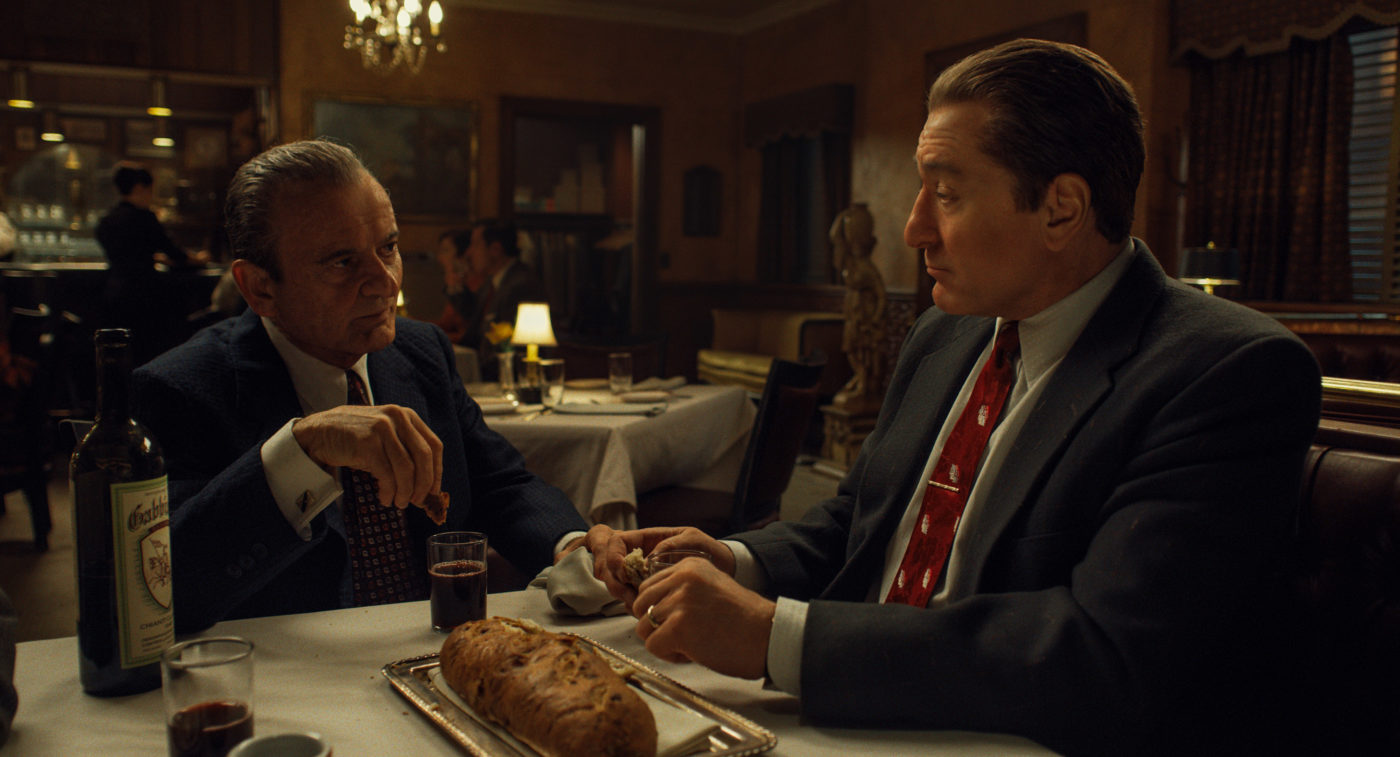 Help, O Lord, for there is no longer anyone who is godly;
the faithful have disappeared from humankind.
They utter lies to each other;
with flattering lips and a double heart they speak…
…        …        …
On every side the wicked prowl,
as vileness is exalted among humankind.


Again I saw all the oppressions that are practiced under the sun. Look, the tears of the oppressed—with no one to comfort them! On the side of their oppressors there was power—with no one to comfort them. And I thought the dead, who have already died, more fortunate than the living, who are still alive; but better than both is the one who has not yet been, and has not seen the evil deeds that are done under the sun.

Give a talented filmmaker such as Martin Scorcese almost unlimited funds (reportedly $160 million!) so he can use expensive technology to transform the faces of his veteran actors into those of younger men, as well as recreating the detailed setting of a bygone era, and you have the makings of a brilliant film belonging to the genre that the director knows best, the crime story. Center the plot on the mysterious disappearance of labor boss Jimmy Hoffa, as Steven Zaillian does in his adaptation of mobster Frank Sheeran’s 2004 memoir I Heard You Paint Houses: Frank ‘The Irishman’ Sheeran and Closing the Case on Jimmy Hoffa, and you have a fascinating tale shedding life on the dark side of the labor movement and organized crime and politics, and even the failed invasion of Cuba and the assassination of President Kennedy. That’s a tall order for any film, but at almost three and a half hours, this is no ordinary film. In addition, for people of faith, The Irishman is the story of the corruption and loss of a man’s soul and its consequence.

Frank Sheeran’s memoir amounted to a deathbed confession, as he died shortly after the book’s publication. Thus, the film begins with the elderly Sheeran (Robert De Niro) in a retirement home. In a flashback to World War 2 when he became a highly decorated combat soldier in Sicily and Italy, we see the brutalization of his soul in the scene in which as German soldiers finish digging their graves he shoots them without any visible feeling. Later he compares this to his mobster killings, “It was just like when an officer would tell you to take a couple of German prisoners back behind the line and for you to ‘hurry back’. You did what you had to do.”

While working as a truck driver in the 1950s delivering sides of beef, he makes first contact with Russell Bufalino (Joe Pesci), the ruthless boss of the Pennsylvania-based Bufalino crime family. At first a mob gofer, Sheeran quickly bonds with the older man and begins his rise in the mob hierarchy. Never wavering in the carrying out his orders, he matter-of-factly kills whomever he is ordered to eliminate. Like most mobsters, he belongs to a Catholic parish, but carefully segregates its ethics from those of his professional life. Love and mercy may be the church’s highest values, but these have no place in a life in which loyalty and the oath of silence in the service of power are the ultimate values. He is dubbed “The Irishman” because all of the other thugs are Italians.

When he is told to work for Jimmy Hoffa, the latter’s first words at their introduction include the book’s title, “I heard you paint houses,” which was mob lingo for “murder,” the victim’s spattered blood being the “paint.” As played by Al Pacino, we can see how the fiery Teamster president evoked such enthusiastic loyalty from his union members. To them he was the little guy standing up to the bosses. As head of the Teamsters Union, Hoffa was one of the most powerful men in the nation. Frank’s efficient and faithful execution of orders leads Hoffa to place complete trust in him, and Sheeran comes to regard the man as one of his best friends. Hoffa raises his lieutenant’s status by getting him elected as president of a Teamsters’ local in New Jersey. The many scenes of the two men together so often makes Sheeran’s later deed all the more reprehensible.

There are subplots dealing with mob support in stuffing Chicago’s ballot boxes with pro-Kennedy votes in 1960, and then Bobby Kennedy’s vendetta against Hoffa, the besieged union leader regarding the investigation as a betrayal after their earlier support. There is even a scene in which Sheeran drives a truck load of military weapons to Florida where they are unloaded by a group of Cubans for their use in their ill-fated Bay of Pigs invasion—the mob hated Castro because he had closed down their lucrative clubs and gambling operations in Havana.

The brutality in the film, is laced with considerable humor. During a series of killings Sheeran drops gun after gun into a river. As he comments that they “could arm a small country,” an underwater camera shot shows us the river bottom littered with handguns. In a conversation with Hoffa, Sheeran says that Tony is going to be at a meeting, and Hoffa asks, “Tony. Which Tony? They’re all named Tony. I mean, what’s the matter? Italians, they can only think of one name.” And this exchange, Jimmy Hoffa: ”Who’s gonna be there?” Frank Sheeran: “Everybody.” Hoffa: “Tony, Tony, Tony, Tony, and Tony, huh?” The criminals’human side is also brought out by such touches as Russell bickering with his wife over smoking in their fancy car.

This is a man’s film, Sheeran’s two wives barely making an impression. But woven into all the above are domestic scenes involving his taciturn daughter Peggy, played by Lucy Gallinaas as a child and as an adult by Anna Paquin. It is this which chronicles the loss of Frank’s soul. The wives, like all mob wives, accept their husband’s career without question, but Peggy shows by the expression in her eyes that she knows what her father does and is repelled by it. When Russell Bufalino tries to befriend her, she largely ignores him—at a bowling alley and later when he gives her an expensive Christmas gift. She resists her father’s plea that she open up more to his friend, but she barely speaks to Bufalino. When she grows up, she breaks off contact with her father, refusing to visit him at his retirement home.

One almost gets the impression that the elderly hitman, looking back on his life, realizes the futility of it all, much as the author of the Scripture’s most pessimistic book, beginning his work with, “Vanity of vanities! All is vanity.” Showing in theaters as well as on Netflix, this is the film this year for crime buffs. Both the great cast and the director rose to the challenge of an excellent script. Some of the facts are debatable, but what Joseph Campbell might agree as the antihero’s journey, is one you will be glad you looked in on.

Based on his memoir, this is the story of how mobster Frank "The Irishman" Sheeran rose up in the Mafia, becoming a hitman & friend of Teamster Jimmy Hoffa, whom he allegedly killed.
Editor Rating ★★★★★5 out of 5
More Details